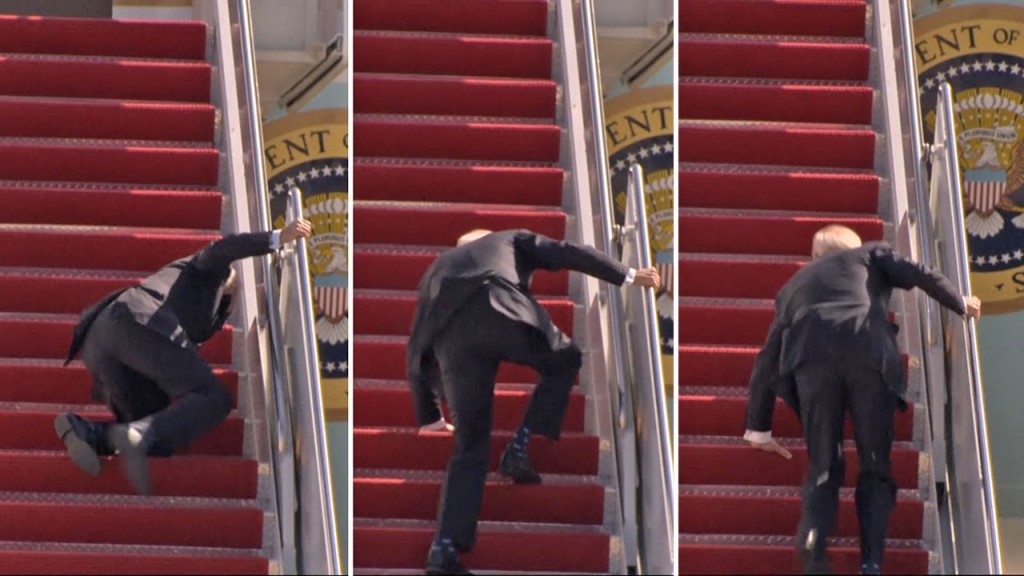 As the war between Russia and Ukraine grows more violent every day, both Putin and Zelenskyy fear for their lives. And according to recent evidence, the Russians plan to neutralize possibilities of American interference.

While we don’t know much about the tech, the CIA has deciphered that the S.T.A.I.R.S. (systematic tripping and intentional retribution structure) functions by deactivating Biden’s calves and preventing basic muscular actions. In other words, it’s a complex machine that cripples Biden by making him do an everyday task.

Biden responded to the intel by saying “um uh you should uh have some chocolate chip ice cream, I think that um I believe JFK put it best when he said ‘I had a dream that well you know the thing.’ But what JFK really um uh meant was that Ice cream is what will uh help these Iranians.”

When asked about implementing a no-fly zone over Ukraine, Biden responded, “C’mon man, here’s the deal, a no uh fry zone is dangerous, because um people are going to uh be driving away from the restaurant but they’ll be uh looking through their bags, which could be very dangerous because Russia might retaliate.”

In the meantime, Biden’s handler has signed him up for weekly stair training. While the process is difficult and dangerous, it’s necessary for the United States to protect its strong and competent leader.