More
JesuitRoundup.org is brought to you by:
Home Viewpoint Politics We Need Stricter Gun Regulations 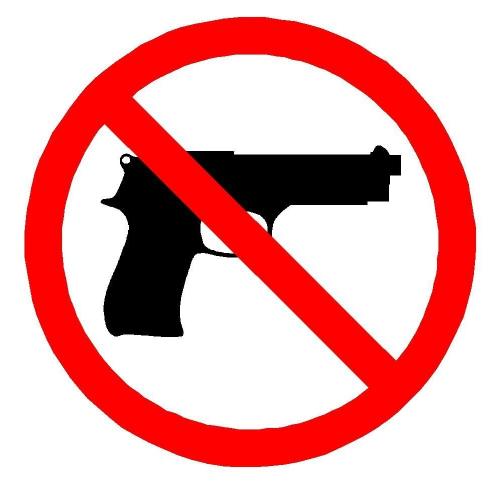 Isaiah Eamon Shoels lay on his side on the grainy, rough, black carpet in the library of Columbine High School on the morning of April 20, 1999. One can imagine him nervously rubbing the coarse rug with his quivering fingers. Even though his ears rang with the occasional gunshot and gruff shout, an eerie, white silence filled the room. Dozens of terrified teenagers desperately huddled together under tabletops, eyes squeezed tight, tears streaming down paled cheeks, the muffled sobs of a classmate making Shoels shudder. Unimaginable is the fear he must have felt as he heard the calm, calculating footsteps slowly approaching, his heart beginning to race and a wave of adrenaline flooding through his body as he wonders if they might pick him as their next victim. Sadly, Eric Harris and Dylan Klebold did choose Isaiah. He died that day from a gunshot wound inflicted by two deeply disturbed teenagers.

Isaiah Eamon Shoels was 18 years old on April 20, 1999. He was a popular student, a football player and a wrestler, as well as a talented musician who dreamed of attending an arts college and becoming a music executive. Isaiah, however, never realized any of these dreams. He was one of 13 students murdered that day by Eric Harris and Dylan Klebold.

Despite federal laws requiring background checks for any individuals purchasing firearms from a registered gun dealer, the guns used by Harris and Klebold in the Columbine massacre were purchased legally—without any background check whatsoever. “How is that possible?” one might ask. The guns were purchased at a gun show. Harris and Klebold are not alone. Although many men and women who purchase firearms every year at gun shows do so for lawful purposes and never fire them with the intent to harm another person, the sad reality is that the free trade of firearms at gun shows without any background checks provides precisely the legal loophole that individuals with more harmful intentions need in order to acquire the weapon of their choice. It is therefore imperative that Congress pass federal legislation outlawing all unregulated firearm transactions and instituting thorough and universal background checks for all firearm sales, whether by dealers, gun shows, or elsewhere.

The unfortunate truth is that gun regulations are unacceptably lax for the incredibly high levels of gun violence in society today. So far in 2015, there have been 11,592 incidents of gun violence, 3,149 of which resulted in deaths. In 2014, there were 51,414 gun violence incidents, and more frighteningly, 281 incidents of mass shootings. Firearms are used in approximately 70% of the nation’s murders, and in 2013 there were more gun deaths than motor vehicle deaths in 17 states. The high level of gun violence in today’s society is a frightening truth, a truth that is only exacerbated by the unfettered firearm transactions that occur so frequently.

Federal legislation regarding the prolific gun shows allows private merchants, most of whom do not have federal licenses, to sell firearms to any customer without background checks, making it very easy for criminals and the mentally ill alike to obtain anything from handguns to assault rifles without any investigation into their legal eligibility to do so. What worsens things even more are “straw purchases,” or purchases made by someone on another’s behalf, making it possible for almost any person to have access to a firearm with ease. The Department of Justice Bureau of Alcohol, Tobacco, Firearms and Explosives (ATF) approximates that 5,000 gun shows are held annually. In a recent two-year investigation of a variety of gun shows, the ATF found that 84,128 firearms had been diverted from legal to illegal commerce, and felons had been associated through either buying or selling firearms with nearly 46% of the investigated gun shows. This is a particularly frightening statistic, as it sheds light on the fact that a criminal can not only acquire the firearm of his/her choice, but also do so without any legal ramifications, due to the lenient federal regulations on firearm transactions. And while some would argue that stricter regulations on gun show transactions may not immediately solve the problem, increased regulation can only slow the spread of firearms into the illegal gun trade and eventually lead to a society in which the majority of guns are bought legally and with thorough background checks.

A hot topic, especially in Texas, that adds a complex dynamic to the gun regulation debate is open carry. In fact, open carry rights have exploded with such speed that state legislatures have lagged behind, resulting in almost no regulation in most states. Currently, an astounding 31 states allow unrestricted open carry of handguns without a permit or license, 13 allow open carry with a license, and only six completely prohibit the open carry of handguns, while some local jurisdictions enact varying levels of restriction on the practice.

This blatant lack of regulation poses a number of concerns. Primarily, open carry adds an element of chaos into society, especially for law enforcement officers, who are now tasked with discerning the “good guy” and “bad guy” carriers in any given situation. With the introduction of open carry, law enforcement officers in the aforementioned 31 states have no jurisdiction to arrest a potential criminal open carrying a firearm, since they are acting in a completely legal manner. Additionally, many open carry advocates argue that open carry deters criminals from perpetrating crimes. However, this argument is predicated on the assumption that a given criminal will enter an establishment where there is a citizen carrying a firearm who is also willing to use it on the criminal, which is ironic since open carry advocates argue that the practice supposedly deters violence.

Congress must pass federal legislation to regulate all firearm transactions and enact background checks to combat criminals’ ability to obtain the weapon of their choice with such ease. Moreover, the federal government, which has thus far released no legislation on open carry, must quickly change their negligent laws and develop a strong stance against open carry while it is still in its early stages.

It goes without saying that this is an impossibly complex issue with no easy answers. There is no black and white on gun control, but rather many shades of gray. This is a debate that calls for thoughtful, non-partisan, and non-political discussion between those with many different viewpoints. This is precisely the discussion that this article encourages and promotes. Think about the views presented in this article, discuss with friends and family, and formulate individual opinions.

However, we can all agree that the most important thing when debating gun control is preventing another tragedy like the Columbine Massacre that took the lives of Isaiah Eamon Shoels and 12 other innocent students.