More
JesuitRoundup.org is brought to you by:
Home Viewpoint Culture UFC 274: Oliveira vs Gaethje 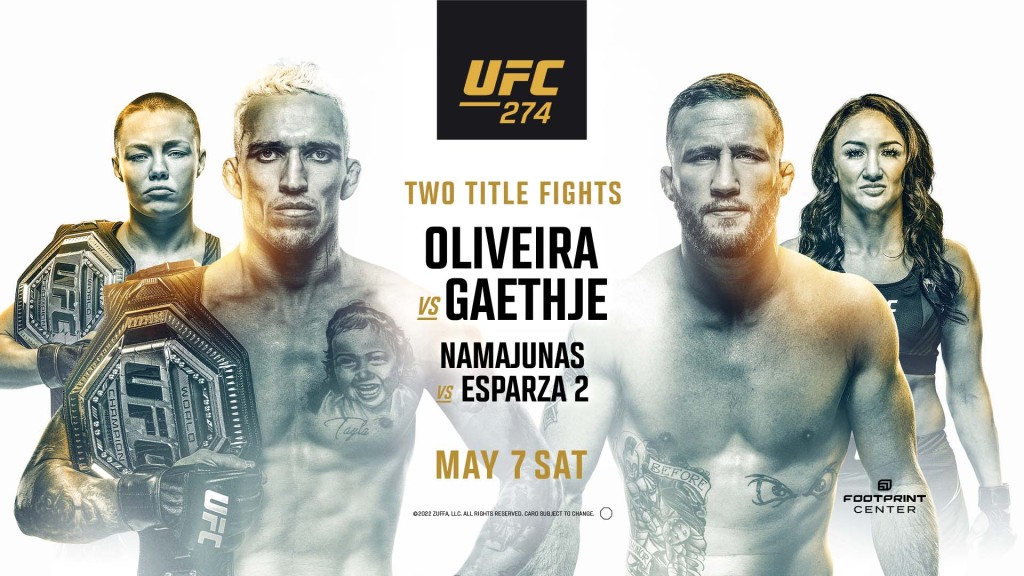 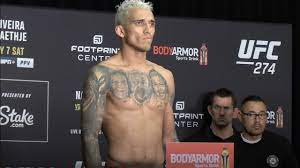 Before we even begin speaking about the fights, this specific event for the UFC has definitely earned itself the reputation as the most controversial UFC event because of the beforehand controversies that occurred the previous day. Charles Oliveira, the main event fighter, weighed 155.5 pounds, exceeding the weight restriction.

He exceeded the weight limit by half a pound which his weight division (lightweight) is the 155-pound limit in order to fight. Due to the weight miss, Oliveira will forfeit a percentage of his purse from the fight. As of this moment, Oliveira remains the UFC lightweight champion, but upon the start of the main event headliner tomorrow night he will vacate the 155-pound title ranking him as the number one ranked lightweight in the world with no official champion in the lightweight division.

The fight will proceed as scheduled, but the championship will only be on the line for Justin Gaethje. If Oliveira wins, he will be the number one contender for the vacant lightweight championship and will fight the next challenger for the undisputed title belt at a time and place to be determined meaning that Charles is stripped of his championship belt and will have to earn it back all because of a weight miss.

Charles even had an hour after the weigh-ins to cut down the half pound of weight that he exceeded, but he failed to do so resulting in a loss of his world champion title making the MMA world erupt with anger over the severe punishment for the champ. 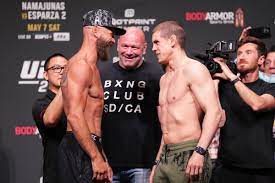 Another big occurrence during the card but most devastating news was that Donald Cerrone (36-16) would not be fighting as he mentioned to the booth on the day of the event that he came down with a non-covid related illness and will be absent from his fight against Joe Lauzon (28-16). Donald Cerrone would come down as the favorite with a -220 and Lauzon with a +170. Pernicious to say the least, UFC fans around the world were stoked to watch their beloved Cowboy Cerrone bounce back from his previous fight against Conor McGregor where he was knocked out in the first round. His own words being, “I didn’t even want to the be in the octagon that day.” But instead, the sickness got ahold of Cerrone preventing him from proving his upgraded performance since his last bout. 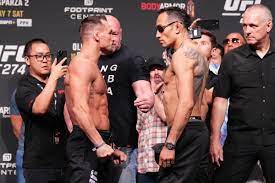 Tony “El Cucuy” Ferguson (26-7), the underdog with a +270 rating, would go against Michael “Iron” Chandler (23-7) the favorite with a -330 rating, for a lightweight bout. Ferguson being the number 7 lightweight in the world was coming off a three-fight losing streak hoping for a break and to become a higher rank in the lightweight division, but that hope would soon be destroyed.

Referee Jason Herzog would proctor his last assignment of the night for these two men. The first round between the two men executed a bunch of exchanges with only 70 total strikes the whole bout. Although El Cucuy had incredible control time over Michael Chandler grappling his opponent for 2:29 seconds the first round was seeming to go Ferguson’s way according to the judges. The second round comes along and Chandler is fired up. Iron forecasted a knockout early before the fight during the press conference and he forecasted correctly.

Chandler wasted little time in the second round before bringing the bout to a close. As Ferguson came in tight towards Chandler, Michael executed a crisp front kick to Ferguson’s chin, landing flush, knocking him clean out, only 17 seconds into the second round. Tony was lying unconscious and reportedly traveled to the hospital in Phoenix (site of the event) but was released the next day. This knockout has been considered a Hall of Fame knockout in the UFC, even president Dana White claims, “The most vicious knockout I’ve ever seen.” The former Bellator champ would soon call out Conor McGregor in hopes of a future lightweight bout in his octagon interview from Joe Rogan broadcasted around the world. 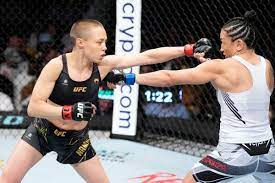 The women’s straw-weight championship concedes of two well renowned female fighters with Rose “Thug” Namajunas (12-5) attempting to protect her belt and Carla “Cookie Monster” Esparza (20-6) looking to take it back for herself in one of the most anticipated female bouts of UFC history. These two ladies fought back for the first UFC straw-weight championship in The Ultimate Fighter 20 Finale.

Esparza became the first women’s straw-weight champion with her rear-naked choke submission over the young Rose where she, unfortunately, tapped out. This co-main event earned itself the worst fight of the night and quite possibly the most boring fight ever in the UFC. Fans began to ‘boo’ the young ladies during the third round of five because no strikes were being thrown and there was absolutely no action.

UFC fans around the world were going rambunctious over the internet insulting and angrily hating on the fight and the two women for not putting on a show. The bout contained only 68 TOTAL strikes the whole five rounds with Esparza holding two takedowns to her name which ultimately screw the cork on the bottle for the judges granting Cookie Monster the new Straw-weight Champion of the world. Many fans despised this decision and many fans were happy in hopes of Namajunas being stripped of her belt because of her poor performance which is purely acceptable. 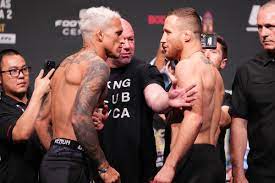 The main event of the evening was one for the record books. A lightweight world champion vs the number 2 ranked lightweight in the world. Charles “Do Bronx” Oliveira (33-8) a Brazilian jiu-jitsu fighter hopes to defend his belt (which was taken from him from a violation of the weight class) from Justin “The Highlight” Geathje (23-4).

The former champion is notorious for his brutal and impenetrable submission game as he represents a solid 11-fight win streak over some of the greatest fighters the UFC has to offer. He holds 18 finishes (1st all-time), and 15 submission wins (1st all-time) to his name proving that Do Bronx is the real deal as he is placed as the #5 ranked pound-for-pound fighter in the world.

He beat Tony Ferguson by unanimous Decision in 2020, as well as won by TKO against Michael Chandler in 2021; two other fellow fighters competing against each other on the card. He also submitted Dustin “The Diamond” Poirier in 2021, who is a former Interim UFC Lightweight Champion, meaning that the interim championship belt was created initially for current belt holders who were unable to defend their title due to contract disputes, injuries, or other reasons. With the creation of the interim belt, the current champion is given time to come back while not having to vacate their title.

As of April 18, 2022, he is #1 in the UFC lightweight rankings and #7 in the UFC men’s pound-for-pound rankings. During the bout, each other participant recorded a knockdown with only 54 total strikes the fight ended only 3 minutes and 22 seconds into round one with a rear-naked choke submission by Charles to add another one to his win streak. Gaethje, the favorite in this matchup was infuriated at the result of his performance for tapping out early in the first round.

Tune in to the Roundup for more UFC recaps!