More
JesuitRoundup.org is brought to you by:
Home Viewpoint Culture The Fate of Sports Streaming — Bally Valley Monopoly 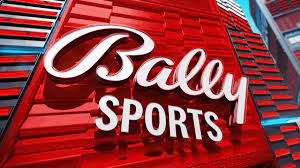 Game two against the Mavericks and Jazz was one of the best Mavericks playoff games of all time. The Mavericks without Luka battled all 48 minutes to beat the Jazz 110-104, as they scorched the Jazz from beyond the arc, hitting a franchise-record of 22 threes. This was a game for the ages for any Mavs fan. But for many, all they saw was the infamous words “blackout restriction” or “this channel is currently unavailable.” Many looked with frustration at Bally Valley sports, which currently has the streaming rights for a majority of the Maverick’s regular-season games. Fans were furious at the streaming service for not being able to access and watch the game. Mavericks fans are not the only ones mad at Bally however. (States and teams that Bally owns streaming rights for)

The Facts of Bally Valley Sports

Bally Valley Sports has built a monopoly of rights to stream games for the NBA, NHL, and MLB. With 16 NBA teams, 12 NHL teams, and 5 MLB teams under the iron grip of Bally Vally Sports, this list grows more each year. Many of these fans whose team is under the Bally Sports contract have shown their passionate hate for this streaming website. With Reddit posts explaining why they hate Bally Sports, many use explicit language to describe their hatred for Bally. It is not just sports fans, but the media has also boarded the hate train for Bally Sports. Many news outlets from across the U.S have written their criticism of the streaming service. Big news outlets such as the Cleveland Scene and the Dallas Morning News have written an article expressing their thoughts on Bally Valley Sports. The hate is so widespread there is a small Twitter account dedicated to bashing Bally Sports, Names such as Sinclair and “heart of the fans” bring thoughts of anger to any fan, whose team is under the control of Bally Valley Sports.

The disdain for Bally is not without good reasons.

One big gripe many sports fans have with the website is the cost of Bally Valley sports. The cheapest way to stream Bally Valley Sports RSNs (regional sports networks) is with a subscription to DIRECTV STREAM’s Choice Plan. The price of the Choice Plan is roughly around $89.99 a month. The Bally Valley App is no cheaper. According to projections, fans can be paying 18.75 a month for Bally. This price is so steep, that some restaurants and sports bars can not carry the streaming service.

Another problem many fans who can watch Bally Valley Sports is the quality of images and sound quality. Many have complained about Bally’s low-quality videos and the consulting problems with the video when streaming. Another problem to address is with the sound, where many complain about the commercial broadcasted is too loud.

Bally Valley Sports was the original Fox Sports Network. Still, when Disney bought Fox, they decided to sell the broadcasting Network to which Sinclair bought it. They took control of the 21 regional networks owned by Fox and rebranded them to Bally. With this, almost all sports teams’ games are broadcasted by Bally, and if you do not have Bally, you will see the “Blackout Restrictions” on your TV screen. Most fans do not have Bally or DirectTv streaming services, so most fans can not watch the games.

The fate of sports streaming looks grim in the hands of Bally Valley Sports with only more frustration to come. As a Mavericks fan, I hope that Mark Cuban will get out of this evil company contract. But only time will tell if the future of sports streaming is truly doomed or if there is still hope.