More
JesuitRoundup.org is brought to you by:
Home Viewpoint Politics Take Two 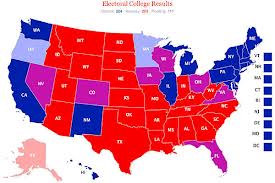 By now it’s official: President Barack Obama has won re-election. Carrying nearly all the battleground states and currently leading in Florida where it is too close to call, Obama defeated Republican candidate Mitt Romney by a substantially large electoral college margin. However, for all the jubilation of Democrats across the country yesterday, the president faces a series of daunting challenges in the days, months and years ahead.

Sequestration- the “fiscal cliff”- is planned to be enacted at the end of this year, barring quick congressional action. Iran, although crippled by economic sanctions, still looks to develop its nuclear capability. The economy, while improving, is growing much too tepidly. Sensible, robust immigration reform has yet to be enacted.

Yet as serious as those issues are- and all of them are quite pressing- they are neither the most difficult nor the most important the president will face.

The country is fiercely divided. The last two years has been filled with debilitating gridlock in Congress, who had a 21%  approval rating in the last Gallup poll before the election (which, is actually quite good comparatively). And even though each campaign and the super PACs and external organizations that support them have spent nearly $1 billion each on ads, the balance of power has not drastically changed. The Democrats added two seats to their majority in the Senate and they may also gain a handful of seats in the House, but not enough to take control. The country is more or less in the same situation it was in before the elections.

So where does that leave us? If you’re pessimistic (or realistic) it probably means another four years of gridlock and fierce partisanship.

It is President Obama’s most critical responsibility to make sure he fosters an atmosphere for bi-partisanship and camaraderie.

While he ran on a post-partisan platform in 2008, he has failed to decrease the heated rhetoric and intransigence of both parties. In my opinion, he made significant extensions of bi-partisanship by appointing Republicans Ray LaHood and Robert Gates to the Secretary of Transportation and Secretary of Defense, respectively, extending the Bush tax cuts and even extending gun rights, just to name a few.

However, he isn’t blameless either.

Most reports show he hasn’t developed good relationships with members of Congress, his rhetoric during public appearances can sometimes be over-the-top, and it appears that during the debt ceiling discussions, he gambled to get a better deal than he had been offered, and no plan resulted because of it. And most recently, he led a presidential campaign that was divisive at times- think Big Bird and “binders full of women.”

At the same time, Republicans, especially after they recaptured the House in 2010, have not gone to great efforts to work with the president to address some of the nation’s most pressing problems. Nearly all Republican members of Congress have vowed to never raise taxes by signing Grover Norquist’s Americans for Tax Reform pledge, making compromise much more difficult with Democrats. Some in Congress have relentlessly questioned the authenticity of his birth certificate. The Republicans in the Senate have exercised the most filibusters in history. And just recently, Republican vice-presidential candidate Paul Ryan remarked that the “path the President has put us on…compromises those values, those Judeo-Christian values that made us such a great and exceptional nation in the first place.”

It is not a statement of false equivalence to say that both parties are to blame for the deterioration of civil discourse and production on Capitol Hill.

And the leaders in the Senate – Majority Leader Harry Reid and Minority Leader Mitch McConnell have proven themselves to be inept. Aside from the record number of filibusters led by McConnell and the blockage of amendments by Reid, both have made clear their intention not to work across the aisle: in an interview published in the National Journal in 2010 McConnell said, “The single most important thing we want to achieve is for President Obama to be a one-term president”; Reid recently said that “Mitt Romney’s fantasy that Senate Democrats will work with him to pass his ‘severely conservative’ agenda is laughable.”

There are no true leaders and moderates in Congress anymore, so President Obama must fill the void, a not-so-easy task.

After seeing the results from the presidential election I don’t believe that the president received a clear mandate. Not only did the president only win the popular vote by the slimmest of margins, but the country also gave the Republicans a decent majority in the House.

If the latest post-election rhetoric is any harbinger, then this might be feasible.

In a recent interview, Speaker of the House John Boehner, said that “We’re willing to accept new revenue under the right conditions.” According to most analysis and the tone of the president’s inauguration speech, the president is also committed and determined to reach a budget compromise that includes more substantial reform to entitlements and is more acceptable to Republicans.

It appears possible that after a bitter campaign, our country can finally come together to solve our most pressing issues- together. The political atmosphere in our country has become so toxic and divisive that   we demonize those who differ from our views. Over the past few years, the leadership in this country has done just that, but we can do different. No matter your political ideology, accept the election results for what they are, seek out opinions different from your own, and raise the level of civil discourse.

It’s easy to get caught up in the partisanship, but we agree on much more than we don’t, and that’s easy to forget.