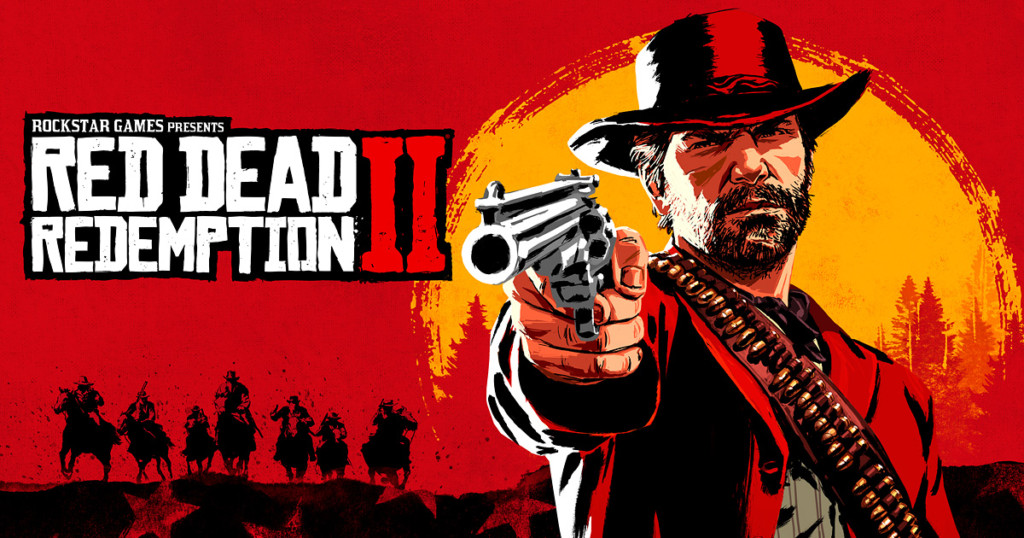 This new video game just broke records with the highest opening weekend sales in the video game entertainment history according to Forbes. This console exclusive, requiring a massive 88 gigabytes of space on Xbox, is no joke, breaking countless news headlines. So what is this Rockstar game with a 10/10 on IGN and 97% Google like rate?

Red Dead Redemption 2 is the open world, cowboy prequel providing an immersive experience into the realm of historical fantasy. Setting the stage for the original game, Red Dead Redemption, the player takes control of Arthur Morgan, an outlaw of the Dutch Van der Linde gang. Set in the year of 1899, the gang’s outlaws resist the ever-rising industrialization of America in the Westward expansion. Believing the worst vices of humanity such as greed and corruption stem from civilization, the gang, bound together in their belief of “true” American principles, aims to revert the nation to a time of freedom and survival while facing off many enemies from the government and other gangs. 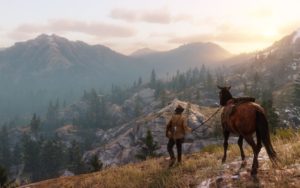 (image provided by The Telegraph UK)

The massive download size really speaks for itself in the top-notch graphics of this game. The artistic design encapsulates the total ambiance of each mission. Each area varies with the weather and time to provide the most realistic experience available. The graphics complement the vast landscapes very well.

After a rather arduous and puzzling introduction, the player must use the clunky controls and unclear mechanics. After a few hours, the controls begin to feel fluid, but they heavily interfere with early gameplay. The aim trigger and interact key both use LT, requiring weapons to be stocked unless you want a shootout. Sprinting on foot or horse involves a repeated tapping of “A” across tremendous distances in this enormous map. The aim-assist regularly interferes with large battles. But after finally getting used to the button layout, the player really senses the true amount of immersion in this game. Both the character and horses require regular feeding. The environment affects behavior and stats. Guns need maintenance from wear and tear. Hunting animals increases the chances of predator attacks. Each of these variables play a part in your success.

The open world choice mechanics most directly involve player interactions with everyday NPCs rather than the main questline. The honor system changes based off choosing to help the random characters throughout your journey or choosing to play the villain by robbing and murdering for quick cash. The honor system changes NPC hostility toward you and the prices of goods at the many stores. The interaction menu uses a dialogue tree, creating a unique experience in relation to the player’s decisions. Appearance also affects interactions such as the last time Arthur had a bath or visited a barber. With so many options, the game tailors a unique experience to everyone.

Contributing to the open world feel, Rockstar places nearly no limits on what your character can do. Want a break from the questline? Go hunting or fishing for some quality food items and pelts that Arthur crafts into tools. Do you desire to embody the nature of a true outlaw? Go rob a train, racking up piles of money for your spending. Would you rather dedicate your life to helping others in the harsh west? Take your horse out on the numerous side quests to aid others in their travels. 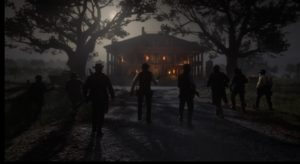 The generation after the civil war now sees a time of technological advancement and urbanization. After years of living according to his moral code, Dutch Van der Linde assembles a gang that steals from thieves and helps the victims of society. With his colorful character and giddy charisma, Dutch closely bonds with his comrades in crime, referring to them as his family. After a failed heist, the gang flees for its survival – more importantly – the survival of its ideology. Recognizing the ever-advancing urbanization, Dutch renders the time of anarchic freedom moribund. Believing himself and his family as the last followers of American freedom, Dutch leads the gang on robberies, battles, and other escapades to persist his moral code. Ranging from swamps, plains, mountains, cities, and plantations, Arthur follows Dutch through multiple thrilling crises in the pursuit of freedom.

Rockstar has once again created a masterpiece combining newest technology with a riveting storyline. Despite the frustrating controls at the beginning, every detail in the game reflects the amount of effort put in. Red Redemption 2 initiates a new standard of quality in entertainment that will take years to beat. Ranger rating: 9.7/10