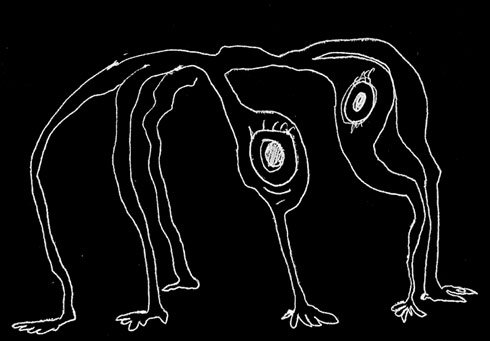 On the 18th of February 2011, Radiohead released its eighth studio album, The King of Limbs. One of the definitive rock groups of our time, Radiohead is known for its innovative approach to music, and this latest release certainly perpetuates that reputation.

The King of Limbs was produced with longtime band friend Nigel Godrich. A close companion since 1994, he has produced every one of the band’s studio albums since The Bends and has well lived up to his appointed title as the “sixth member” of Radiohead. Common in all Radiohead’s works is a perfect layering of sound, a yawning array of seamless and flawless tracks upon tracks for which Mr. Godrich is largely responsible. “He’s brilliant,” says guitarist Jonny Greenwood. “He can make everything sound like it’s working together rather than us trying to kill each other.”

And no album demonstrates this better than The King of Limbs. Radiohead answers to its fans’ demands for incredible depth of sound, burying the deepest center of the apt listener’s mind under manifold layers of beautiful rhythm and melody. The first half of the eight-song album is built upon toppling drum tracks and is overall more guitar-heavy than the second half, which focuses more on an expressive atmosphere and covers the signature Radiohead guitar leads under a blanket of ambient sounds and poignant piano. Among the typical instruments of a traditional rock outfit are a variety of unique contraptions, including computerized mechanical noise-makers, distorted orchestral work, the ever unnerving Ondes Martenot, and a flock of small chirping birds.

Radiohead’s tendency to overwhelm listeners with depth can be seen in the album’s second track, “Morning Mr. Magpie.” While the song retains a consistent time signature and percussion pattern throughout, sporadic and unsynchronized drum beats in the background build a sense of inconsistency, capturing the mind in their maze of collisions. The percussion creates a sensation of falling forward through time as the song stammers and the listener falls deeper into its tension. This, combined with singer Thom Yorke’s eerie lyrics and brilliant melodies over multiple guitars striking muted but potent strings of notes, captures the mind in a way that few artists can.

Not only does Radiohead incorporate artistic tension into its music, but this affinity toward keeping fans anxious transfers over to its release methods, shrouding the group in a mask of mystery. Though there had been talk of another album, the band didn’t even confirm the album’s existence until five days before its projected release date. And just to stir things up, it released the album a day before it had initially planned via download on their website. In the past, the band has been praised for its unique approach to music distribution, releasing their 2007 album “In Rainbows” for a price that was to be determined entirely by the customer. Expecting more revolutionary methods, many were surprised to find that the album requires purchase for a determined price which varies depending on whether the album is downloaded online or ordered in the mail.

However, we may just see revolutionary methods yet. The mail-order Newspaper Album, as the site calls it, will not be sent out until the 28th of March, and those who have ordered can expect anything. All we know is that the album will include two clear 10” vinyl records and over six hundred twenty-five pieces of artwork. The thirty-eight minute digital release contains only eight tracks and is by far the band’s shortest release to date. As a result, much speculation has risen over the possibility of a future follow-up release. Several interesting facts stand out which point to something to hope for. First of all, the downloadable file contained in it states the characters, “TKOL1.” If this is TKOL1, then where’s TKOL2? Another major clue is the final track on the album. Though it had originally been titled “Mouse Dog Bird,” the band decided last-minute to rename it “Separator.” The lyric, “If you think this is over, then you’re wrong” is repeated multiple times throughout. Please Thom, don’t let this be over. More interesting conspiracy theories are available for pondering on thekingoflimbspart2.com.

Below is the music video for “Lotus Flower.” Both the song’s brilliance and the video’s choreography speak for themselves.