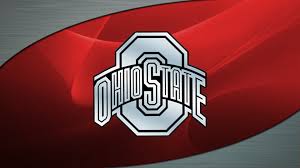 Even when college football is predictable, it’s unpredictable. Last season, with the featuring of the inaugural College Football Playoff, all four of the teams that made the playoffs began the season in the top five of the AP Poll. However, as usual, the way the season played out was unforeseeable. The Ohio State Buckeyes, the 2014 National Champions, relied on their second and third string quarterbacks to lead them to the promised land. Florida State, the 2013 National Champion, seemed to narrowly escape defeat every week, relying on fourth quarter drives from James Winston; however, the Seminoles’ luck turned as they were blown out in the playoffs. Hopefully the fun, the unexpectedness, the chaos will continue in the 2015 season.

Although weeks one and two of the season carry some predictive value, the eager fans of college football tend to put too much stock in the small sample size of a team’s first couple of games. After week one of last season, Kenny Hill was a Heisman front runner, Alabama’s new offense under Lane Kiffin struggled, and Ohio State did not look the same without Braxton Miller. Needless to say, as the season progressed, all of those speculations were proven wrong.

Last year in my preseason college football preview, I correctly predicted three of the four playoff teams. Let’s see if I can repeat that kind of accuracy. Below are the four teams  that I think will make the second annual College Football Playoffs.

Besides the other favorites, here are a few more surprise teams I could see making the playoffs:

Georgia Tech- With the growing popularity of the air raid offense, Paul Johnson and the Georgia Tech Yellow Jackets stick true to their triple option offense and somehow have great success with it. Although they will miss some of last year’s running backs, signal caller Justin Thomas returns and leads a unique but exciting offense that has the potential to carry them to the playoffs.

Texas A&M- The Aggies surprised everyone in their 38-17 domination of Arizona State. Kyle Allen, Speedy Noil, and the offense received much of the credit, but many people forgot the impact of Myles Garrett and the defense. If the defense can play up to that level consistently, the Aggies could shock the nation.

Oklahoma- Similar to Texas A&M’s defense, Oklahoma’s defense is very underrated. While Baker Mayfield, Samaje Perine, and Sterling Shepard receive much of the attention, Zack Sanchez, Charles Tapper, and Eric Striker have contributed just as much. The Sooners already escaped the Vols; we’ll see if they can run the table for the rest of the season.

Miami (FL)- The Hurricanes started off last season 6-3 and almost picked up their seventh win of the season against #1 ranked Florida Sate. After a deflating loss, Miami dropped its next three games, and now coach Al Golden is on the hot seat. Deep threat QB Brad Kaaya returns this year and seeks to improve his completion rate, which is already above 60% thus far. In addition, running back Joseph Yearby has done a decent job at filling in the shoes of Duke Johnson. If the defense can find a way to replace linebacker Denzel Perryman, the ‘Canes could surprise people this year.

Stanford- No team underperformed more in Week One than Stanford. Putting up a measly six points against Northwestern, the Cardinal offense failed to impress. The offense shows promise, led by veteran QB Kevin Hogan, an efficient running back tandem in Christian McCaffery and Barry Sanders, and a solid wide receiver, Devon Cajuste. Despite the offense’s stuggles, the defense has continued its dominance. If the Cardinals can rebound from an ugly start, the team could potentially shake up the standings in the PAC 12.

Arizona- It’s tempting to look at an offense’s points per game and declare that more points per game equals a better offense. However, these offenses are usually designed to maximize the amount of plays on the field by neglecting to huddle and increasing the tempo. While this usually generates more points, it is usually at the expense of the defense, which becomes fatigued and, in turn, allows more points. Arizona ran the most plays in college football last year, so ignore anyone who flaunts the Wildcats’ fifteenth place ranking in points scored. On a per play basis, the offense struggled; Anu Solomon was just alright, completing only 58% of his passes, not earning the heisman talk that he garnered early on in the season. The Wildcats have done little to improve this season, barely escaping UTSA in a 42-32 point victory and maintaining only a touchdown lead at halftime against Nevada. In short, do not buy the hype surrounding Arizona this year.

Temple- Largely underrated before the season began, the Temple Owls began the season with two upper-tier teams on the schedule, Penn State and Cincinnati, and defeated both of them. While the Penn State victory was impressive, the Cincinnati victory might have been less impressive than the score indicates as Cincinnati out gained Temple by nearly 300 yards. Do not get me wrong; the Owls should be good this season. But some reporters have jumped the gun, including Ivan Maisel who ranked them 14th in ESPN’s week two power rankings. As stated previously, do not overreact to week one.

Washington- The media fell in love with Washington’s hiring of Chris Peterson two years ago. Ignoring his success at Boise State, his Washington Huskies were simply mediocre last year. Although they won eight games, they were granted an extra game to offset the travel expenses of playing at Hawaii, so their record was actually 8-6. Also, none of those wins were against teams that finished with winning records. Finally, the Huskies have to replace quarterback Cyler Miles, almost the entire offensive and defensive line, and multifaceted defensive stud Shaq Thompson. All these factors combine to form a Washington team that should underperform this season.

Although the season has already begun, the fun is just getting started. Enjoy the chaos.