More
JesuitRoundup.org is brought to you by:
Home Featured BREAKING: Kyle Rittenhouse found NOT GUILTY on all counts 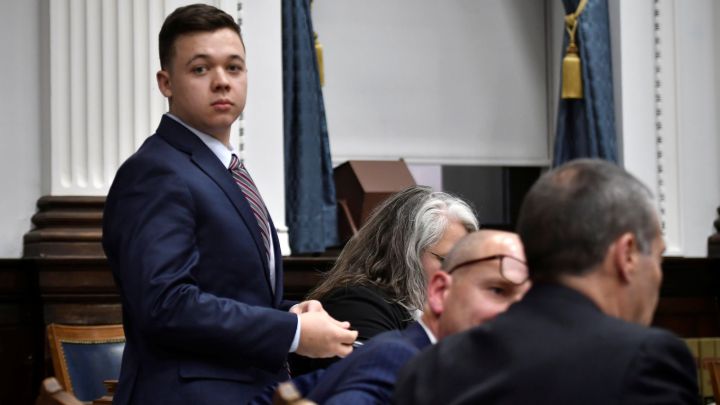 After four days of jury deliberations, Kyle Rittenhouse has been vindicated of three homicide related counts and two counts of endangering public safety. This closes a politically charged trial filled with legal misconduct and further fuels the current political division between conservatives and progressives.

On August 26, 2020, Rittenhouse, an Illinois resident, turned himself in after a lethal skirmish with racial-activist protesters. He killed two aggressors and injured another.

Count 1: First-degree reckless homicide, use of a dangerous weapon (Killing of Joseph Rosenbaum).

COUNT 4: First-degree intentional homicide, use of a dangerous weapon (Killing of Anthony Huber).

Wisconsin also charged him with unlawful possession of a firearm as a minor, however, this law only applies to short barreled weapons, not Rittenhouse’s AR-15, thus the Judge dismissed the charge.

From start to beginning, the prosecution couldn’t nullify Rittenhouse’s self-defense claim. Instead, they characterized Rittenhouse as the instigator in the conflict due to possessing a gun. Their worst argument referenced Rittenhouse’s past practices of playing war simulating videogames as reasons for his actions; however, Rittenhouse quickly rejected this line of reasoning, claiming he was out to protect businesses and administer first aid.

The defense was quick to jump on the prosecutions flaws and effectively turned prosecution witnesses into defense witnesses. Most notable was when Gaige Grosskreutz, the one survivor of the altercation, stated he pointed his own handgun at Rittenhouse prior to himself being shot.

It gets worse. In the beginning of the trial, the lead prosecutor, Thomas Binger, claimed Rittenhouse’s refusing to speak to authorities arrest was an admission of guilt. This resulted in the Judge giving the prosecutor a strong chastisement for ignoring the basis of the fifth amendment – or a person ability to decline questions in the court of law.

Mainstream Media’s Mishandling of the Trial

Most appalling is how left-leaning news sources have declined to cover the prosecutions flaws and have instead made baseless claims about that the judge and jury hold bias for Rittenhouse.

News anchors like Joy Reid (MSNBC) and Don Lemon (CNN) characterized him as a disingenuous, alt-right “vigilante” who only got away because of his race, and they ignored the mob chasing him down, at one point causing him to trip and get hit in the head with a skateboard.

They even defined the aggressors as “heroes,” even though all aggressors had criminal records including child molestation, strangulations, and possession of a firearm while intoxicated.

This has led to the American public’s ignorance over the situation and thus division over those who believe he is a murderer and those which see his actions as self-defense.

Wisconsin v. Rittenhouse confirmed an individual’s right to self defense regardless of perceived political alignment. At the same time, the case exhibited Mainstream Media’s heavy bias towards one political thinking.