More
JesuitRoundup.org is brought to you by:
Home Reviews Music Reviews Album Review: Regret by Modern 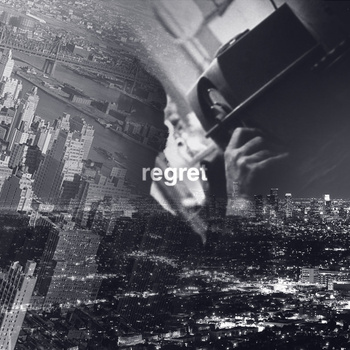 Sometime a couple years ago, an adolescent boy decided to create music in addition to fulfilling his academic obligations. Painstakingly saving his money, he purchased a turntable, a balanced pair of headphones, and also pirated audio software.

Initially, the boy didn’t give the poorly edited cacophony of sounds much credit. He just looked to his creations as something entirely independent, divorced from the commentary of parents, but still able to (albeit poorly) communicate his desires, aspirations, and goals.

Over time, however, his musical acumen became refined. What was once rife with poor samples, bad balancing, and a lack of vocal consistency has now become crisp, fluid beats, samples that dip in and give the music an edge without becoming overbearing, an unparalleled rhythm, something that he can share with others as his own form of art.

Extended analogies aside, this is what Modern did in his LP Regret. The music is his.  It is now.   He feels comfortable sharing his aspirations, goals, and, of course, regrets with others given that his maturity has not only grown in musical experience, but also in life’s experience. Outside of some poorly communicated idealism regarding relationships, it’s a good listen.

Coming from Generation Y, Modern’s music doesn’t take a definite form. Without completely ascribing to any genre, it carries aspects of prog rock, trip hop, and avant garde hip hop, as well as lounge music. It pulls from the diverse landscape that youth encounter today. He reflects on such things as his relationship with his father, his friends, and a woman he once loved.

The album is about his qualms regarding each of these subjects, and he introduces these subjects either through samples from movies or films or though his own vocalization; both methods are easy to resonate with and feel appropriate with in regard to the music itself.

Unfortunately, his tale doesn’t have a happy ending, but he communicates some pretty significant things regarding how he carries himself: “I think I’d rather die knowing that I was really good at something; that I had excelled in some way, than having been in a nice, caring relationship,” he explains.

This might seem cold and aloof to the average reader, but if it works for him, that’s great.