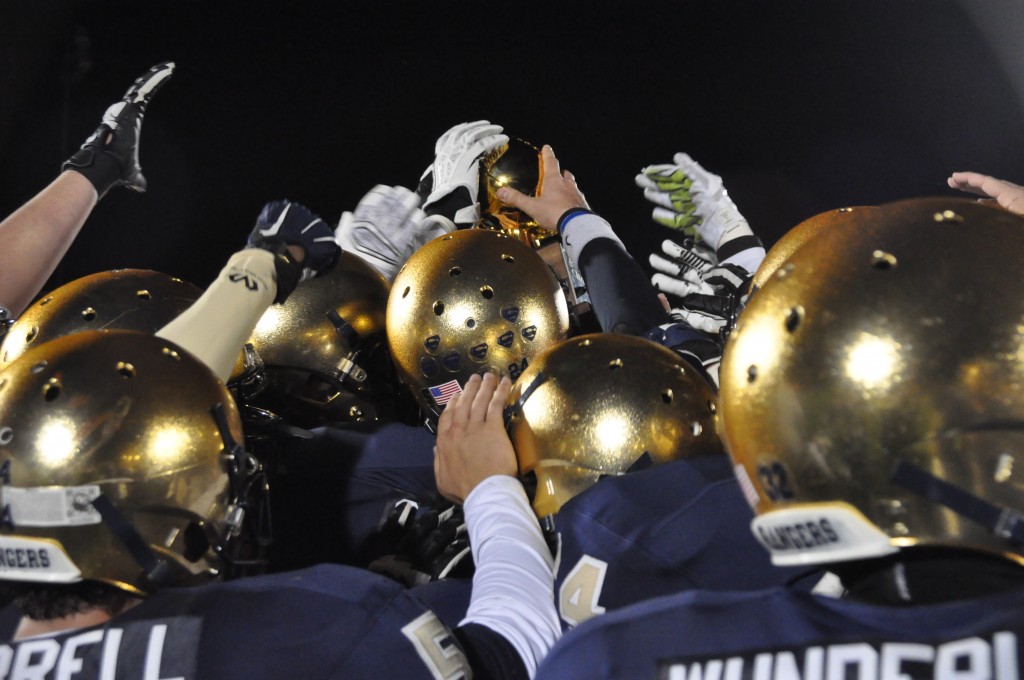 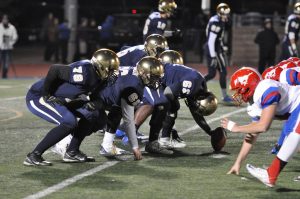 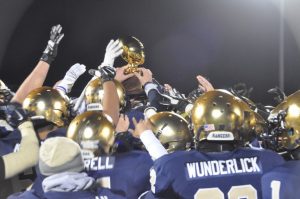 On one of the first cold Friday nights of the year, Jesuit took on J. J. Pearce in their first playoff game this season. Jesuit, who went 7-3 in the regular season, defeated J. J. Pearce, 5-5, in a 59-7 blowout win at Postell Stadium. Jesuit had the home field advantage for the first round and despite the cold, fans filled the stands to witness the Rangers move past Pearce in the first round.

Jesuit, hungry for their first playoff win of the season, received the ball first. Max Loughborough ’16 nearly took it to the house on special teams, stiff arming one player and eventually getting knocked out of bounds at the one yard line. The following play, Loughborough finally made his way to the end zone, running nearly untouched for a Jesuit touchdown. Just a few plays later, Bo Schneider ’15, a University of Central Florida commit, threw a bullet to Charlie Eikenberg ’15 for an 86 yard touch down to put Jesuit up 14-0. Three drives later, J.J. Pearce earned their first and only touchdown of the game off  of a decent run that followed a long drive. Jesuit’s diverse offense caught Pearce off guard the next drive in which Schneider found Loughborough wide open on a 20 yard pass for another Jesuit TD, widening the gap to 24-7 at the end of the 1st quarter.

From that point on, it was all Jesuit.  Loughborough scored yet again on the 6th play of the first second quarter drive, putting him at 3 touchdowns on the night. The Ranger defense refused to allow J. J. Pearce get on the scoreboard again, and forced another Pearce punt. Head Coach Brandon Hickman attributes the defensive stops to the defensive coaches Thompson, Maturi, Leal, and Golab who kept Pearce’s offense guessing. When back on the field, Jesuit’s offense went to their classic stop and go route from Peter Lynch ’15, to put Jesuit up 37-7 with 8 minute left to play in the half. Following the touchdown, Jesuit’s tremendous defense continued to impress and forced a Pearce fumble, which then led to a Jesuit touchdown. The Ranger’s second quarter onslaught did not stop there, for eventually Schnieder found Tommy Secules ’15 to close the half at 52-7. After dominating in the second quarter, Coach Hickman thought, “I felt our execution and mental focus gave us the edge [over Pearce].” 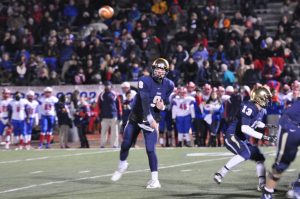 The second half was an evenly fought battle between the two bi-district contenders, and Jesuit managed to hold Pearce to 0 points over the whole half. The Ranger’s defense allowed Jesuit to stay atop Pearce, refusing to give the Mustangs a chance to come back, and ensuring Jesuit a ticket to the next playoff game. The final score to the game was 59-7. 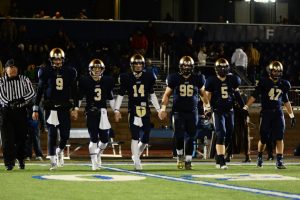 Over the course of the year, The Rangers have been working towards a deep playoff run, and Friday night’s game was the perfect way to start it. After winning the UIL bi-district trophy, Coach Hickman said, “I’m very proud of our kids and coaching staff. Everyone has worked extremely hard for this moment and deserves it.”

Next Saturday, Jesuit takes on Rockwall in the second round of the playoffs for the second year in a row. Ranked number 52 nationally, Rockwall will be coming for revenge against the Rangers, so make sure you come out to Wylie High School on Friday to support Jesuit.