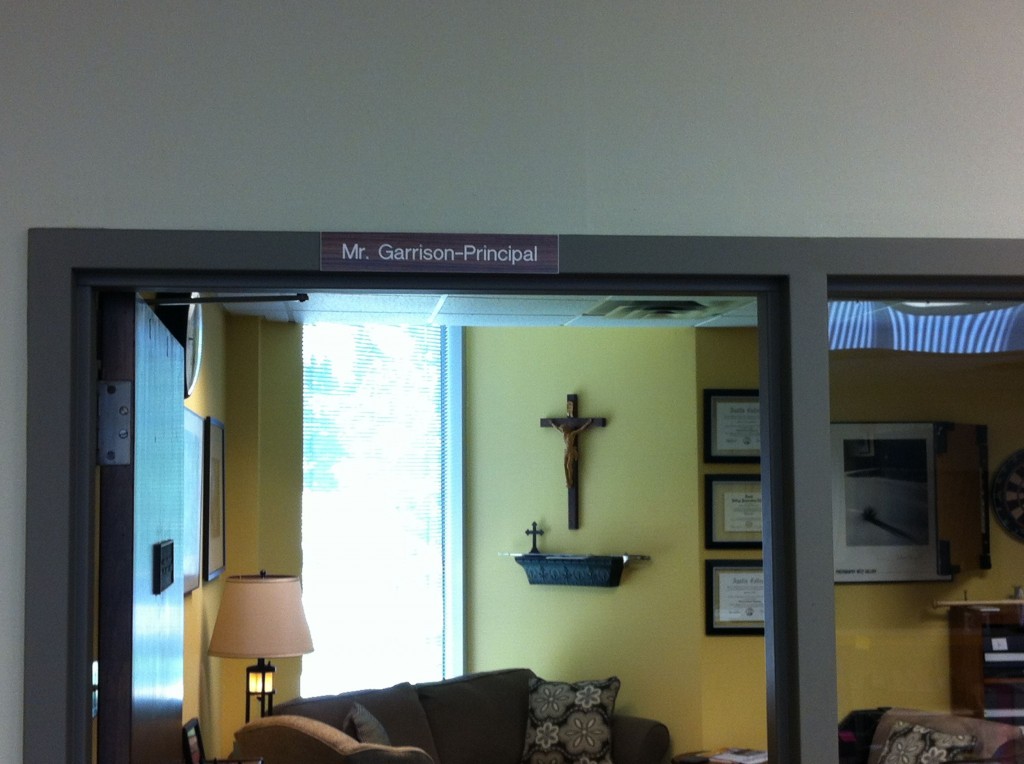 Jesuit students probably noticed the bone marrow donation stand on campus last week. Be the Match Registry volunteers handed out pamphlets and took cheek swabs of potential donors. The volunteers on campus explained that most potential donors never actually get called on to give bone marrow or peripheral blood stem cells (PBSC): only one in 540 registry members actually end up becoming donors. 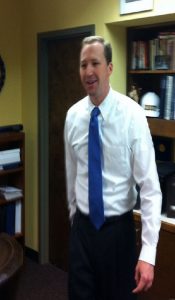 Patients suffering from a wide range of diseases, including lymphoma and sickle cell anemia, find their bone marrow cells impaired or even ablated by radiation treatment. In the 1970’s, doctors began performing bone marrow transplants to replenish broken down cells. But not just anyone can give bone marrow to those in need: a donor must share the recipient’s human leukocyte antigen (HLA) protein markers.

For more on the HLA matching process, see here: http://marrow.org/Patient/Transplant_Process/Search_Process/HLA_Matching__Finding_the_Best_Donor_or_Cord_Blood_Unit.aspx

Because a perfect HLA tissue match is needed and humans have a wide range of tissue types, some hosts have a harder time finding donors than others. For one Jesuit-connected man suffering from acute myeloid leukemia, the odds of finding a tissue match were roughly one in 20,000.

But, thanks to the extensive reach of marrow donation registries, the patient was able to find a match in Dallas, Texas, halfway around the world from his hospital in Germany. Tom Garrison, Jesuit Dallas’ principal, donated life-saving peripheral blood stem cells last October to aid this anonymous man.

When a patient is diagnosed with either a marrow-killing disease (like sickle cell anemia) or an illness that requires treatment harmful to bone marrow (like non-Hodgkins lymphoma), he has to find a marrow donor through groups like the Be a Match Registry. 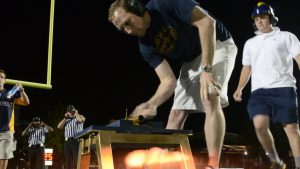 Some patients can find a bone marrow match among their immediate family, who boast a higher chance of sharing the patient’s HLA markers. But around 70% of patients require an unrelated cell donor.

The aforementioned German patient fell in to the second group: his immediate family did not have matching HLA markers. But this man’s genetics made finding a match nearly impossible. He possessed a very rare tissue type shared by only “one in twenty-thousand people,” according to principal Tom Garrison. So, like many in need of healthy bone marrow, the German patient and his family held out hope of finding a match.

Previously, in November of 2010, Jesuit had held a donation drive to benefit a Jesuit related family.  Mr. Garrison, a vice principal at the time, remembered being asked by his boss, then-principal Mike Earsing, to take the tissue test at the donation drive. “I took the cheek-swab test that day and forgot all about it.”

But the registry did not forget about Mr. Garrison. In the summer of 2011, he was contacted by Baylor Medical Center with incredible news: Garrison was a preliminary match for the German patient. “The Baylor doctors told me there was a one in seven chance that I would ultimately be the match,” Garrison remembered. “After running tests, they told me the [donor selection] process would take a few months.”

That donation time frame was dramatically sped up when the German patient went in to critical condition. Less than a month after undergoing tests, Mr. Garrison was back at Baylor Medical. “Doctors explained to me that the recipient’s health had gotten much worse and that I was the only match they found. Although they didn’t make me commit to donating, Baylor staff had me fill out loads of paperwork. It really hit me when I was filling out the forms that this was real.”

Doctors did ask Garrison for one commitment: to donate cells if he turned out to be a match. “For me, there was no question in my mind [that I would say yes].”

The advanced nature of the German patient’s disease meant that a selection process that normally takes several months was condensed into 30 days. A paltry two weeks after tests, Mr. Garrison was called on to be the donor. “I had the choice to give either bone marrow or peripheral blood stem cells (PBSC), and I chose to give PBSC. On homecoming week, I began the pre-surgery medicine preparation.”

PBSC donors give their blood stem cells, which can be formed in to bone marrow cells. In order to increase the stem cell count in the blood, donors are asked to receive filgrastim injections for five days prior to surgery.

Filgrastim can leave a patient feeling weak and sore. “The injections were not fun,” said Garrison succinctly. “I began getting shots on Ranger Day, and I was able to get through the process missing only two days. I had to leave the homecoming football game during the third quarter with cold-like symptoms.  The process was a pain, but I realized that the recipient was going through much worse.”

Finally, on the Wednesday after homecoming, Garrison was ready to give his PBSC. He went to Baylor Medical Center and was hooked up to an apheresis machine, which filters out blood stem cells from one arm and returns the remaining blood cells to circulation through the other arm.

“In my room there were 15 or 20 beds, and most were occupied by cancer patients,” Mr. Garrison said. “It was sobering to see the very ill people doing the same thing I was. They kept me very comfortable through the whole process. The needle that doctors used to take my blood, the same type of needle used in blood donations, hurt pretty bad. But the line back in [to my bloodstream] was more or less painless. Still, after six hours, I was ready to get out of there.”

For more on the PBSC donation procedure, see this video: http://marrow.org/Registry_Members/Donation/PBSC_Donation.aspx

During the six-hour procedure, doctors took out around one pint (or 500 ml) of peripheral blood stem cells from Mr. Garrison’s body. For   recipients in need, that tiny bag of light-pink fluid is sometimes the difference between life and death. “The whole thing is kind of magical when you think about it,” said Garrison. “The thing that’s really amazing is that [doctors] were going to take the blood, run tests on it, and send it with a courier to Germany that very day.”

Some donors of bone marrow or PBSC go through a very uncomfortable recovery process. The lack of bone marrow cells makes the donor’s body feel weak and even sickly. Luckily, Mr. Garrison had a relatively easy recovery. “I felt better the day after surgery, even better the day after that, and after a week I was feeling 100 percent. Other than an elevated heart rate for a few days, there was no painful aftermath.”

Fortunately the German patient was hooked up with a donor against heavy odds. In fact, if it weren’t for the on-campus registry drive, Garrison says he would never have found out about marrow donation. “Blood drives happen all the time,” said Garrison. “Bone marrow donation drives are so rare that I think it takes accessibility for people to be a part of it.”

After learning more about the bone marrow donation process during his procedure, Mr. Garrison personally invited Baylor Medical officials to put on a school-wide donation drive at Jesuit. They took the principal up on his offer, coming to Jesuit’s campus last week. Just like Garrison did in the fall of 2010, students gave swabs of cheek cells for testing.

Mr. Tom Garrison should be applauded for his sacrifice. He gave nearly two weeks of his life, and literally his own body, to serve a needy person he didn’t even know. His story is a stunning display of the Ignatian principle of  “giving without counting the cost.”

Unsurprisingly, when asked if he would do it again, Mr. Garrison responded: “Yes, absolutely. If I can do something to help some of the suffering patients I saw [when donating PBSC], I’m going to do it.”