More
JesuitRoundup.org is brought to you by:
Home Sports Wrestling Starts Season off Strong 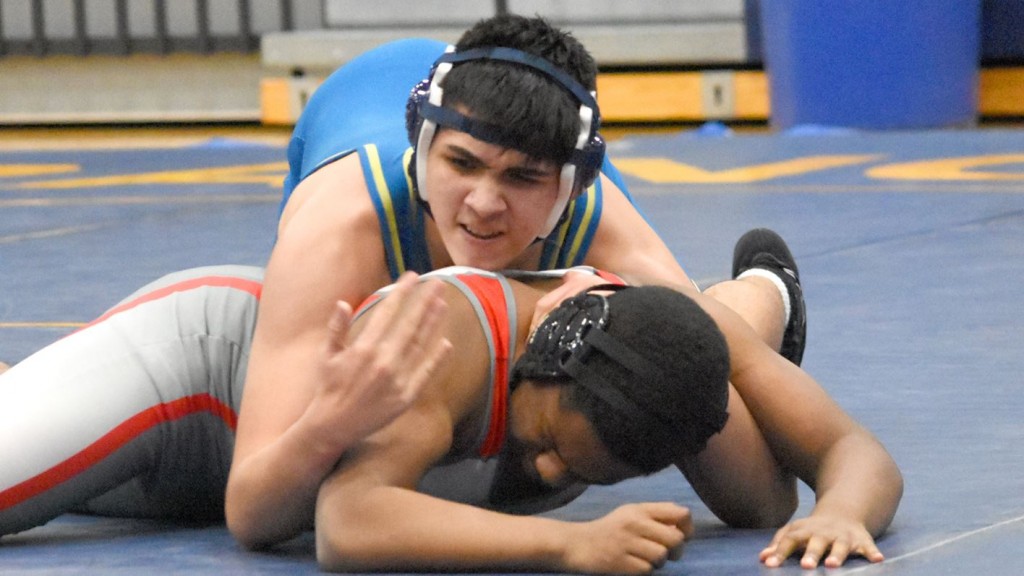 With the first half of the 2021 season completed, the Jesuit Wrestling team has been off to a great start. Throughout March, the team has wrestled at several meets. Coach Menard stated that he has been “impressed with the team as a whole. The team has persevered through obstructed practices, moved UIL dates, and not even knowing whether or not they could compete. We truly have a strong group of boys participating this year.” Let’s take a look at how the team has performed.

On March 2nd, the Rangers opened their wrestling season at Richardson High School for a quad meet, facing Skyline, Berkner, and Richarson. The Rangers were able to defeat Skyline and Berkner, winning 48-30 and 48-27, respectively. Unfortunately, Jesuit fell short to Richardson, losing 30-54.

Andrew Wiechman ’22 exhibited a dominant performance at the meet, pinning all three of his opponents. Wiechman was able to pin Skyline’s Robert Myers, Berkner’s Cesar Adrien, and Richardson’s Testimony Lucas, leading the team in victories.

Despite a fantastic performance from many of the Rangers, Jesuit narrowly lost 36-48 against McKinney Boyd on March 6th.

On March 11th, the Rangers were faced with yet another quad meet at JJ Pearce High School. Jesuit fell short to Lake Highlands and JJ Pearce; however, the Rangers put up a commendable fight.

Andrew Wiechman ’22: “The season has been going well. We have gotten a lot of freshmen and sophomores this year, so we’re able to fill out nearly every weight class, making us much more competitive against other teams. The team has done a great job adapting to the COVID deadlines and handling the difficulties of the shorter season. Jesuit Wrestling has a bright future.”

Jack McClure ’22: “I’m proud of the team’s hard work this year. We’ve had to persist through a lot of obstacles COVID has created, yet we have pushed through and still managed to see success during our competitive season. As long as we maintain the work ethic that we’ve had for the past semester, the team will continue to succeed in the future.”

Ultimately, the wrestling team has had a very strong start to the season, and hopefully, the Rangers will continue their success as they approach the district championships.

Remember to check back to The Roundup for more wrestling coverage!