More
JesuitRoundup.org is brought to you by:
Home Profiles Alumni Von Schlehenried: The Next Tchaikovsky 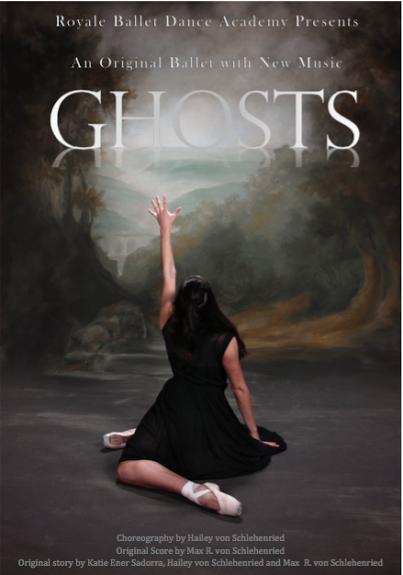 Just about everyone has heard of Pyotr Tchaikovsky and the music of his famous ballets, The Nutcracker and Swan Lake, but Jesuit’s very own Max von Schlehenried is on his way to such calibers of ballet with his new work: Ghosts, which premiered August 14, 2015.

As a graduate of Saint Louis University, von Schlehenried majored in biology and music, thus giving him the expertise to write the music for this composition. The process consisted of many late nights thinking of different tunes and experimenting with them on the piano. Using his intuition and talent, von Schlehenried composed his music such that even the professional dancers in the play were impressed. Sean Howard ’16 described the music as “having an eerie feel” so that one definitely knew the “ballet was not a cheerful upbeat one.” 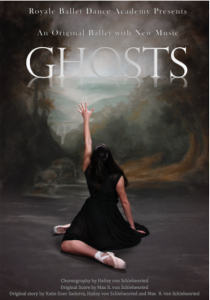 The story begins with Hazel, a young girl known as an outcast in her town, during the time of World War I in Europe. Unfortunately, her father dies, causing her to isolate herself from her family so she may deal with the pain on her own. During this depression, Hazel meets a boy and a girl around her age, and she grows up with them. Little does she know that these two new friends are actually dead, manifesting themselves as ghosts around her. As they mature together, Hazel falls in love with the boy, but as they begin to take their relationship further, the other girl begins to grow jealous. This compels this girl to sever the connection between the boy and Hazel, thus creating a love triangle.

Although von Schlehenried majored in music, he felt he did not possess enough background to choreograph a whole ballet. In order to choreograph the different dancers for the ballet, he petitioned his older sister, who owns and runs a dance studio, to complete the task. Ralph Anguiano ’16 believed these dancers preformed “with the utmost grace and skill” when they completed the “intricate routine.”

Many of the Jesuit faculty attended the preformance, and many believed the ballet to be of great artistic quality.  Dr. Degen loved how the dancing “evolved into more sophisticated movements…to capture the time frame of the ballet.” Furthermore, the “blending of some traditional ballet movements with more modern, contemporary movements” caught his eye and captured his attention throughout the play. Mr. von Schlehenried’s ability to “blend the beautiful sounds of very few instruments” to create one unique, unified and harmonious score mesmerized Mrs. Farrell, filling her with awe. Altogether, the faculty members that attended the ballet were very impressed with both the creative score and the intricate dancing in the ballet, and encourage others to attend as well.

In one word, von Schlehenried described his ballet as “eye-opening, something he has never done before.” After a year of “percolating themes in his head,” he created the music for Ghosts in about two months. For this ballet, von Schlehenried hired both professional musicians and dancers in order to truly capture the genius in his ballet. He felt they captured the tone and the setting of the play well, and looking towards the future, he hopes to hold auditions to create an even greater experience for his audience.

Looking towards the future, von Schlehenried is planning to show the ballet again sometime in the next year for those who were unaware of the first production, and he will adjust a couple details to make sure the next performance is smoother. He also felt that writing this ballet was a new and fun experience, thus he feels encouraged to continue to work on more musical pieces and collaborate with his sister to hopefully create another ballet. Here at Jesuit, we can only wait for his next genius playwright as his ideas continue to grow into true masterpieces.