More
JesuitRoundup.org is brought to you by:
Home Featured Virginia Elections– No Respect for Dead Voters 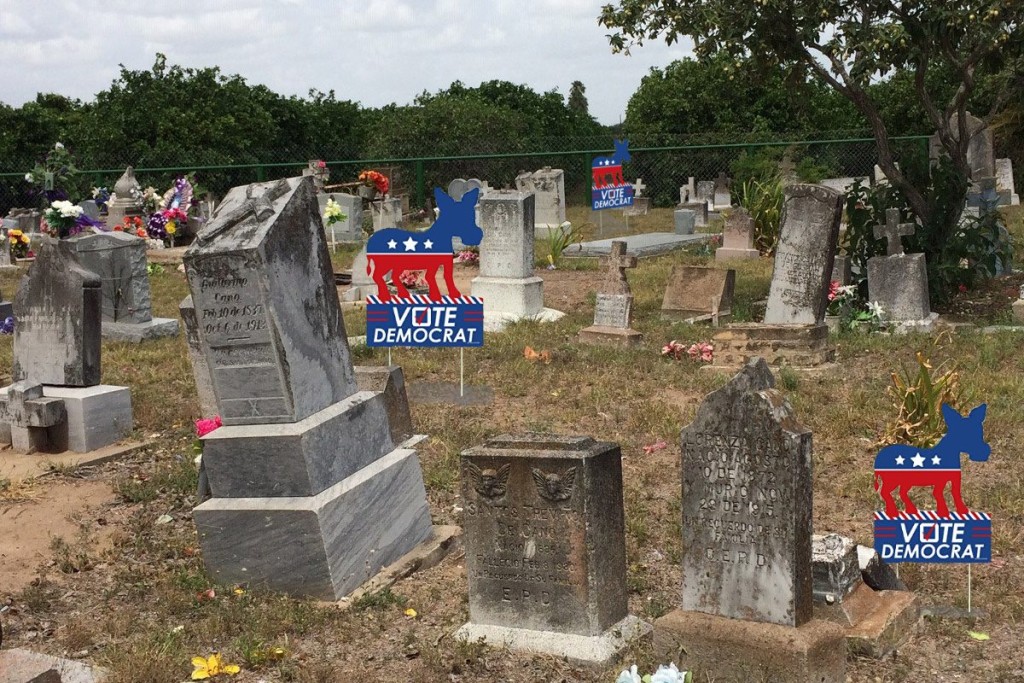 RICHMOND, VA – Voting suppression has never been higher due to oppressive Republicans. This discrimination became clear in Virginia when not a single cemetery received any mail-in ballots.

This suppression from Republicans is not new; in the 2020 election, many Republicans tried to falsify many Democratic votes just because the voters were dead. But these votes did end up getting counted, and democracy was saved.

But this year, the sly Republicans got their promised revenge; they didn’t even send the dead people their mail-in ballots. However, recent polling has suggested it may have been worse for Democrats if they did.

One reason may be that McAuliffe wanted to cut spending on cemeteries.

But that had many Democrat voters rolling in their graves. “How could we elect people like this?” asked former President Lyndon B. Johnson who voted for Joe Biden in 2020.

“Back in my day, we had respect for the dead,” he added.

This contempt has many concerns for future elections because many of these voters said they plan on ghosting the democratic party.