More
JesuitRoundup.org is brought to you by:
Viewpoint Sports Opinions Liverpool: The Champions of Europe
Facebook
Twitter
Email
Print 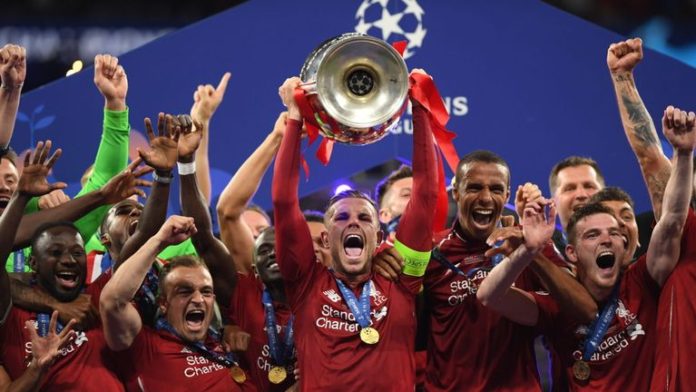 Last weekend the Champions League final took place in Madrid, a game between two English teams, Liverpool and Tottenham. Both teams fought hard to reach the finals, inspiring impressive comebacks in the semi-finals against other elite football clubs. However, Liverpool managed to defeat Tottenham 2-0 in a mostly defensive game.

Previous to their encounter, Liverpool had to beat Barcelona, a tough opponent favored to win the whole league. Barcelona proved their mighty status in the first leg, beating Liverpool 3-0 at home. However, Liverpool miraculously managed to beat the Barcelona aggregate score at Wembley, scoring the winning goal in the 93rd minute, going through to the finals. Similarly, Tottenham inspired an incredible comeback against Ajax in the final minutes. 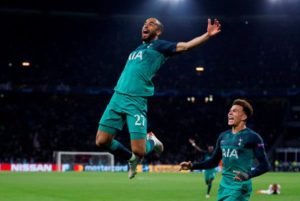 Being 3-0 down on aggregate by the end of the half in the second leg, Tottenham continued fighting and managed to score two goals 14 minutes into the half. However, it wasn’t until the last seconds of extended time in which Lucas Moura managed to squeeze one more goal for the team, securing both their ticket to the finals and his hat-trick of the game.

Coming into the finals, Tottenham sought to win their first Champions League trophy in their franchise history, as Liverpool sought to extend their legacy. The game started off quick, as Moussa Sissoko unintentionally conceded a penalty in the first 30 seconds of the game. Mohamed Salah stepped up to take the penalty and took advantage of this opportunity, scoring a goal in the second minute. After the first controversial goal, the game calmed down a little as both teams played outstanding defense and shut down the attacks. Near the 40th minute, Liverpool’s left-back Andrew Robertson nearly scored their second as he took a powerful shot outside the box on target, however, Hugo Lloris reacted quickly and managed to save it with his left hand. 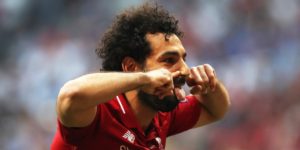 The second half of the game was more interesting as Tottenham created more opportunities to score the equalizer against their English rival. In the 58th minute, Divock Origi came in for Roberto Firminio, who was never able to get into the pace of the game. Near the 80th minute, Alisson Becker came in clutch for Liverpool as he managed to deflect a powerful shot by Heung Min Son and a few seconds later save another shot by Lucas Moura, stopping Tottenham twice from scoring. Just 5 minutes after having this double save, Alisson again stopped Tottenham as he acrobatically saved a magnificent free-kick from Christian Eriksen. 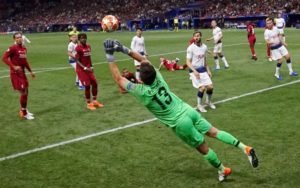 After Tottenham missed these and other scoring opportunities, Liverpool finally sealed the game by scoring the game-winning goal in the 87th minute, the substitute Origi perfectly slotting the ball in the bottom right corner. Tottenham continued to fight and had another scoring opportunity in extended time, however Alisson continued to shine and pose a problem to the other team, acting as an unbreakable wall to their attacks. The whistle blew to signal the end of the game and the Liverpool bench came running into the field to celebrate their victory royale with their teammates, shouting and jumping with excitement and joy. Virgil Van Dijk was named the Man Of The Match after an outstanding performance, helping his keeper to stop Tottenham from scoring any goals and earning a clean sheet. 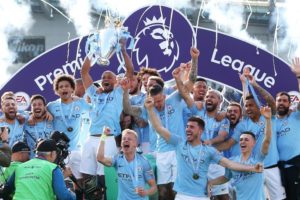 Check back to The Roundup soon for more soccer and other sports news!