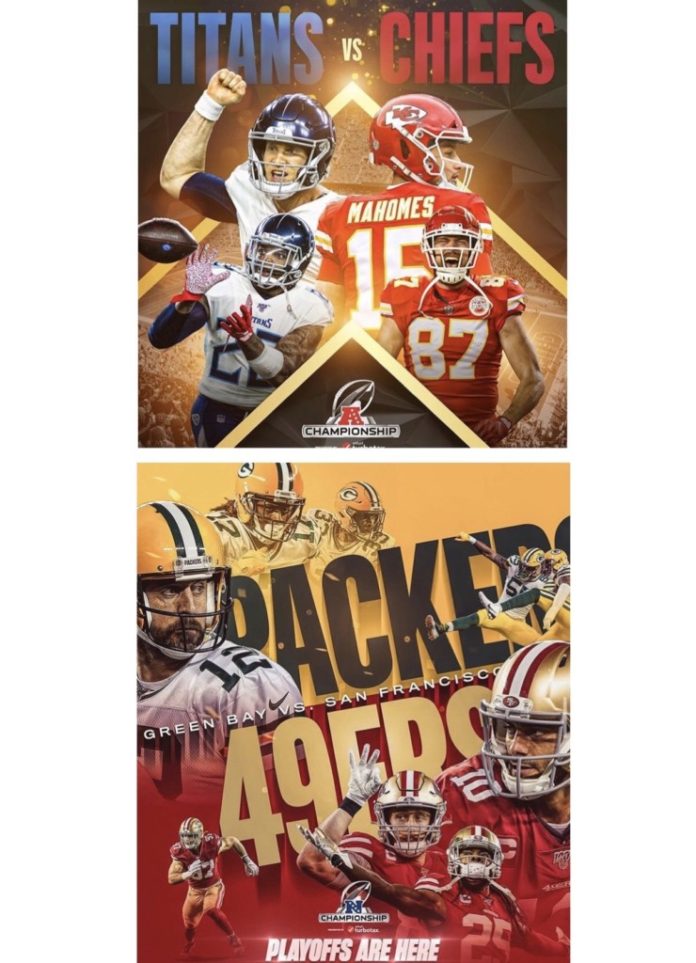 Wow! Have you been keeping up with these NFL playoff games? If not, you’re missing out on all these spicy matches and wild upsets. For example, the 9-7 Tennessee Titans have been out playing some of the best football teams in the league, including the reigning champions, the New England Patriots, and the 14-2 Baltimore Ravens. Earning the league’s rushing title with 1,540 yards during the regular season and a monstrous 377 more through his first two games in the postseason, the Titans starting RB Derrick Henry has had stellar performances leading his team to the AFC Championship through very tough match-ups. The Minnesota Vikings also managed to pull off a huge upset against the New Orleans Saints, finding Kyle Rudolph for the game-winning TD in overtime. Also, the Texans somehow managed to blow a 24 point lead to the Chiefs in the divisional round, becoming the most recent meme since the Atlanta Falcons choked their 25 point lead to the Patriots in Super Bowl LI.

After upsetting two top-tier teams to reach the championship game, the Tennessee Titans are looking to go into Arrowhead Stadium and pull off a win against the explosive Chiefs’ offense lead by the current league MVP Patrick Mahomes. Now, I know everyone expects the Chiefs explosive offense to massively overwhelm Mike Vrabel and his underrated Titans team. However, after watching the Titans tactically shut down two of the best and most elite teams in the league, I believe the underdogs will manage to come victorious against all odds for the third time.

I predict that the Titans will out play the Chiefs at their own house, using their star RB to drain out all the time from the game leaving the current MVP Mahomes with no time to start up his explosive offense. Even though Lamar Jackson was able to throw for 365 yards and run for another 143, the Titans defense did just enough by forcing three turnovers and sacking him four times so their team could come away with a win. Similarly, I predict that the Titans defense will do their job and magically stop Mahomes and his offense, even if Mahomes puts up numbers and has a great game, statistically speaking. I predict the Titans will come away with a 35-31 win at Arrowhead Stadium, with Derrick Henry being involved in at least 3 of those TDs, either rushing or passing (as we saw during their last game against the Ravens).

Having performed astonishingly during the season, both 14-3 teams will look to face off against each other in Levi Stadium, located in Santa Clara. This matchup was more predictable than the AFC Championship game, having the two top seeds facing each other for the NFC title. Since the Packers and the 49ers are both top tier teams, there is no clear unanimous underdog, meaning these teams will look to reinforce their dominance to the rest of the league. Here, I predict that the 49ers will defend their territory and walk away victorious. Having a defensive front filled with four first-round picks, I believe this dominant D-line will be able to stop the powerful RB, Aaron Jones, and experienced QB Aaron Rodgers from making a big impact in the game. Nick Bosa, the likely ROY, I predict will have an outstanding performance pressuring Rodgers and making critical plays. Having already faced off during the season and dominantly thrashing the Packers 37-8, I believe this encounter will be much closer, about 35-33, with Jimmy Garoppolo throwing for at least two TDs, one of which will be caught be the Pro-Bowler TE, George Kittle.

Check back to The Roundup next week for my Super Bowl predictions! 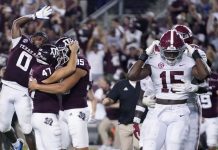