More
JesuitRoundup.org is brought to you by:
Reviews Music Reviews Remembering Mac Miller, and Why You Should Care
Facebook
Twitter
Email
Print 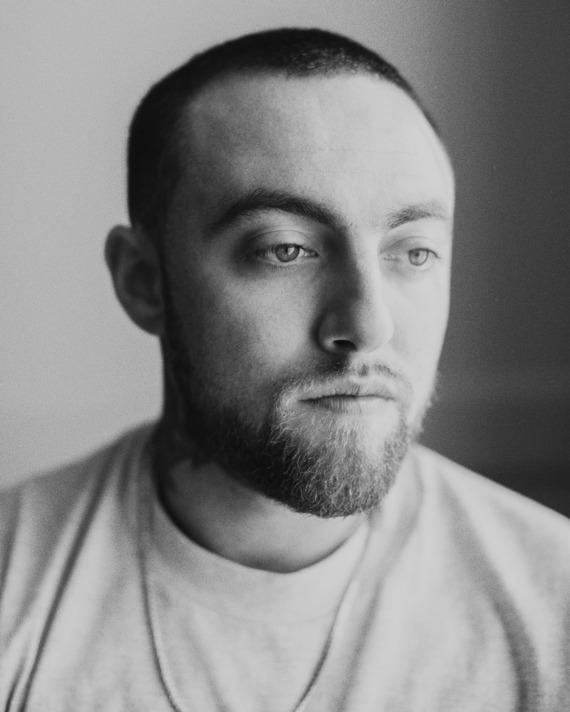 Last Saturday afternoon, after finally catching up on his sleep and enjoying his late morning, Sam Dayton ’20 clicked on a video that had popped up in YouTube’s recommended section. The video was that of a rapper named Mac Miller – Sam wasn’t familiar. He watched the video anyways, mildly enjoyed it, and, more or less, forgot about it and moved on. It was merely a few hours later when Sam turned on his TV to the headline “Mac Miller Dead.”

Then he remembered. He watched the two and a half minute segment that briefly mentioned Mac’s struggle with this, and that, and whatever. He half-heartedly noted the indifferent tone in the news reporters, chalking up another death to drug abuse and a hip-hop culture that seems to produce so many fatalities.

Contrary to misled public perceptions about the subject matter of the Pittsburgh native’s many songs, Mac Miller’s primary message concerned staying positive, hoping for the future, loving others, and, rather simplistically, having fun.

“Miller was a phenomenal artist and a rare talent. Both his message and his unique form of artistry are hard to come by in the music world – he was special beyond words.”

The manner in which he died, however, incites a different portrayal of the young artist. Miller openly struggled with intense depression, anxiety, and addiction throughout much of his adult (and even adolescent) life. Miller was very transparent about his challenges, honestly discussing his serious issues across multiple albums and times in his life. It’s also important to understand how Mac Miller’s career affected his life.

Growing up with little money, Mac’s sudden and quick rise to fame as a teenager drastically blunted the effects of the blessings falling upon him. After quickly achieving wealth, Miller’s battle with mental health issues intensified and prompted him to find solace in unhealthy coping mechanisms. Founder of Jesuit’s Hip-hop Appreciation Club Ermias Belay ‘20 expressed his condolences:

“Mac Miller was an inspirational rapper and a blessing to the hip-hop community and society overall. He was a dynamic and beautiful artist who refused to sell out, turning down huge record deals in order to keep his music pure and genuine. He was a true artist.”

One mystery, however, remains: was Mac Miller’s death a suicide? A theory not discussed by most media outlets, the Los Angeles Police Department, upon its sweep of his apartment, did not find any substances or anything else pointing to cause for death, spurring speculation and wonder as to whether or not Miller, like approximately 17% of all drug deaths, ended his life intentionally. Regardless, we mourn for the loss of an infinitely precious human soul of a troubled young man.

The public reaction to the young artist’s death has been mostly benign. Wrought with mindless and simplistic condolences, the country, in particular the hip-hop community that loved and nurtured Mac, has radiated one particular message: indifference. Despite multiple news segments on national networks like CNN, MSNBC, and Fox, the media has more or less absent-heartedly mourned for a twenty-four hour window. Ermias further comments:

“Coverage overall was quite weak and not much was ever said. Most major news stations brushed it off and any social media tributes were half-hearted and vague, at best.”

However, this low-key reaction is in stark contrast to the inflamed and heated debates breaking out following the recent death of fellow rapper Jahseh Onfroy, known under the stage name of XXXTentacion, in mid-June. X’s death imposed a dark shadow over the hip-hop community and greatly underscored the general opinions of rappers like Mac Miller, who, despite having a completely different message, is grouped under and profiled similarly to the late Onfroy.

Onfroy, an icon of misogyny, violence, hatred, and anger, was mourned for a much longer period of time despite his troubled past, like assault with a deadly weapon as well as the torture, kidnapping, and rape of a former partner, all by age twenty. Dagmawe Daniel ‘20 expressed his view of the two tragedies:

“Despite his demons and personal struggles, Miller was trying to change up until his death, while XXXTentacion was unapologetic about the lifestyle he led. Miller preached positivity and love into his genuine artistry, while X focused primarily on hatred and violence.”

Despite this ridiculously long list of awful conduct, the reaction to his death from many, including Jesuit students, was riddled with defenses, claiming the rapper was a struggling artist, and many even idolizing and worshiping the rapper, seeing him as an inspiration and an idol. This sickening worship of a symbol of violence within the hip-hop community pales in comparison to the shallow condolences and empty praise of Mac Miller, a true young artist whose primary messages included love, positivity, and fun.

Coupled with the lack of violence or general negativity in Mac Miller’s persona and music, as young people, as music listeners, we must ask ourselves: why did we mourn the death of a violent rapper, yet shrug off the loss of an optimistic and blossoming young artist? As Jesuit students, we need to be conscientious of what values and ideals we endorse, even in matters as seemingly benevolent as our choices of music.