More
JesuitRoundup.org is brought to you by:
The Ashmore Family
Reviews Games To Be or Not to Be The Impostor: Among Us Review
Facebook
Twitter
Email
Print 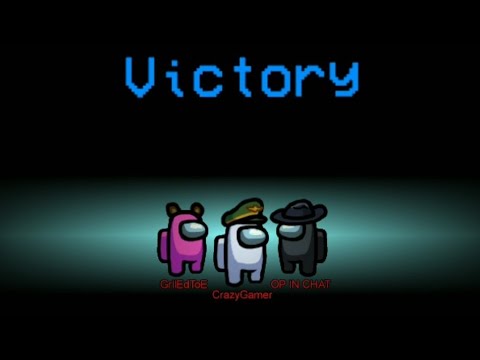 These days, it seems like games come and go, but the game in season right now is Among Us, which just took over Fall Guys. It’s a simple game yet it can bring about unforeseen collaborations. Jacksepticeye with the Sidemen. Dream and Pewdiepie. The list goes on and on. Even Souija Boy is getting in on it…

It’s exciting to see people lie and deceive their way to killing everybody on the spaceship. But for those who haven’t had the chance to play, how is the game? Is the game worth the hype? Should me and my friends play the game? That’s what I’m here to answer, as a player who has played with friends and on public servers. I’m here to give a comprehensive review of the game, providing its basic rules and the

Here are the rules according to www.essentiallysports.com:

“On average, five to ten players are suitable for playing the game, with ten being the highest possible number. Players are divided into Imposters and Crewmates, and these roles are randomly assigned. Crewmates need to perform tasks or bust Imposters, while Imposters need to kill the Crewmates until there is an equal number of Crewmates and Imposters on the ship.

Imposters have the special ability to use “vents” in the game. They can travel through these vents, which add more stealth to their movement. Players can explore different levels of these ventilation systems in various maps.

Crewmates can effectively spot fellow crewmates by noticing “visual tasks” that only Crewmen can activate. Players can add this to their game from the settings.

Crewmates need to be efficient in performing their tasks, and if they are able to perform all of these, the crew wins. The crew can trigger meetings to discuss and vote out the Imposters. They can either press the red button in the spawning room or hit the horn on the bottom right of a corpse. Communication becomes very important in these meetings.”

Among Us is extremely fun, but can get boring by overplaying the game. Playing with friends makes the game more interesting because there are certain tells for certain people. A hint of laughter. Silence. Maybe a different pitch? When you play with a lot of friends, you can identify these signs and better predict who is the impostor. Oftentimes, this leads to heated arguments that can get pretty funny or pretty harsh. The game encourages interaction with friends and acquaintances, because you all have to work together to vote off the impostor. The game can create more friendships with new people, so if you’re looking for a game night activity with friends, Among Us is perfect for that.

However, when you play on public servers, it can get a bit chaotic. Typically, within the first few seconds, a couple of people leave because they are upset at not being the impostor. In addition, you can make more baseless accusations and there’s more of a mob mentality where everyone just votes one main person.

The settings make or break the game, especially emergency meetings, player speed, and kill cooldown. Make sure to look at the settings, interpret them, and make decisions off them. Essentially, use the settings to your advantage. For example, if you’re an impostor and the settings indicate 10-second kill cooldown and 3x player speed, then you can kill and quickly run from the situation. If you have a second impostor, work together and cover each other’s back. Consider strategies tailored to the game, and the best way to develop these strategies is through experience.

This is going to be the most obvious thing I say. Being the imposter is so much fun. I hope that this doesn’t come against me in court, but there’s the satisfaction of a perfectly timed, perfectly executed kill where no one knows it was you. It’s your one chance to be clever and cunning, and the thrill of killing in the game makes it so enjoyable.

I highly recommend playing Among Us! Simple as that.

Stay tuned to The Roundup for more interesting game reviews!