More
JesuitRoundup.org is brought to you by:
News Afghanistan: The End of A Twenty Year War
Facebook
Twitter
Email
Print 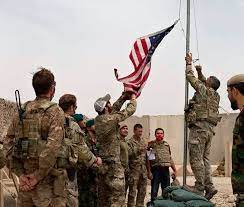 13Between 2001 and 2021, the United States government has accumulated over 2 Trillion Dollars of debt to fund the war in Afghanistan. According to experts, the interest payments on such debts will surely top over 6.5 Trillion. Just this year alone, 3 billion taxpayer dollars have been allocated to a seemingly lost cause in Afghanistan. The reality of it is, most of the valuable equipment and resources the United States government has paid hand-over-fist for has been left abandoned in the Taliban-controlled country.

Even American and allied citizens have been marooned to fend for themselves, no longer under the protective supervision of the U.S armed forces. With this occurred only months into Biden’s first term, it will undoubtedly go down as an embarrassing display of poor political diplomacy, only to be compared with the withdrawal from Vietnam or the Iranian Hostage Crisis. Throughout this article, we will be going into depth into the leadup, withdrawal, and aftermath of the Military abandonment of Afghanistan, factoring in opinions and viewpoints from both sides of the political aisle. 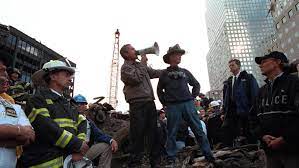 According to CFR.org, the American occupation of Afghanistan began in the aftermath of 9/11 when “President George W. Bush vow[ed] to “win the war against terrorism,” and later zero[ed] in on al-Qaeda and Osama bin Laden in Afghanistan.” President Bush “ eventually calls on the Taliban regime to “deliver to the United States authorities all the leaders of al-Qaeda who hide in [their] land,” or share in their fate.”

Initially, this increased use of force was effective against Taliban and al-Qaeda fighters as it caused a retreat into the mountains. In their absence, America and its allies were able to “ [install] Hamid Karzai as interim administration head, and creat[ed] an international peacekeeping force to maintain security in Kabul…. the International Security Assistance Force, or ISAF.” Later, in 2002, President Bush and “The U.S. Congress appropriat[ed] over $38 billion in humanitarian and reconstruction assistance to Afghanistan” to last  “from 2001 to 2009.”

Under President Obama, despite hopes of “stick[ing] to a timetable to draw down most combat forces from Iraq by the end of 2011,” the United States struggled to “counter a “resurgent” Taliban,” ordering more troops to be stationed in the country. Furthermore, under Donald Trump, even though his “original instinct was to pull out,” trying to prevent “a vacuum for terrorists,” the American occupation of Afghanistan continued. 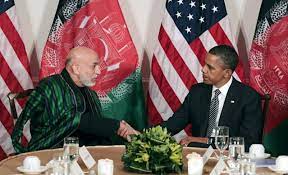 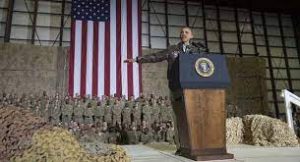 Transitioning into the Biden Administration,  in early April, President Biden promised that “The remaining 3,500 troops in Afghanistan will be withdrawn regardless of whether progress [was] made in intra-Afghan peace talks or the Taliban reduc[ed] its attacks on Afghan security forces and citizens.” Additionally, he mentioned that “Washington would continue to assist Afghan security forces and support the peace process.”

All of this is hindered by the fact that “The Taliban [said] it will not participate in any conference on Afghanistan’s future until all foreign troops leave.” Almost immediately following “President Ghani leav[ing] the country…Taliban fighters overran the capital, Kabul, and took over the presidential palace.” Unsurprisingly, “The takeover follows the Taliban’s rapid advance, during which it captured all but two of Afghanistan’s provincial capitals and seized border crossings. Afghan security forces in some areas reportedly negotiated surrenders and avoided fighting the Taliban.” 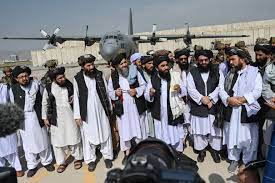 With the United States finally out of Afghanistan, it is astonishing to see the immense investment the American government placed in the war effort. Here are some figures from the Associated Press:

Other allied service members, including from other NATO member states: 1,144.

Taliban and other opposition fighters: 51,191.

PAYING FOR A WAR ON CREDIT, NOT IN CASH:

The estimated amount of direct Afghanistan and Iraq war costs that the United States has debt-financed as of 2020: $2 trillion.

THE WARS END. THE COSTS DON’T:

Amount Bilmes estimates the United States has committed to pay in health care, disability, burial and other costs for roughly 4 million Afghanistan and Iraq veterans: more than $2 trillion.

Period those costs will peak: after 2048.

According to USA Today, in the retreat from Afghanistan, “The U.S. military likely abandoned tens of millions of dollars worth of aircraft, armored vehicles, and sophisticated defensive systems in the rush to leave the airport in Kabul safely.” These figures include over “ 70 MRAPs, Mine Resistant Ambush Protected vehicles” which cost “about $1 million apiece;” “27 Humvees” which cost about “300,000 apiece;” and over “73 aircrafts” which varied in prices.

However, these astonishing figures offer no reason for concern for this current administration. As stated on FactCheck.org, “Gen. Mark Kelly, who leads Air Combat Command, told Defense News in an interview on Aug. 16 that aircraft seized by the Taliban didn’t amount to anything that would threaten U.S. military in potential future clashes……“It’s understandable for people to be concerned about any capability falling into the hands of folks where we don’t know exactly how they’re going to use it, who is going to use it against, whether that’s an M16 [rifle] or whether that’s an A-29,” Kelly said. “But suffice to say that the technology that’s in the A-29 is not cutting-edge technology. When you look at the airplane’s range and speed and computer power and lifting capability … it’s not something that, frankly, concerns us……..We’re not giving the most advanced intelligence equipment to anyone.” 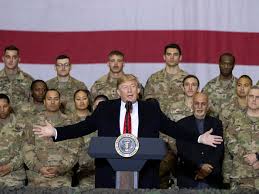 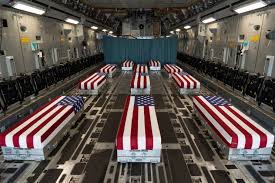 The political right has taken every opportunity to criticize the Biden administration’s first months as president and the retreat from Afghanistan proved no exception. Former President Donald Trump was quick to point out Biden’s flawed method of leaving Kubal stating: “It’s not that we left Afghanistan. It’s the grossly incompetent way we left!”

Furthermore, after the bombing that left 13 service members dead, Trump stated that “It is time for Joe Biden to resign in disgrace for what he has allowed to happen to Afghanistan,” joining over “two dozen House and Senate Republicans” who have called for Biden’s resignation within the past month. The right has also referenced the voices of former stationed military members who have felt incredibly disgruntled by the immediate abandonment of Afghanistan, stating that their service “has felt like it has been for nothing.”

America’s impact on Afghanistan is notably significant even disregarding the military mission. In the twenty-year occupation, Afghan citizens, especially females, saw a dramatic change in society. For example, the infant mortality rate has dropped over “50 percent” and the percentage of literate Afghan girls has risen to “37 percent.” Furthermore, without the presence of the Taliban enforcing a strict moral code upon its citizens, the Afghan people were finally able to live lives that we as Americans could relate to. Now, all that is forsaken.

It is not too clear what will happen to Afghanistan, we can only observe radical change washing over the capital city once more. For a generation of young Afghans that never experienced the oppressive, fundamentalist regime, a regime that “that banned television, music, and cinema; forbade men from trimming their beards; and forced women to wear head-to-toe burkas,” it will be concerning if not terrifying to observe what will happen in the future.

As much as we focus on our own best interests as Americans, we must remember that there are real lives caught in the middle of this political and ideological battle. It pains me to turn on the news and hear about women burning their degrees and concealing themselves in burkas to minimize the chances of persecution from the Taliban. In the end, was it really worth the countless American lives lost, the Trillions of government spending, or the ceaseless radical change of Afghan society if it only meant we left the country in disarray? 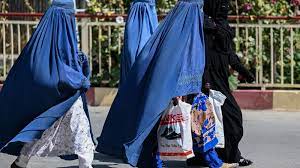 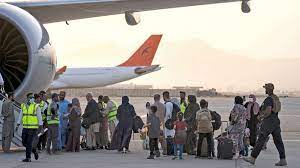