More
JesuitRoundup.org is brought to you by:
Home News Clubs & Activities The Year of the Rooster 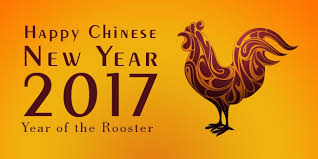 Freshly brewed tea being ceremoniously poured and drank, dumplings preparing in a steamer, sweetened rice cakes being munched on by hungry students, and an assortment of other cultural foods rapidly being consumed, students gathered together to celebrate the Lunar New Year.

The Jesuit Chinese Club has been putting on a Lunar New Year annually going on several years now in order to welcome in the New Year. This year they were joined in planning by the S.O.S. Brigade, also known as the Jesuit Anime Club, to host the event. Now, the Lunar New Year differs from most American’s concept of the New Year, as it isn’t based on the Gregorian calendar’s months and is instead based on the lunar cycle.

The Chinese Club prepares days in advance for the event by wrapping dumplings with traditional Chinese music playing in the background and gathering supplies. Preparation for the dumplings by themselves takes lots of time. Vegetables have to be chopped and finely cut to small pieces for a fine mix, and meat has to be mixed in with sauces and the vegetables. A lot of preparation goes into the dumplings, and hundreds of dumplings are made as a result of it.

Such a large bounty of food is created that anyone is welcome to the celebration, and many come to sample some food and engage in festivities. This year people who stayed could engage in a ping-pong tournament, a game of mahjong, a ceremonial tea pouring, and more. People stayed for minutes and others for hours to enjoy fellowship and fun together.

To some Jesuit students there’s an even smaller connection, video games. To Tommy Greim ’18, the Lunar New Year rings a bell because “they start a new seasonal event for Overwatch,” and as Kyle Leonard ’17 put it, “lots of skins come out for games.”

But the Lunar New Year not only means perks in games however, as Greg Tan ’17 eloquently put it, the Lunar New Year to him is “a celebration of not only the new and upcoming year but also the successes and happiness of the past year. A big part of it is celebrating the prosperity you were blessed with the past year which is often represented with gifts you give to your friends and your family, it’s represented by food and guests, it’s a time to look forward while keeping your mind on the past.” Having partaken in the Lunar New Year as part of his culture he elaborated the distinction between the Gregorian New Year and Lunar New Year. Greg says that he “ended up using the Gregorian New Year as a celebration of the upcoming new year and everything it holds, and [he] used the Chinese New Year to look back on the good fortune of the past year.”