More
JesuitRoundup.org is brought to you by:
Home Featured The Roundup Website Earns Silver in The Dallas Morning News Contest 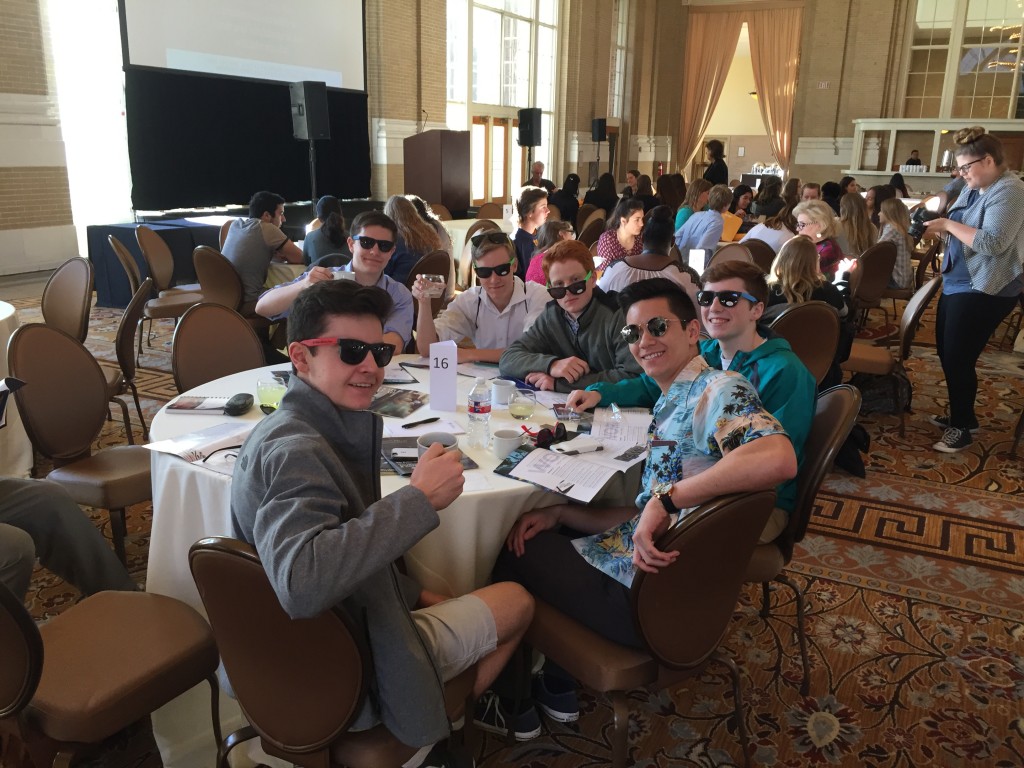 April 4, 2017, was High School Journalism Day and eight junior and senior editors embarked on a journey to The Dallas Morning News Station to participate in the 26th Annual High School Journalism Day and Competition. The event hosted schools from around the Dallas metroplex, only one of which would win the coveted “Best Website” title. While disappointed to not receive the gold, The Roundup came away as the second best website in the Dallas region.

Jesuit Communications Director Mr. James Kramer commented that the award was “outstanding news and a testament to both the talent and dedication of The Roundup‘s student and faculty staff.” 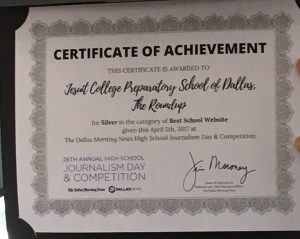 1200 entries from each category were judged by the professional journalists at The Dallas Morning News. Almost 400 students and teachers from 48 schools in the metroplex attended the workshops and awards ceremony at The News’ office downtown and Union Station on Wednesday.

“I think that it’s noteworthy that we were able to compete against schools who have formal journalism programs,” The Roundup’s Dr. Degen noted, praising his writer’s’ efforts. “We remain one of perhaps only two schools who run their school newspaper as an extra-curricular activity. That means everyone else offers courses and assigns a full-time journalism teacher to supervise its newspaper. It’s a significant testament to our students that we can produce quality work outside academic responsibilities.”

“It was an informative and worthwhile experience,” Junior Editor Josh Betanzos explained. The Roundup found that the numerous sessions allowed for everyone to find something he was interested in and to improve upon.

“I liked the session about the art of interviewing,” Chief Junior Editor Connor Thomas explained. “It was engaging, funny and informative. I feel fired up to interview everyone in the school!”

I chose “The Devil is in the Details,” “The Real Deal on Fake News,” and “Opinion Writing.” Each session focused on a specific area of journalism and was hosted by the actual team members of The Dallas Morning News. I personally enjoyed the opportunity to learn from the professionals who have a lot of experience with journalistic writing. Furthermore, the workshops pointed out common mistakes made by professional journalists, tips to use when writing, and how to improve the articles we write.

“It was a fantastic experience,” Junior Editor Alex Reznicek commented. “I learned a lot of new information about journalism and will apply what I absorbed to my writing for the paper.”

Junior Editor Will Fynes also found that the event “was a lot of fun,” and he “met a lot of new people [from other school newspapers].” Fynes and the rest of The Roundup got the chance to exchange notes and ideas from other newspapers as each session had a great mix of schools from around the region.

Be sure to congratulate tune into The Roundup, now recognized as one of the best school newspaper websites in the region!