More
JesuitRoundup.org is brought to you by:
Home Viewpoint Student Life The Physically Fit Jesuit Student 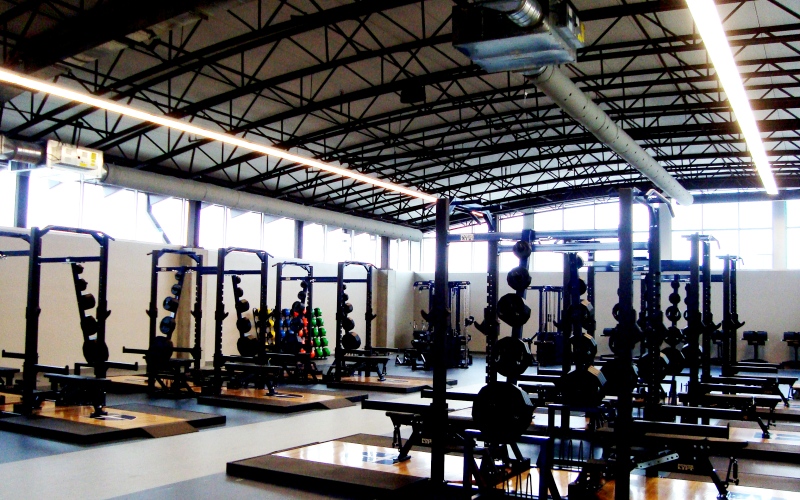 More than three years ago, I read the Jesuit profile for the first time as I filled out my high school application. While reflecting upon these characteristics of a man for others, I felt confident in my ability to fulfill the ideals of being open to growth, intellectually competent, loving, religious, and committed to social justice. However, one aspect of the profile caught me off guard and filled me with uneasy concern. I was completely taken aback by the expectation of physical fitness, which promotes students to maintain a healthy body throughout high school.

Initially, I felt offended by this feature of the Jesuit profile. I viewed this demand as an intrusion into my personal life that violated the typical boundary between school and home. At the time, it seemed to me as though the administration simply wanted a student body with a sharp and respectable appearance, making the school look more appealing.

Moreover, I felt personally targeted by the pressure to be physically fit because, as an eighth grader, just five feet tall and weighing more than 120 pounds, I wasn’t exactly in the best shape. To the contrary, I was actually leading a life of terrible health, enjoying numerous bags of chips every day at lunch and drinking several sodas per week. The prospect of changing eating habits frightened me, and I inwardly rejected this aspect of the Jesuit profile.

However, as I began my freshman year, I eventually came to understand the meaning and purpose behind this emphasis on physical fitness. While I initially viewed this characteristic of the profile as a selfish demand, such intentions could not be further from the truth. Instead, this feature is concerned with the students’ well-being because a long and fulfilling life depends greatly on one’s state of health. Moreover, physical fitness contributes to the growth of a well-rounded individual, complementing the academic exercise of the classroom.

Driven by this new and positive outlook, I set out on a journey to fulfill and uphold the valuable benefits of physical fitness. First, I began with changes in diet, avoiding all sodas and choosing foods with less fat. While such adjustments in lifestyle seem minute and insignificant, this shift presented an arduous task, as it removed my prior joy and excitement for meals. However, over time I ultimately adjusted to this transformation as the temptation of sweets and sugary snacks faded, easing the struggle to lose weight.

Yet, changes in diet alone would not bring about better health, and I soon came to see the importance of physical exercise. Fortunately, my father greatly helped me achieve this goal when he purchased personal training sessions at LA Fitness and gave them to me as a birthday present my sophomore year. I would now spend three one-hour sessions in the gym per week working one-on-one with a fitness instructor.

Over several sweaty months, these workouts provided me with essential knowledge, teaching me how to exercise both safely and effectively. Moreover, I began to notice visible results, which further motivated my struggle to uphold physical fitness. While I have put on ten pounds since my time working out, I have grown four inches in height, and have thus greatly reduced my percentage of body fat in exchange for muscle mass. However, despite such progress, my mission to lead a life of physical fitness persists to the present and must continue into the future, ensuring that I not relapse into old habits.

The impact of the Jesuit profile has also driven other students to achieve physical fitness through extracurricular activities and sports. Matt Siess ‘14 felt

this influence as he began his high school career and recognized the importance of health, admitting to himself that “there were some things to work on and improve.” Consequently, during his sophomore year, Matt set out to fulfill his greatest potential, beginning to focus on both academics and exercise. He soon observed a close relationship between mental sharpness and physical well-being, for “as [he] started to work out more, [his] grades went up.” In addition to exercise, Matt has further gained physical fitness through changes in diet, which include “eating less and replacing sodas with water.”

Although such changes initially proved difficult, Matt encountered a renewed sense of pride and accomplishment because he was “working hard and feeling good about it.” Ultimately, such dedication in pursuit of fitness has yielded stunning results, for Matt has lost over 35 pounds in less than two years. However, while not all students at Jesuit encounter such outstanding success, Matt is not alone in the journey of physical fitness, but instead is joined by dozens of other peers who similarly pursue a healthier lifestyle.

This Jesuit mission to preserve physical wellness extends beyond the student body, calling faculty members to assume this noble struggle. Anthony Mattacchione, assistant director of  Community Service, responded to the call of a healthier life after he “kind of fell away from a workout routine,” and reached a weight that he “had told himself he wouldn’t reach,” which caused him to grow concerned. Realizing the harm of such a lifestyle, Mattacchione resolved “from that moment forward to become fit at forty” and began “watching what [he] ate.”

Moreover, as the coach of the Rugby team, he took advantage of the opportunity to exercise and “started to work out with the guys during practice.” Aside from such strenuous workouts, this father of two pursues physical fitness as he spends time with his children “doing activities together like swimming, cycling, and going for walks.” Ultimately, this transformation in diet and exercise has yielded drastic results, similar to the before and after pictures aired on television commercials. Since the beginning of this journey to become physically fit, Mattacchione has lost an astounding 75 pounds, and thus serves as living proof of the power of self-improvement.

Fortunately, students and faculty are not alone in the struggle for physical fitness. Jesuit offers substantial opportunities to improve one’s health through both diet and exercise. First, to ensure that everyone has access to proper nutrition, the cafeteria serves a wide variety of healthy choices, ranging from a side of fruit to grilled chicken salads. However, while changes in diet greatly improve health, the school further provides the tools for physical exercise. Coach Jeremy Weeks, the Director of Strength Conditioning, emphasizes this point when he states, “the weight room is not just for athletes, the weight room is for all Jesuit students.”

By extending this facility beyond the sphere of organized sports, the school guarantees every student and faculty member the chance to work out in a gym, an opportunity of great advantage in the struggle for physical fitness. Moreover, Jesuit offers programs such as the “Chisel Trail,” which teaches students how to exercise both safely and efficiently. However, Coach Weeks stresses that “while the tools are there, the students need to become aware of these facilities and take the initiative to become physically fit,” for a life of wellness ultimately depends on individual choices. Ultimately, every member of the Jesuit community holds the power to live a more healthy life; the only obstacle is motivating oneself to embark on this arduous but fulfilling journey.