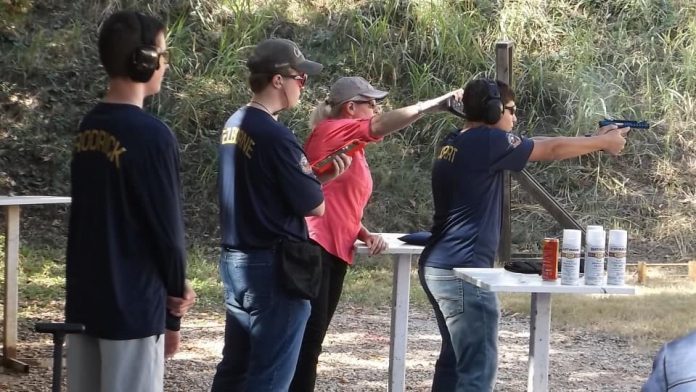 Mrs. Maggard is an incredible Spanish teacher at Jesuit, pushing students both in and out of the classroom to be their very best. She is one of many teachers who truly model the tenets of Jesuit Dallas. She is also a teacher who has guided me to my success here and in the future.

To celebrate her remarkable impact, I decided to do a brief Q&A to learn more about her and display her accomplishments to a broader audience. Enjoy!

Tell us a little about yourself and your personality. How did your path through high school and college lead you to Jesuit?

“I started teaching in 1992 and taught in four different local public schools. I decided I wanted to teach after I decided I didn’t want to go to law school. I felt like I had a real talent for speaking Spanish and I loved education. I loved being around academia and watching people grow and overcome difficulties and hardships. Because of my own learning difference, I felt like there were always challenges, and so I spent 20 years honing in on those before coming to Jesuit.

I came here almost accidentally. It’s not like I decided that in my first year of teaching, my goal is to be a Jesuit teacher, I’ve never been a person who’s thought that way. I’m not the kid who came out of the womb saying I want to be a brain surgeon. I’ve always sort of found my path as I’ve lived my life.

In 2009,  I converted to Catholicism. When my daughter went through confirmation, I decided to go through RCIA at St. Rita. Right about that time, I was also enrolled in a Master’s program in Humanities at the University of Dallas, and I went to Ursuline. Catholicism was kind of something that I was always around, but I had grown up Methodist and it just seemed this sort of perfect set of circumstances.

My son graduated from here in 2012, and there was an opportunity during the 2011-2012 school year, there was an opening for a Spanish teacher. My son, who was a senior that year, begged me, ‘Please, Mom, let me have my senior year without you in my business. We’d already tried that once and that didn’t go very well for us as a mom and son and being the teacher on campus with him.

As luck would have it or as God’s intervention would have it, the very next year that that person who took that position left. There was another opening and I happened to be enrolled in the Humanities program and got to meet Chris Knight, the English teacher.

He reached out to me and said, ‘There’s an opening again this year. You really ought to apply.’

Mitchell had graduated. It was in my interview truly with Tom Garrison where I realized that I even more than it being about teaching Spanish for me. I feel like I have a mindset of an Ignatian educator, so to me to be here at Jesuit is, it’s like ah, I’m finally where my natural desire to meet students where they are and walk with them in this growth, whether that’s in the language classroom or in the exchange program or on the shooting field or range or the swimming pool.

The conversion to Catholicism gave me permission where you don’t have that in the public school to include your faith and your prayer life in part of what you do every day.

I am helping mold young guys to be the best Profile of the Graduate at that time. I think those are all part of what coming to Jesuit is about.”

What extracurricular activities have you gotten involved in here at Jesuit? Why did you choose to get involved?

“When I was doing my interview with Mr. Garrison, he asked if I had ever traveled with students and I said, ‘Yes, when I was at Irving High School, I took students to Spain and France with another teacher and the trip went really well.’

That was the only traveling I’d done with students at the time, but he asked if I would be interested or be willing to do that. Knowing that we had programs here at Jesuit, I knew that Mr. Perry was in the process of developing a relationship with the school in Guadalajara and in Peru at the time. 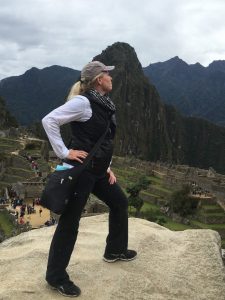 He approached me about working on that with him. It seemed like a natural thing to do. As I said, um, I don’t tend to go land someplace and want to do that on here. I sort of just soak it all in, and that became a natural sort of extension of the classroom in many ways and helping people understand the world a little bit better.

One of the things I think that makes me unique is I tend to really start at the 100,000-foot view. I can be a very detailed person, but I’m also a very broad idea person when it comes to the shooting again.

I’m not much of a sports fan, so it was a way to, to, to try to connect with some of the guys in the classroom, um, when they would talk about what they did over the weekend. And they’d ask me, what did I do? I would tell them about shooting in a match, you know, Oh, what are you?

And so that develops into a national conversation. Well, over the course of, I’d say a year or so, I’d had a couple of students two years. Um, well, one student in particular, Matthew Freeman, two years in a row and then Cole Harrington. I had him in Spanish 3, and the same year, they both came to me within two weeks of each other and said, “Hey, I’d really be interested in starting a shooting team.”

That started this whole set of conversations that helped us develop the team. So once again, it came up naturally. It wasn’t something that I decided to start and then solicit interest from the kids. It happened the reverse way, which is how it should happen. I think the guys are interested in it and there’s a sponsor here.

Then, we try to find a way to help you all to explore your interests.”

What makes you unique?

“I’m sure if you’d asked me that question 25 years ago, I’d probably say something different, but I think that’s the great part about being a human is that we grow and we evolve

So what makes me unique? I’m a strong believer in our abilities as human beings to see each other’s true souls and beings and love that about each other. I am a strong believer in the uniqueness of this country and I am unabashedly, unapologetically proud to be an American to be a strong supporter of constitutionalism, the rule of law, democracy and all that it stands for.

We, as human beings, are vehicles for change. Change is always necessary, and things need to change and evolve. But I think that, um, at the current time I have, um, found, um, a lot of inspiration in some, um, Maybe not mainstream kind of people. I think that one of the things that kind of makes me unique is that I don’t just accept movements without reading about them.

One of the things that makes things challenging right now is that so much of our stuff comes through social media, whether Facebook or somebody shares something with you and you don’t really know its origins. Unless you fact check go look at stuff, you don’t really know.

It’s almost harder to be an informed human being these days, because so much of the information that we get is somebody’s opinion. It’s not necessarily fact-based. Even facts can be interpreted a couple of different ways. So I think I’m in this real phase right now where I want to look for the answers and want to find the truth. So I’m a truth seeker. I’m reading three books. One is by a guy named Jason Riley. Candace Owens is another one that I’m reading called Blackout. Thomas Sowell is another guy that I have found which talks about not only racism, but also about communism.

He was a proclaimed Marxist at one time, and he explains why he’s no longer, that way and what turned his head the other direction. So I think, um, that’s the complicated answer. I try to be informed.”

Why do you think it’s important for kids to learn Spanish?

“I think because it is a bridge to so much.

It’s a bridge to help forge connections and relationships with people to understand culture. Each of us is who we are and we have our, how we grew up and all that kind of stuff. But through this study of language or through science or through sociology or how wine is made, hopefully you make connections with other people who have similar interests. Language is an automatic common connection for human beings.

Through language, we share our deepest thoughts, our emotions, our vulnerabilities. And I have seen so many situations where, because I’ve been able to communicate in someone’s native language, they have calmed down as if they were worried or upset about something.

If you had one piece of advice for students going out into the world, what would it be?

“I often write this in notes that I give to fellows or in graduation gifts or things like that. The first to always walk with God.

If you hold in your heart the sort of his standards and how to treat people and walk through the world, if you keep God and your relationship with him at the center of that, as much as possible, that is a good grounding piece to view the world and help you make decisions.  I know sometimes it’s harder than others.

Check back to The Roundup for more teacher profiles!