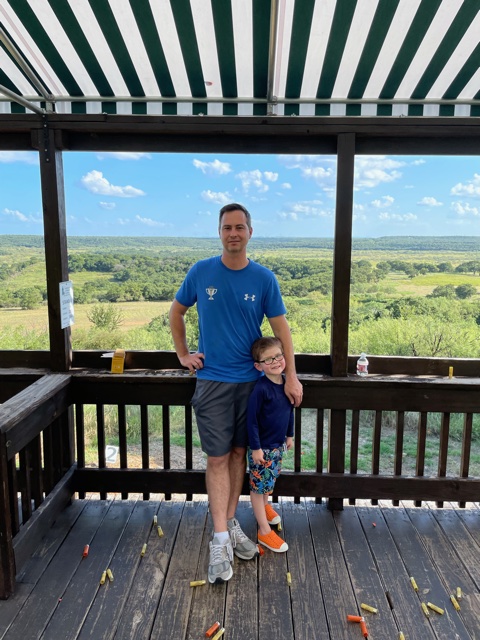 Community is a major part of what defines Jesuit Dallas. Whether it be through discussion of film and television or philosophical thought in the classroom, Jesuit always strives to be a welcoming and comforting place for all.

At the start of a new school year, I decided to interview Mr. Ellis, one of the newest members of the theology department.

So what brought you to be a teacher at Jesuit?

What are your interests outside of the classroom?

“I started watching Ted Lasso, that’s good. Some favorites would be The Wire, Six Feet Under… A lot of great HBO shows like The White Lotus.”

“No single favorite, but I would say some big favorites are some Martin Scorsese films like The Departed. Francis Ford Coppola for the Godfather movies. Steven Spielberg obviously, Indiana Jones…Last Crusade is my favorite of them. I enjoy a good conversation, reading novels, and my family.”

What are your thoughts on Jesuit so far?

What advice would you give your students?

“For the class, I would say to just think for yourself. Think critically, think deeply. Don’t just do the readings, but like really think about them…and keep an open mind. I would say advice for life that’s trickier…Some good advice my grandfather would say would be ‘Keep your head up,’ a positive attitude.”

What compelled you to teach Theology?

“I was a philosophy major, so always been interested in philosophy and religious studies. I did a Masters in theology, so it’s been an interest of mine since high school actually. When a teacher kinda got me into [theology], I had a long journey into Catholicism. I eventually converted, but basically, I’ve been a student of theology for most of my adult life. And I always wanted to teach it, but previously I was with schools that didn’t offer theology. In fact, I was an attorney for about seven years, was a teacher before that, I missed teaching so now I’m here.” 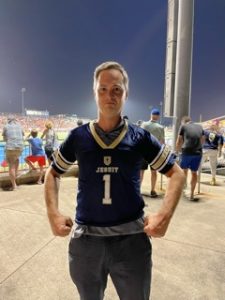 If you see Mr. Ellis in the halls, make him feel welcomed and at home.

Check into The Roundup for more Teacher profile pieces.