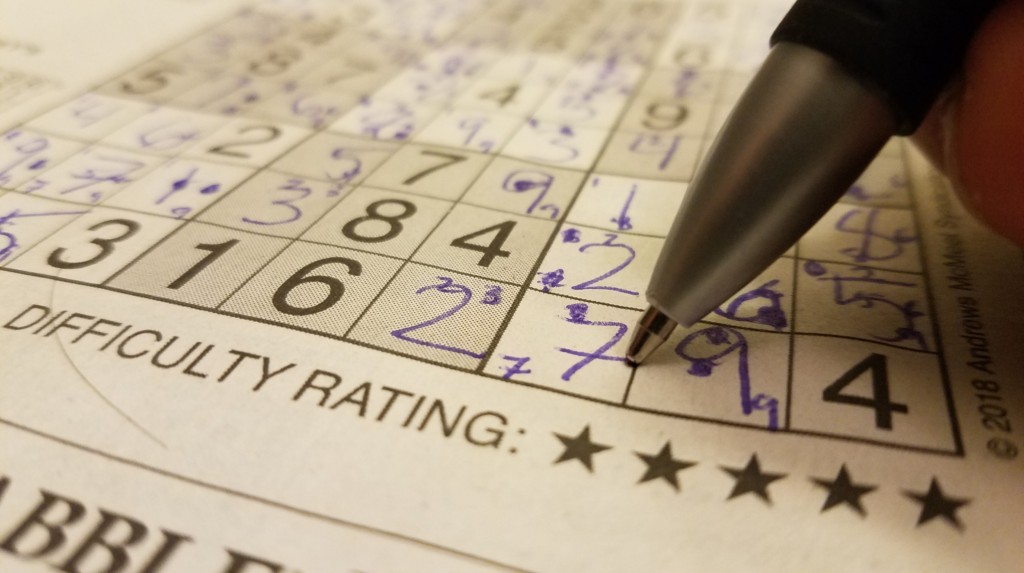 If you’ve ever seen a newspaper, or done any logic puzzle in your life, chances are you’ve seen Sudoku.  That 9 x 9 block where you have to fill in the numbers 1-9.

There are plenty of articles on the cognitive benefits of it. When I googled it, Google even suggested I search scholarly articles. So it seams pretty legit that the puzzle is good for your noggin.

I don’t care about that though.

I just do it because it’s fun.

Recently, I began revving up my Sudoku engines. I downloaded this app (great app – check it out) and slowly began stepping up my game.

The app I recommended has so many useful hints and strategies to solve the harder puzzles, but I thought the explanations were pretty lacking. I took my questions to Google, where most websites articles made me more confused than I was in the first place.

That’s why I decided to make explanatory articles myself – for one of the world’s most respected journalistic institutions, The Roundup. In this series I will start from the simplest tricks and gradually work up to less intuitive maneuvers. By the end of this series, we wanna-be-Sudoku-ninja-warriors shall harness the power of these strategies! We shall conquer any block that stands in our way! We shall never surrender! (Except for the uber-difficult ones… Those get ridiculous)

If you want to up your Sudoku game, join me on my journey on The Roundup,  every Friday for the next couple weeks.