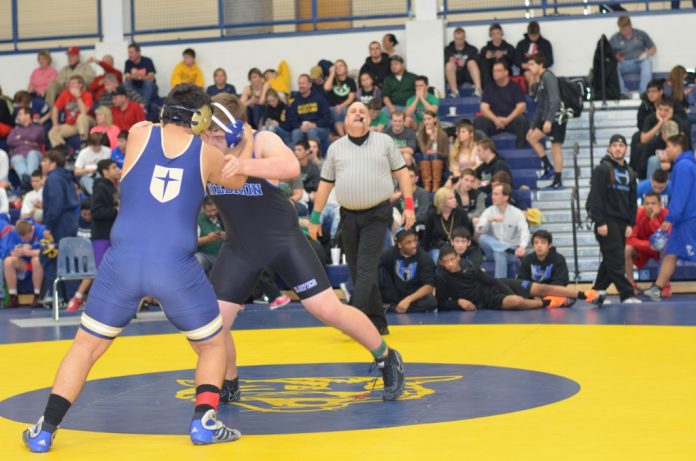 Wave after wave of competition comes forward, but after each round, the Jesuit wrestlers still stand. Eight schools from all over the district met at JJ Pearce High School for the District Wrestling tournament, but none of the schools seemed to be able to stop the Jesuit Wrestling team as seven members managed to advance to the Regional tournament.

On the Varsity team, seven out of ten wrestlers placed in the top four and moved onto the Regional Tournament, while two wrestlers took home first. Meanwhile, on the JV team, all four entrants made it to the finals, and three of them won their entire weight division. That being said, the Jesuit Varsity wrestling team placed third in the overall event, losing to Lake Highlands and Skyline. Speculation is that the team would have placed higher if they had entered someone in every weight class, but unfortunately, the team did not have four wrestlers meeting the required weight for four of the weight classes. 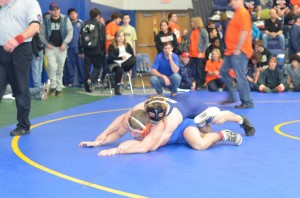 Entering four students in the JV, Jesuit came out with three wins and one second place. Dylan Yhap ’15 in the 126 pound weight class, Michael Ingram ’15 in the 145, and Matthew Schonberg ’16 in the 132 all placed first in their respective weight classes, and Caleb Kilpatrick ’14 placed second. Unfortunately, there is not an official Regional tournament for JV. So, they are done with their season, but don’t forget to congratulate them on their success!

In response to his victory, Shane Ross said that he feels “accomplished but not content,” and that he’s “mentally refocused and ready to win 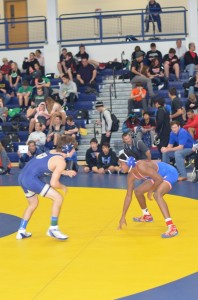 regionals.” Commenting Similarly, Dylan Yhap, first place winner on JV, mentioned that, despite his victory, he aspires to be better, hoping “to go to regionals next year” on the Varsity team.

The Regional tournament will take place January 31st-February 1st at Allen High School. From there, those who place in the top four will move on to the state tournament, which is set in Garland, Texas on February 14-15, two weeks after the Regional tournament. Coach Menard mentioned that “both of our boys [Shane Ross and Nick Barker] could be the best in the state tournament. It just depends on how they perform and compete when those days come.”

Coach Menard highly encourages “any student interested to come down to the wrestling room and try out a practice to see if they like it,” and as the team shifts to the freestyle season, now is the perfect time to pick wrestling up. The 106, 113, 170, and the 220 weight classes are currently vacant, and the team holds wrestle offs for various spots frequently throughout the year. There are many opportunities to get good spots on the team, and you  never know. You might fall in love with a new sport.