A naturally Covid-19 safe, socially distant sport, the Jesuit competitive shooting team has been one of the lucky teams able to continue to compete. In competitive shooting, the competitors are not required to wear masks because of the fact that they are always distant. For that reason, the team was able to begin practice in the late spring of 2020, unlike many other teams at Jesuit.

So far this year, Jesuit has competed in many events in which the shooters compete with schools such as Allen, Waxahachie, Midlothian, Highland Park, and many others.

On Saturday, January 16th, both the Varsity and Junior Varsity teams competed well, with many competitors shooting in the top of their events.

In the sporting clays and skeet tournament, Jesuit placed 4th. For those new to the terminology of competitive shooting, skeet is 4 rounds of 25 shots at crossing targets. Sporting clay tournaments are 100 shots at spontaneous stations. These tournaments are long and intense, meaning that those who are very experienced will come out on top.

In an interview with Coach Maggard, she highlighted the accomplishments of one sophomore with particular skill and achievement. Sophomore Christian Straffon, a top competitor on Jesuit’s team, says that in order to prepare for a tournament, he likes to relax his mind in order to prepare for a successful shoot. He also loves to “practice and try to focus on [his] craft.” In order to be successful in these tournaments, he says, you need to “focus on the direction of the clay” and focus on the “speed to try to knock it out of the sky.” Christian hit 25 targets straight in the last trap tournament.

The Jesuit competitive shooting team will be facing off in another event on February 20th, and we wish the Rangers the best of luck in this competition!

Check back to The Roundup for more coverage of competitive shooting! 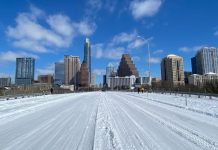 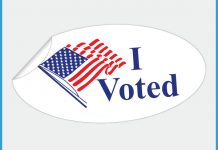