More
JesuitRoundup.org is brought to you by:
The Ashmore Family
Sports New Locker Room Facility: Everything You Need To Know
Facebook
Twitter
Email
Print 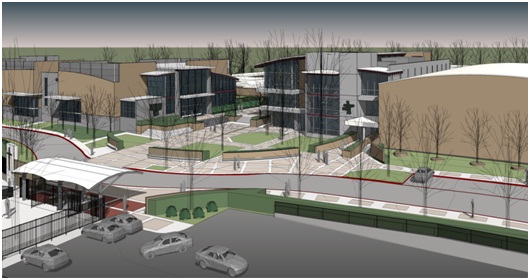 Every day, students notice the construction of the new locker rooms as they walk to athletics or classes in the Terry Center. We all know what’s being constructed; however, most people aren’t aware of the important details. 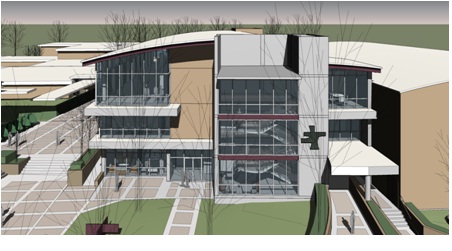 In an interview with Assistant Principal Mr. Fred Donahue, I had the opportunity to find out a lot of the details of the new complex, which is currently set to be finished by the end of October.

As with any construction project, including previous projects such as the new football field/stadium and the new classroom wing, which was completed during last year’s school year, certain people were given the opportunity to run and maintain Jesuit’s latest construction project.  Mr. David Berend, father of John Berend ’13, is Jesuit’s chief financial officer and is greatly involved in the construction of the new facility. In addition, Rick Atkinson is currently the director of construction. In fact, Atkinson had a profound influence on the construction of the new classroom wing and the new counseling area by working for the architecture firm, where he acted as a “middle man” between the designers and the actual constructors. Mr. Donahue has the task to verify that the building flows with its academic structure. Finally, a man named Davis Chauviere is behind the design, which is planned to match the architecture of the Terry Center, also relatively new to the school’s history. Chauviere was the architect behind the design of the new counseling wing upstairs. It’s also interesting to note that his son graduated from Jesuit College Prep in 1996. In conclusion, many of the guys have been involved in previous construction projects at Jesuit College Prep and have unsurprisingly come back to get involved in Jesuit’s latest project, a seemingly good decision.

While one can tell from the images and mockups that the new facility is undoubtedly going to be bigger, how much bigger is not so easy to tell. To put it to comparison, the entire old facility measured in at around 11,000 square feet and the new facility will measure in at around 41,000 square feet, a 29,000 square foot increase.  To put things in perspective, the new weight room will be nearly as large as the entire previous facility.  Students, coaches and athletes alike will greatly appreciate the new space as a welcome transition from the great lack of space in the previous facility.

Prior to construction, the coaches met to discuss the floor plan and verify that it worked and flowed with each of the sports. Most importantly, however, they made sure that each sport received their own locker room with the exception of wrestling, which will keep their current locker room on the bottom floor of the Terry Center. The floor plans agreed upon by the coaches (1st, 2nd and 3rd floors, in that order) can be seen below. 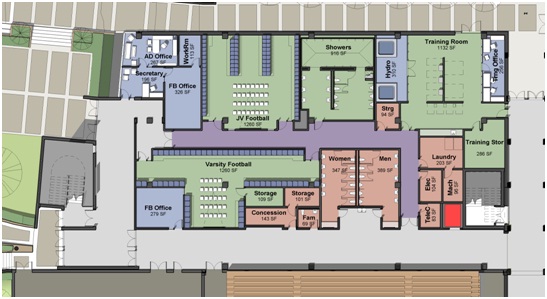 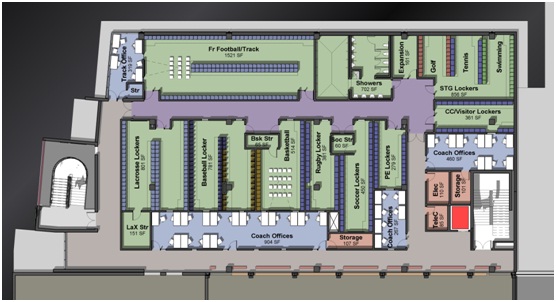 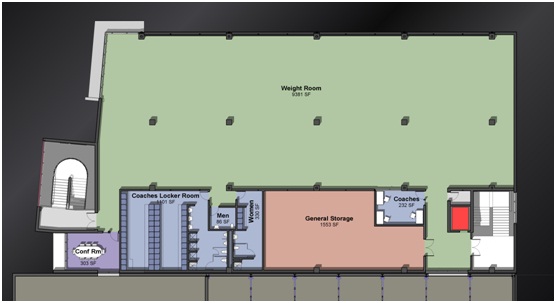 From the above pictures one can notice that each sport will receive its own locker room as previously noted. In addition, each tier of football–freshman, JV and varsity–will receive its own individual room. Also, by request of the football and basketball coaches, each football and basketball locker room will receive chairs and a Smart Board to view and analyze film directly in their own spaces. The white squares in these locker rooms represent the chairs’ locations and the dashed lines portray the viewing angle and point towards the Smart Board’s location. This is definitely a welcome addition as the previous “film room” was not very large.

In addition to each sport receiving its own locker room, it is also important to note that the all-new weight room located on the third floor will be bigger and better than ever. This weight room, measuring in at nearly 10,000 square feet, is nearly as large as the entire previous athletic facility. With the space will be new equipment to replace the older, rusty selection. On the other hand, the old weight room will be transformed into the crew, fencing, and other sports workout center, as the Crew team currently does not undergo practices at Jesuit College Prep. Finally, wrestling is expected to maintain its current workout room and locker room as there is no incentive to move.

Likewise, a new training room facility will also be implemented into the new athletic facility as it too was in need of an upgrade. Located on the first floor and measuring in at over 1,000 square feet, the training room will also receive new equipment and materials.

In addition to new locker rooms and the new training room, coaches will also be pleased with their much increased office space. Prior to the construction, coaches were crammed into an extremely small place with some having to share offices. Now, however, the coaches will be receiving over 2,500 square feet in office space in addition to an all-new conference room on the third floor, overlooking the football field. Also, the coaches will be receiving an all-new locker room that measures in at over 1,000 square feet and is located on the third floor adjacent to the new weight room. Finally, despite the construction of the colossal three-story complex, Xavier Mall will be re-established, maintaining its previous identity and architecture.

Alec Sellick and Alex Cohen, both currently enrolled sophomores at Jesuit College Prep, offered their own outlooks on the new facility, having had the opportunity to interview students, coaches and teachers in the process, as well:  “While interviewing Academic Principal Mr. Tom Garrison about the school’s new locker rooms, many interesting and exciting things came up. One of the most anticipated ideas that might come about is that of incorporating lunch tables outside of the cafeteria. This would be a great idea so as to lessen the clutter throughout the lunch tables inside the school and to allow people  to relax by feeling the breezy, fresh air outside.  Also, a path might be built onto Xavier Mall to allow people who might be injured to more easily pass through.”

Additionally, expressing his own excitement for the location of new weight room, Mr. Garrison said, “I think that’s going to be very nice, overlooking the football field.” It will be about three times the size of the old weight room and allow more workouts. Basically, the idea is that while you are working out you will also be able to view what is going on by the football field, whether it is a practice for some sport or an actual game. In addition, the new locker rooms will benefit from new showers as well as a huge expansion in each sport’s locker rooms. Although some teams such as track and football might have to share because of the similarity in their seasons’ schedules, “the locker rooms will be big enough so that each person will have plenty of space for his own bags,” Alex Cohen ’13 said.

Alec Sellick ’13 enthusiastically notes:  “If there’s one thing we Jesuit students now know, it’s that  new locker rooms are on the horizon. Many athletes are excited not only for more space, but they are excited to actually have available locker rooms.”  I asked two other students what they thought of the locker rooms.  Sophomore varsity soccer player Chris Mathis ’13 said, “I’m excited for more space, more lockers, and more room, hopefully, so it is not so cramped in the locker rooms.”  Another sophomore JV soccer player, Jeff Fultcher ’12, added, “During football season I didn’t even have a locker! So it’s obviously exciting for all the athletes because we will all have the opportunity to keep our belongings organized and safe.”  Based on my interviews, it seems to me like everyone is fired up about the new locker rooms coming in the future.