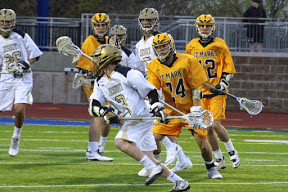 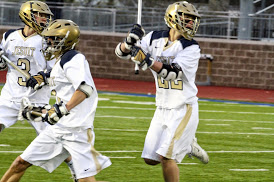 The Jesuit Varsity Lacrosse team recently went to war against two of the best programs in the state, Westlake and St Mark’s.

Jesuit traveled south, following their spring break campaign in North Carolina, to the capital of Texas to face off against the growing lacrosse power that is Westlake High School. Westlake is considered by most to be the best team in the central division, having only lost to ESD, one of the top three teams in the entire state, by only one point. The Austin high school also boasts a very talented, but very raw, group of athletes, led by a freshman midfielder, who has been described by the Jesuit coaching staff as “one of the best in the nation.”

While Westlake stood as a worthy adversary for the Jesuit’s varsity, it was the Rangers who would win the day. Jesuit came out firing, scoring in their first three trips down the field. “After that, we kind of settled in and put together one of our best games this year,” says attackman Jason Myers’ 14. Jesuit was able to neutralize the impressive midfielder and “coast through [the rest of game by] just [doing] our jobs,” says senior defenseman Hayden Clouse. The Rangers put in the second string players midway through the third quarter and left Austin with a victory, winning 14 – 6. “We executed well and played the way we knew we needed to in order to win a game like that. Usually, Westlake is a really tough team, so we didn’t want to come out slow and have to grind the game out. Overall, it was a good confidence builder,” stated Myers. Jesuit would certainly need that confidence, going into their game against longtime rival St. Mark’s. 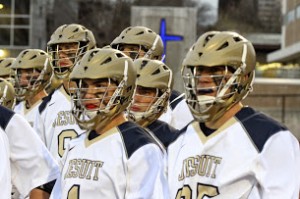 After having travel to North Carolina and then to Austin, the Rangers enjoyed hosting one of the biggest rivalry games of the season against the defending State Champions, the St. Mark’s Lions. According to Myers, “The St. Mark’s game is always huge, so we were really excited to finally be playing one of our rivals. For the seniors, it was important too because it could be the last time we ever play them. Also, the fact that we knew there would be a lot of fans and a lot of hype going into the game made it that much more exciting to finally play.”

Jesuit got down early to start the game, trailing two goals to none at the end of the first quarter, though the Rangers rallied in the second quarter, scoring two goals to tie it. Then the Lions swung right back and scored to make the game 2 – 3. It was 4 – 4 at the end of the first half, each team answering the other. It would remain a heavy weight about until the fourth quarter, when the Rangers were able to gain momentum. The fourth quarter began with a score of 6 – 6 until “Gavin McClure went off and had two goals in the fourth, [one of which] he shot behind the back, which really gave us momentum to finish the game out,” said Myers.

Jesuit pulled out the victory, winning 9 – 7, despite some avoidable mistakes on the offensive end and uncharacteristic undisciplined defense. This victory not 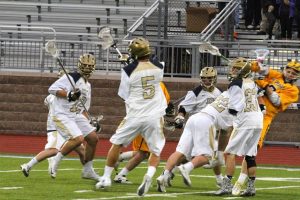 only holds significance due to the nature of the rivalry, but also due to it propelling Jesuit one step closer to its goal, clenching the first overall seed in the playoffs: “It’s a district win so that puts us in a better position to get the number 1 seed in playoffs.” The big win also aids the Rangers in yet another way: hardening them for the competition that is to come. Clouse says, “Our two biggest games this year are going to be [against] Highland Park and ESD, so we really have to take advantage of when we play a good opponent like St. Marks … so we can prepare ourselves for those next games.”

Congratulations to the Jesuit Lacrosse team on their victories! The game against Highland Park is on Friday, April 11, and the game against ESD is on Thursday, April 17. Don’t forget to wish them good luck in their upcoming games! 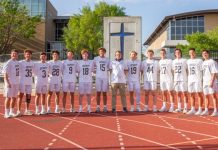 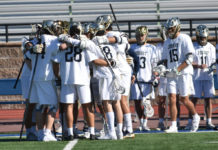