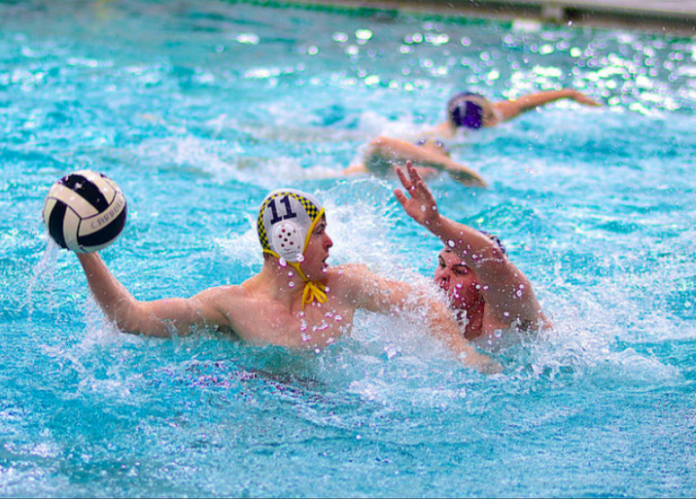 After their initial season last spring, the Jesuit water polo team is back and ready to make a splash in the DFW area.

The Jesuit water polo team opened the season with many decisive battles across North Texas.  The Rangers recently competed at tournaments in Flower Mound, Southlake, and Marcus.

What is Water Polo?

Water polo is an aquatic game played between two teams, each with seven players in the pool including the goalie.  Like many sports, a team wins by scoring more points than their competition.  At each end of the 30m pool (6′ deep), there is a 10′ x 3′ goal with designated 2m and 5m lines in front of it.

Similar to “the crease” in lacrosse, in water polo no player of the opposing team can be within the 2m line without the ball.

When the ball is settled, the offense usually tries to throw the ball to the center position, (who can “post-up” like in basketball), or to an open player on the perimeter for a shot.  Meanwhile, the defense attempts to make a steals and block shots.

In water polo, the off-the-ball action is often the most physical as players wrestle and grapple each other underwater for an advantageous position.

No player is allowed to touch the bottom of the pool at any time.  Every player is constantly treading water, often hands-free, to play defense, pass the ball, or shoot the ball.  Then, after each blocked shot, the offense swims down the pool for a fast break, like in basketball, hockey, or lacrosse.

Additionally, each player wears a protective cap that also has their individual number.  Also, the Rangers get to wear these awesome Jesuit Speedos. 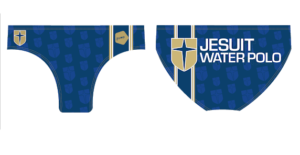 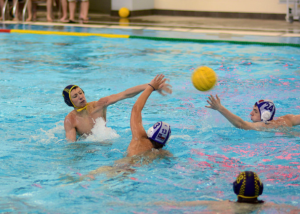 In the second game the Rangers came up short, losing 10-1 against an experienced Marcus team.

“Overall, the athletes played hard, competed, listened, learned, improved and had fun.  This is only the beginning,” remarked head coach, Joe Linehan.

“The team came out a little slow in the first quarter and then re-focused, played hard and competed, but came up short.  I believe the team is coming together, playing smarter, and understanding the sport better each and every practice/game,” added Coach Linehan.

In a hard-fought weekend, the Rangers fell 8-2 to Flower Mound and came up short against Denton 10-6, despite a second half comeback.

Coming off a productive week of practice, the Rangers came out of the gates blazing, going up 5-1 against Braswell High School in the first half.  The Rangers then finished the job, winning 10-5.

“The team really came together and our team chemistry improved.  The [Marcus] tournament allowed us to challenge ourselves against some strong teams and we were able to showcase what we worked on in practice in the games,” noted Sean Holden ’19.

However, in the second game, Waco Midway gained an early lead and then racked up a few more goals to serve the Rangers a 8-4 loss. 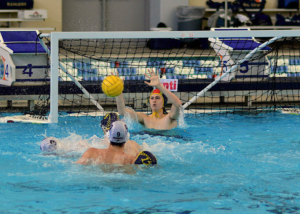 Additionally, nearly ten athletes who are new to the sport played in both the varsity and JV games to accumulate more in-game experience.  The JV team, tied both of their games 8-8 and 7-7 against Lewisville High School and Denton-Guyer respectively.

“It was really hard, but a great way to gain experience.”

“Overall, Coach Francois and I were very happy with the athletes improving and working hard throughout the four games.   There is still a lot to improve in the coming practices and throughout the remainder of the spring season.”

Stay tuned to the Roundup for the latest Ranger water polo news. 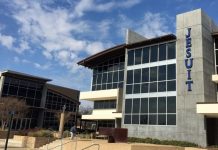