More
JesuitRoundup.org is brought to you by:
Joan A Degen    Carl & Theresa Motter
Sports Jesuit Track and Field Finishes its Season With a Dominating Record
Facebook
Twitter
Email
Print 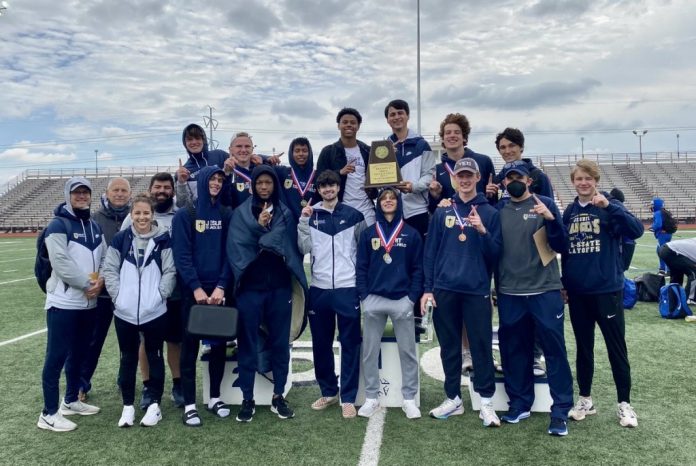 Over this past season, Jesuit’s Track and Field team has shown some of their best accomplishments in years. With so many wins and impressive athletic feats, Jesuit has had an incredible year.

Jesuit came out at this event with some amazing statistics. Junior Enrique Borrego dominated in three events. He won in the 800, 1600, and 3200-meter races.

The Ranger team of Thomas Wray ’22, Charlie Clements ’21, Cole Younger ’22, and Max McFarland ’21 defeated competitors like Richardson and Irving in the 4×100 relay. Juniors Ford Butler and Patrick Bennett alongside Wray and McFarland all won the 4×200 relay. The relay team of juniors John Archer, Cole Younger, and Patrick Bennett with sophomore Charlie Humbert finished the 4×400 relay race with a win by five seconds.

Grant Kostos ’22 won the high jump contest, clearing the bar by nearly one foot. Blake Hunter ’22 finished the long jump in first with a 20’2.25″ jump. Richard Hamilton himself made a solid personal record in the pole vault. 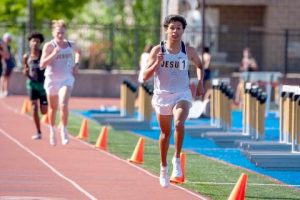 Jesuit performed quite well here. The 4×200 relay team of Max McFarland ’21, Patrick Bennett ’22, Ford Butler ’22, and Thomas Wray ’22 won by .5 seconds, breaking their previous record. In the 4×100 relay race, the team of Charlie Clements ’21, Cole Younger ’22, Wray, and McFarland broke a school record set in 1969. Both teams qualified for regionals.

Jesuit made history by making it so far into the State’s competition for Track. In the 4×100 relay, Thomas Wray, Ford Butler, Charlie Clements, and Max McFarland placed fifth, clocking out a solid 42.75 second time. Patrick Bennett concluded his solid season with a 38.7 in the 300-meter hurdles. Carson Walls placed ninth in the long jump, jumping 20’10”. Grant Kostos placed tenth with a 6’2″ jump in the high jump. Lucas Hernandez finished 11th in the discus with a 47’9″ throw. Blake Hunter finished 13th in the long jump with a 20’5.25″ jump. Richard Hambleton leaped above the 12′ bar in the pole vault. Enrique Borrego placed eighth in the 1600 meter run and 12th in the 3200. For Henry Domine, he concluded his Jesuit track career by placing 15th in the 1600 meter run and 14th in the 3200. Ryan Schurr placed 14th in the 110-meter hurdles. In the 4×200, Butler, Bennett, Wray, and McFarland finished 13th in the preliminaries.

Jesuit clocked out a historic season with some impressive records. May the team take their incredible work and pull through another incredible season next year.

Stay tuned in on The Roundup for more Track/XC articles.