More
JesuitRoundup.org is brought to you by:
The Ashmore Family
Sports Golf Jesuit Golf Aces Through Start of the Season
Facebook
Twitter
Email
Print 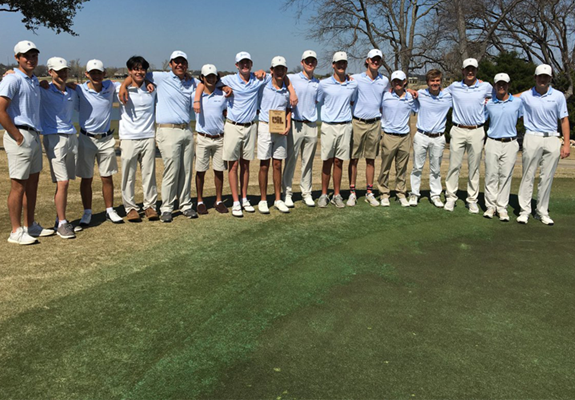 At the Plano Invitational, the Ranger varsity team finished second with a team score of 295, while the JV Gold team finished close behind with a 297. The Jesuit Blue finished the tournament at 319 to take third. Andrew Petruzzelli ’23, who won his first-ever high school tournament with a three-under score of 69, led the charge at Twin Creeks. Max Reimer ’21 added a two-under 70 to finish second as Carson Cusick ’20 and Hunter Pratt ’22 finished with identical 74’s to place seventh.

When asked to reflect on the strong performances this month, Gordon Schmerback commented, “we did pretty well. We did finish third, which is Jesuit’s best ever in that tournament. The first day we had the low round so we were leading after the first round.”  Moreover, when reflecting on the team’s ambitions, he said, “we have a very good team this year, so hopefully we can be as competitive as possible in the coming tournaments.  Our long-term goal over the year would probably be to win the 6A state championship, but we need to work very hard for that.”

Jesuit’s recording-breaking finishes in both of these tournaments indicate the team is on an excellent track to reaching its goal. Moreover, Gordon ended the interview on a strong note, remarking, “this tournament definitely shows we are ready for the state championship because two of our main competitors in districts were in this tournament and we beat one by a good margin and tied the other, so if we can just play a couple of good shots better, we have a pretty good chance at making it to state.”

The Jesuit junior varsity team will continue the season on Oct. 1 at the Marcus Invitational before the varsity squad will head to Texarkana on Oct. 11-12 for the annual Classic Tournament hosted by Texarkana H.S.

Stay tuned to The Roundup for more on Jesuit Golf! 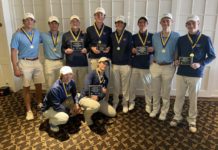