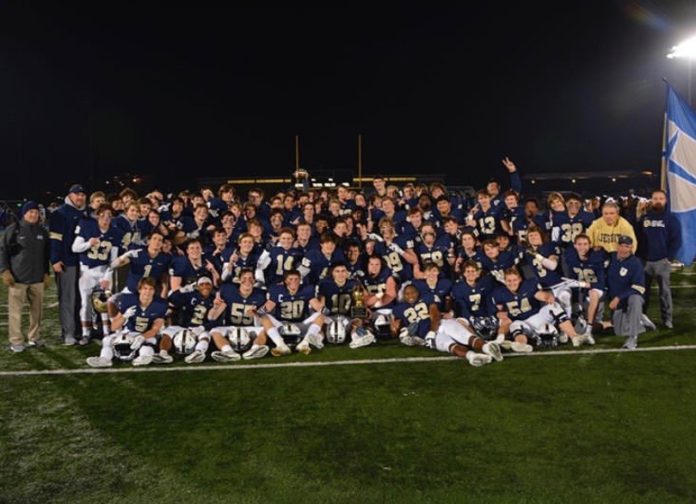 This past Friday, the Rangers looked to take on the Lakeview Centennial Patriots in a Bi-District matchup. The Ranger offense didn’t disappoint, as Wide-out EJ Smith ’20 led the Rangers to a dominant 45 point outing, just days after undergoing hand surgery. Not only that, but the Jesuit defense put on a show, containing the highly stout Patriot offense to just a pair of touchdowns. As a result, the Rangers swiftly defeated the Patriots 45-14. 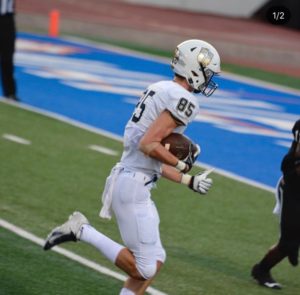 Led by quarterback Rance Holman ’20, the Rangers came out hot early in the first quarter. On their first drive, the Rangers put together a dominant-four play drive, ending with an EJ Smith 16 yard rushing touchdown. They didn’t slow down, as the Rangers would go on to score another touchdown and a field goal within just the first quarter. As the 1st half was coming to a close, runningback Jake Taylor ’21 strung together some impressive runs, finishing the drive off with a 6 yard touchdown with just 50 seconds left in the half. In the second half, looking to extend the lead, EJ Smith ’20 ran for another dominant 53 yard touchdown, putting the Rangers up 31-7 with 11 minutes left in the 3rd quarter. The Rangers would go on to score a pair of touchdowns and comfortably close the game out.

Runningback Jake Taylor ’21  had himself a game, accounting for 3 touchdowns on 169 total yards. Another standout, receiver EJ Smith ’20 had a pair of rushing touchdowns and a receiving touchdown for a total of 146 yards.

Lineman Austin Wood ’20 had himself an impressive outing, leading the team with 7 tackles, 2 tackles for loss, and a sack. Defensive back Robert Fitzgerald ’22, and Linebackers Jack Barton and Tommy Roy ’20 were all over the place Friday night, accounting for 6 tackles each.

Linebacker Jack Barton ’20 believes the Rangers “have just as good of chance against this team as anyone else”, he also said “we have fought hard in every game and will continue to” as they take on this difficult matchup.

Quarterback Rance Holman ’20 said “[they] are excited to take on the Lobos” and are “ready to prove to everyone what this team can do.”

This week, the Rangers are set to take on the defending UIL Division ll-6A State Champion Longview Lobos at Kincaide Stadium at 7:30 pm on Friday.