More
JesuitRoundup.org is brought to you by:
The Ashmore Family
Sports Football Jesuit Football Starts off District with a BANG!
Facebook
Twitter
Email
Print

In Texas high school football, district is when games to start to matter more, and the Rangers took that to heart on Friday. The Rangers dominated in their first game of district as they won 55-34. And this score does not fully demonstrate the demolition of the Mustangs led by senior playmakers at their skill positions.

The game started perfectly for the Rangers as we went up 21-0 playing well on both sides of the ball. First, the offense struck quickly as Kyle Heckyl threw a 45 yard touchdown to Cole Younger on the tricky first play of the game. Then, the defense got a goal line stand to get the Rangers the ball back. And then, the Offense took advantage of the great defense by driving down 95 yards in twelve plays capped off by a Robert Fitzgerald wildcat touchdown run. After that, the defense stood tall for a quick three and out stop, forcing a punt. But, the snap was low and the punter was down when he caught it giving the Offense a short field. The Rangers took advantage quickly with a 18 yard strike from Roy to Krepp for 6.

The Mustangs responded with two touchdowns to cut the lead to 21-14, but this is as close as the game got. Then, the Rangers responded with Charlie Clements having a 23 yard rush, followed by a 9 yard touchdown run. Following the score, the defense made a huge play, a Landon Usry interception and twenty yard return. This was the first of many turnovers forced by the frightening Ranger D. Penalties on the next drive squandered the great field position and put the defense back on the field. The Defense forced a quick stop and punt which was almost returned for a touchdown by Fitzgerald but he was caught on the twelve yard line. So, the Rangers ran Jake Taylor three straight times ending with a touchdown. The Mustangs responded ending the first half down to the Rangers 35-20.

The Defense had a great second half forcing turnovers and posting a shutout. However, the Mustangs scored a pair of garbage time touchdowns to make it look closer. The Rangers started off the third hot scoring two touchdowns and picking off Wahlberg in the end zone. First, after a quick stop by the defense gave the Rangers good field position which they capitalized it with a 9 yard touchdown run by Jake Taylor. Then, the mustangs drove down the field but were stopped by a Cooper Manning interception in the front corner of the end zone. Followed by a quick Jesuit score on an electric 75 yard run by Charlie Clements. Both teams the punted to each other, and then Jack Judson intercepted Wahlberg off a tipped pass. The Rangers took advantage of the field position with Jake Taylor scoring his third touchdown off the night.

Jesuit then ran out the clock, and the Mustangs got two touchdowns that made the loss look better. Jesuit wins 55-34, and starts 1-0 in district and gets back to .500 overall.

The Rangers played amazingly on both sides of the ball, and the blowout win to start district showed it. The offense exploded for 500 total yards, and 300 of it rushing. The Rangers rushing attack was led by Charlie Clements and Jake Taylor accounting for 225 yards and five scores. And then another excellent performance for the O-line only allowing one sack, but they had a ton of pancakes. Then, on defense the secondary played their best game of the year. The safety tandem of Pierce Jackson and Robert Fitzgerald

had almost 20 tackles combined. Then senior corner duo Max McFarland and Cooper Manning came to play. Both jumping and breaking up passes, both players played extremely well. Cooper also made his first pick of the year. And then linebackers Jack Judson and Landon Usry got interceptions off of tipped passes.

The Rangers have a tough task this week as we travel to play the wildcats of Lake Highlands in the Boneyard. The Wildcat offense seems formidable as they are coming into the game averaging over 44 points per game. But, after this impressive performance from the Ranger D, especially the pass coverage, I believe that Coach Woods can shut down the Wildcat offense. I can see the Rangers handing the wildcats their first loss this week because of our explosive offense and improving defense. 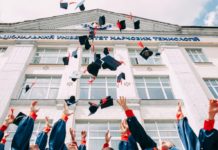