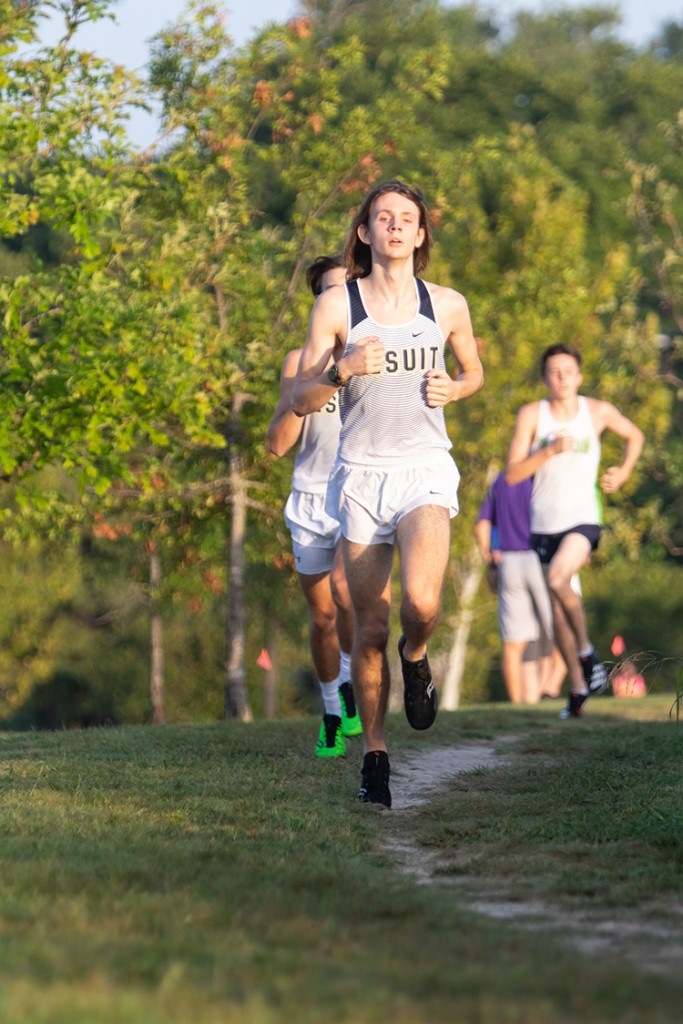 Cross country is starting again for Jesuit. In their first three meets, they looked to make an early season statement by asserting themselves as miles ahead of the competition (get it? Because they run? Nothing? Okay…). They began the new season with Thursday Night Lights right here at Postell Stadium. At Norbuck Park, they took part in Luke’s Locker Relay on August 28th. And finally, they finished up this weekend with the Lovejoy XC Fall Festival in McKinney. How’d they do? Well, let’s get into that!

Thursday Night Lights was an impressive start for the team, but even more so for Enrique Borrego ’22. With his performance on August 12th, Borrego ran the third-fastest time in the history of Thursday Night Lights, finishing with a ridiculous 9:41. As for the other runners, Ben McKinney ’23 finished second in the event with a time of 10:32, which ranked 12th overall. Jack Betz ’23 tacked on a time of 10:51 to earn third place in the event and 18th overall. Charlie Thornton ’24 came in with a time of 10:54 to earn fourth among the team and just barely sniff the top 20 overall. When all was said and done, it really was an impressive performance for the Rangers to begin the season, and they were looking to continue that newfound momentum at Luke’s Locker Relay on August 28th. 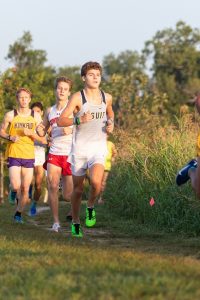 Now for Luke’s Locker Relay, the team of four runners for the Rangers consisted of Borrego, McKinney, Betz, and Thornton. And when the relay was over, the runners came in with a time of 31.45 overall, good for third place in the entire event. Borrego offered his take on how the Rangers did in the event: “I thought it was a good rust buster and the team ran to compete with the top teams in the state to finish a close third place.” Jesuit certainly impressed with their performance at Luke’s Locker Relay. 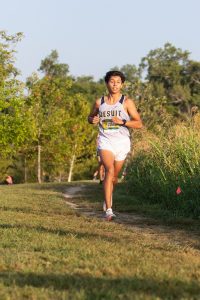 Well, that’s it for this article, but stay tuned to The Roundup for more cross country and sports news! And catch Jesuit’s next XC meeting at the Haltom Stampede in Fort Worth on September 16!