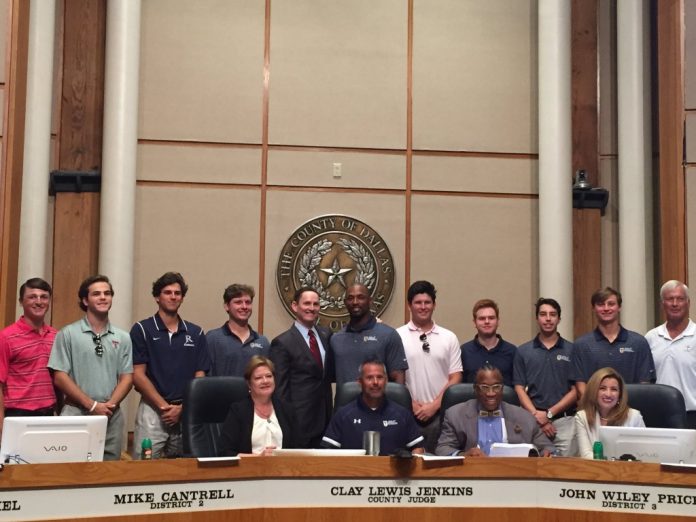 The Jesuit baseball player, dressed in white khaki pants and a blue polo, walks through the large silver metal detectors. Quickly, he scurries through a set of large glass doors and into the next room, taking a seat next to his teammates only a few rows away from the Dallas County commissioners who are sitting at the far end of the room, facing the audience. Suddenly, the judge bangs his gavel, marking the opening of the court and the silencing of the crowd.

The recognition by the Dallas County Commissioners Court was undoubtedly a great experience as Nic Colombo ’17 noted, “It was really cool. We got to walk up to the podium as the resolution was being read and then got to take a picture with the commissioners. It was exciting to see our county politicians dedicate time to recognize us for our accomplishments. It is definitely an experience I will not forget.” Colombo’s praises were echoed by other members of the team, namely Alex Lengyel ’17, who said, “I really enjoyed the whole thing, being recognized while the court was in session was really cool. It was definitely a very surreal moment.”

Make sure to congratulate members of the Jesuit baseball team on their tremendous season and accomplishments and keep up with The Roundup for any updates!