More
JesuitRoundup.org is brought to you by:
Home Sports Golf September Golf In Review 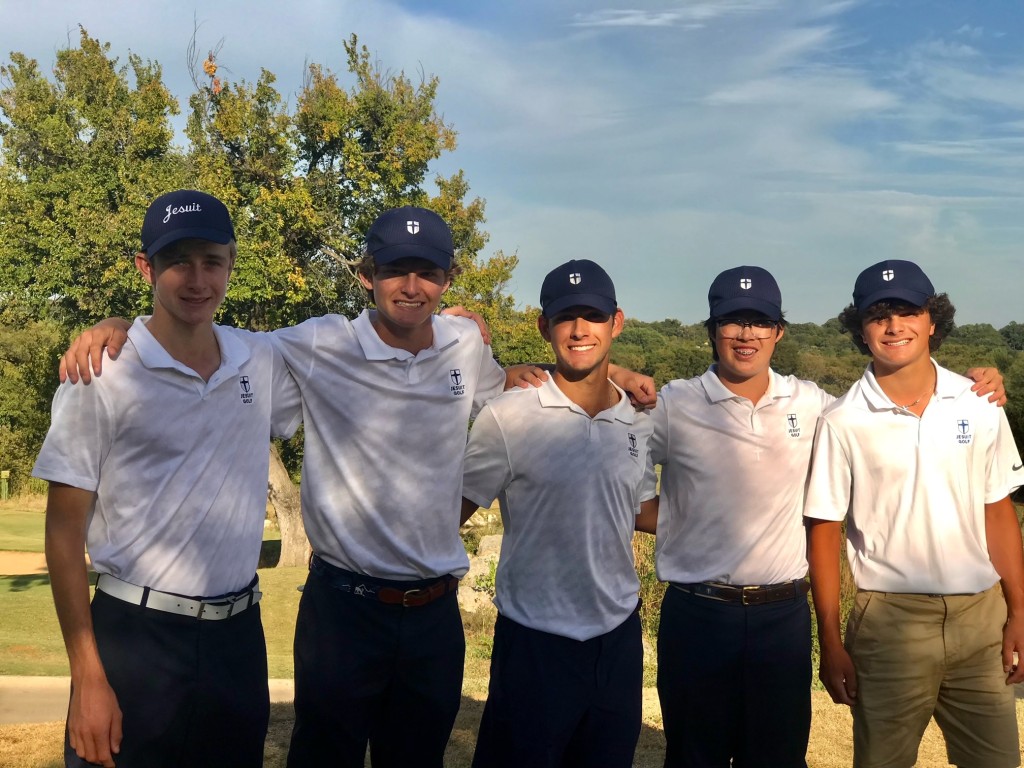 The golfer steadies himself as he readies to swing his club and hit the golf ball into the hole. The tense crowd watches as he patiently practices and readies for the final swing. As the ball swishes through the air, it finally reaches the green, swaying field, and the ball wades through the blades of grass as it finally falls into the hole.

This match was played on September 20, 2021 at Watters Creek GC.

Jesuit performed exceptionally at this varsity competition, placing 2nd in the competition out of 20 teams. The team’s total score was 316.

In individual results, Oliver Naumann placed 2nd with 74, Sean Mello in 3rd with 82, Zac Crosby with 82, William Jackson with 85, Hayden Montpas with 86, and Josh Estes with 91.

Jesuit placed 1st in the match with a score of 294, defeating the 13 other teams in the competition.

In individual results, Harrison Carter placed 1st with 70, Andrew Reichert 2nd with 71, Nicholas Norris 3rd with 72, Connor Chisum with 76, Tim Sparks with 76, and Tate Williams with 78.

This tournament was in Maxwell format, where the entire team’s score is combined and the four lowest scores on each hole makes up the score for that round.

I interviewed AJ Adams about how he felt about the tournaments.

When asked about working with teammates, he stated that “It was awesome working with my teammates, we built each other up and whenever one of us had a bad hole or shot, we tried to encourage them.”

Finally, after asking how he improved by participating in these tournaments, he noted that “I improved in the tournament by knowing that a good majority of my shots that had bad results were caused by either bad luck or bad course management. I told myself that if I kept doing the same things that my score would improve.”

The Jesuit golf team performed exceptionally well in these opening tournaments and have even more chances in the future to improve and grow together.

Stay tuned to the Roundup for more golf coverage.