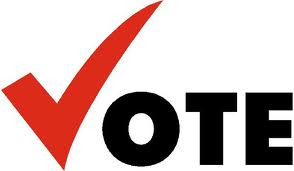 The results are in. In anticipation of the upcoming November election, this past week on Friday, October 12, The Roundup held a mock presidential election for the students of Jesuit.

During their lunch or free periods, the students were allowed to visit a booth run by members of  The Roundup where the students would sign in, receive a ballot, and then proceed to enter one of the four voting stations. After selecting the candidate of their choice, the students slipped their ballots into locked steel box, and then went on with their day. “I really liked how easy and straightforward the whole process was. I was in and out within 30 seconds,” said Pete Wetzel’13.

Out of the more than 200 ballots cast throughout the day, over 85% were considered valid by the Scantron machine that was used to count the votes. Of the three candidates on the ballot—Obama & Biden, Romney & Ryan, and Johnson & Gray—the Republican ticket of Mitt Romney & Paul Ryan took home the most votes, while the Democrat ticket of Barack Obama and Joe Biden took second, while the Libertarian ticket of Gary Johnson and Jim Gray followed up the rear.

But this mock election wasn’t as close as most people might have assumed given the recent national polls that separate Mitt Romney and Barack Obama—the two leading presidential candidates—by only a few percentage points.

Rather, the Romney & Ryan campaign received an astounding 65% of the votes from Jesuit students, whereas Obama & Biden received 29%, and Johnson and Gray received a meager 6%.

If these numbers represented the real election in November, Mitt Romney’s 65% percent of the vote would have been the largest percent of the popular vote since the beginning of this nation’s democracy.

“I just think this election speaks to the more conservative nature of the students here at Jesuit. It probably has a lot to do with the socio-economic background that the majority of kids here come from,” said Thomas Allen’13, a statement that was echoed multiple times throughout the day.