More
JesuitRoundup.org is brought to you by:
Home Featured Robotics FRC: Going to State 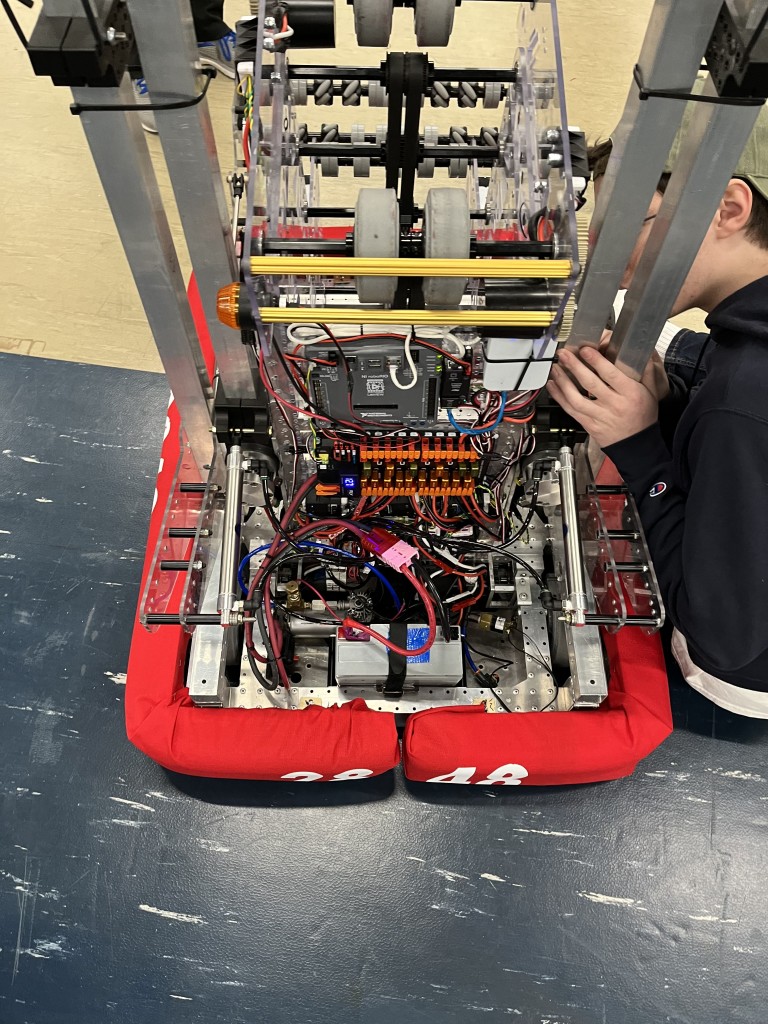 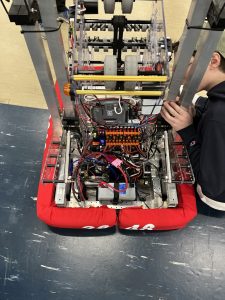 The robotics team carefully equips their robot with all the sensors needed and patiently puts it on the tarmac. As the machine quickly yet efficiently loads its cargo into hubs and racks up points by the second. As the timer quickly ticks away, the robots climb up several bars. In the end, the team is victorious, narrowly beating out their opponent. Like this, the Jesuit FRC robotics team played excellently throughout the season, earning them a chance to play at the state level.

This year’s FRC (First Robotics Competition) theme is Rapid React, where players use their robots to place their cargo balls into upper and lower hubs, earning them several points. Robots can also score additional points by traversing their hangar rungs.

During the autonomous period, the first 15 seconds of the match where robots move independently without driver control, the robot can score preloaded cargo balls into the hubs while moving from their starting positions, the tarmacs. Robots can also move around the field, collect additional balls, and score them into the hubs.

In the remaining 2 minutes and 15 seconds, drivers can hold up to two cargo balls at any one time and continue to score them into the upper and lower hubs. The drivers themselves can also help load these cargo balls on the robots. Points score through the hubs also lead to a cargo bonus. Towards the end of the game, these robots attempt to traverse as many rungs as possible. If a certain number of hangar points are earned, a ranking point is given, which contributes to the ranking of the teams. 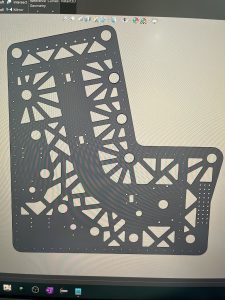 The Jesuit FRC team performed phenomenally this year. They played at two events, the FIT District Waco Event from March 3 to March 5, 2022, and the FIT District Irving Event. They had a record of 13 wins and 18 losses, and are 47th out of 164 teams, with a qualification record of 11 – 13 – 0 and a playoff record of 2 – 5, which all took place during the matches. Due to their valiant efforts, the team qualified for the District Championship, a state event, taking place this April. In addition, they scored a total of 66 points in those matches.

The FRC event provided a great time to learn more about the field of robotics and engineering while having fun making these machines with friends.

Saikrishna Gujjarlapudi’23 said that: “It’s a great experience, challenging, and mind-opening. I’m happy we qualified for state and I’ve learned so much here. Working with my teammates allowed me to build and create new things and it was fun competing with others.”

Stay tuned to the Roundup for more Robotics news.