More
JesuitRoundup.org is brought to you by:
Home Featured Rangers Roll Over Wildcats for First Home Win 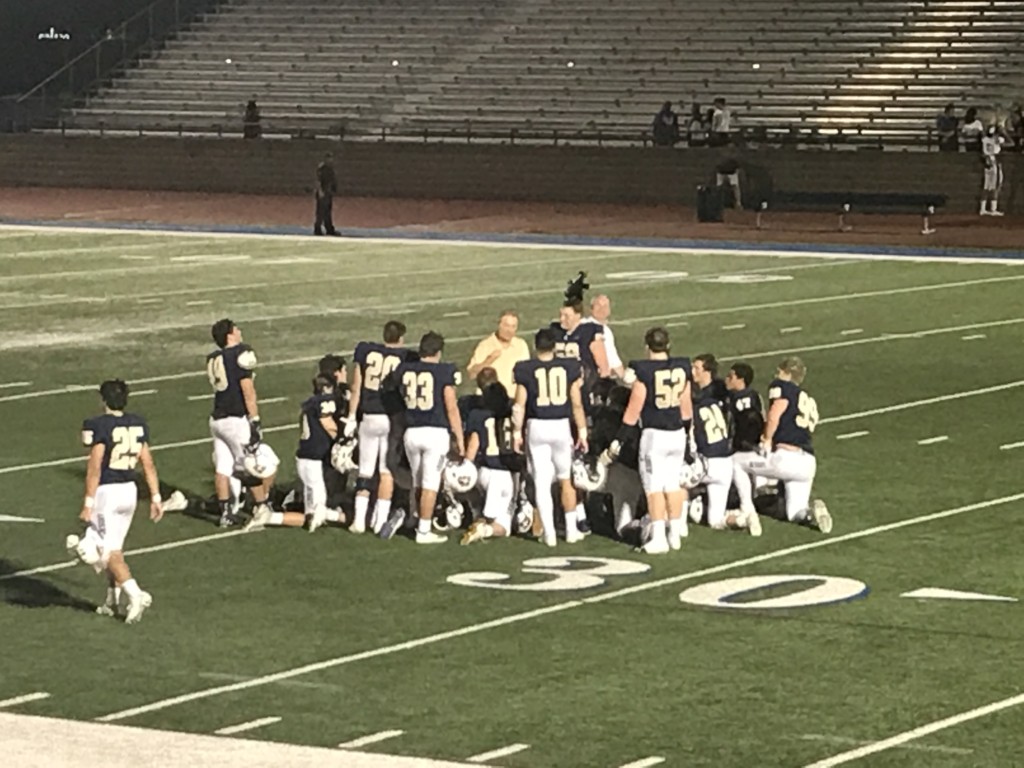 Looking to build off of the momentum of their Wylie win, the Rangers took on the Plano West Wildcats at home Friday night in their first district match up. Receiver E.J. Smith ’20 returned home for his second start of the season and made his presence known, scoring three of the Rangers’ five touchdowns. The Ranger defense was also near perfect, holding the Wildcats to just a field goal. The Rangers would go on to defeat the Wildcats 38-3.

Quarterback Rance Holman ’20 threw just under 200 yards and four touchdowns. Receiver Christian Allocco ’20 finally had the breakout game he was looking for, responsible for 65 yards and a touchdown on 3 receptions.

Jesuit’s defense started out hot, defensive back Chase Walker ’20 intercepting his first pass of the season with just five minutes into the game. The Ranger defense showed no signs of weakness in the first half, holding the Wildcats to just 75 yards of offense and no points to show for it. The Jesuit defense continued their dominance into the second half, as the Rangers held the Wildcats scoreless through 3 quarters. The Ranger defense put on a show Friday night, holding the Wildcats to just one 3rd down conversion, on only 215 yards of offense.

Defensive back Chase Walker ’20 captured his first interception of the year with a total of 6 tackles and a pass breakup. Linebacker Jack Barton ’20 once again had himself a night, accounting for 8 tackles.

After having himself a night, defensive back Chase Walker ’20 thinks the Rangers “can build off of this strong win” and “carry the momentum into the next game.”

Receiver Christian Allocco ’20 believes the Rangers performance “will only continue to improve”, and the receiver hopes he can “come out with that same energy the next game” as they travel to McKinney for their next District match up.

This week, the Rangers look to keep their win streak rolling as they travel to Mckinney ISD Stadium to take on the Mckinney Boyd Lions on Friday night at 7 p.m.

Stay tuned to The Roundup for more varsity football news and go Rangers!