More
JesuitRoundup.org is brought to you by:
Home Sports Basketball Rangers Go 1-1 in First Two Games of Second Half of District 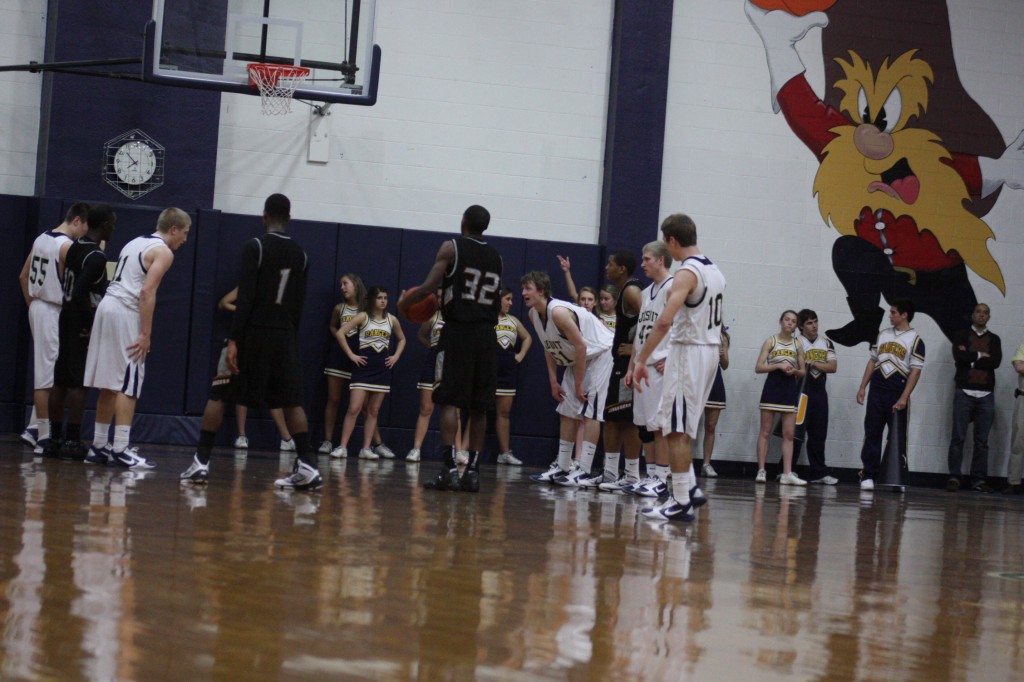 The week of January 24, 2011, featured the W.T. White Longhorns and the Richardson Berkner Rams on the schedule to start off the second half of district. 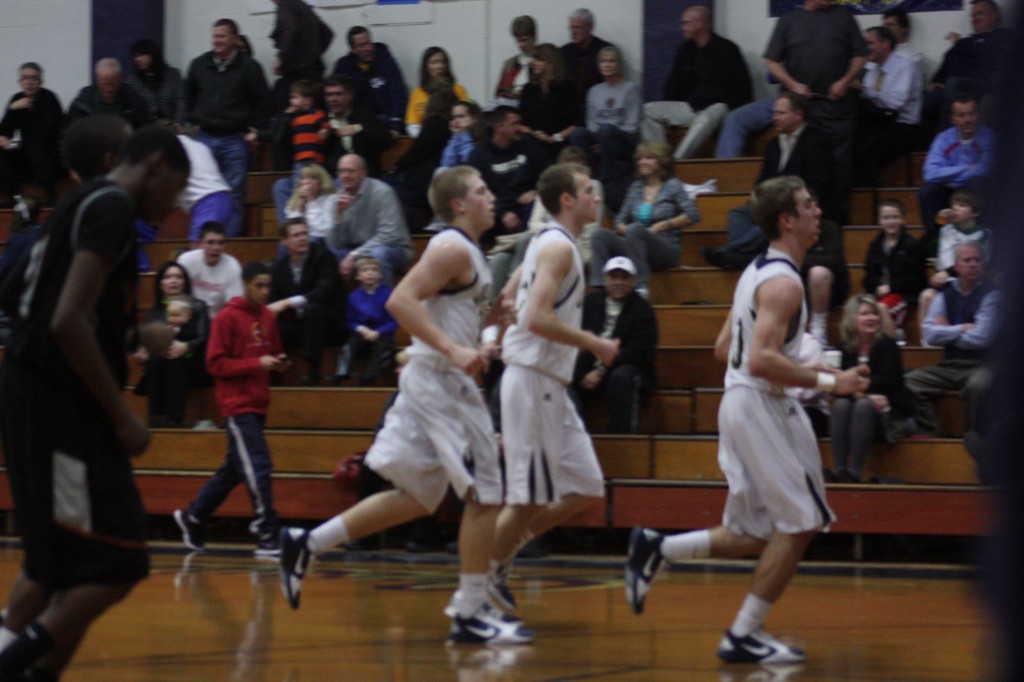 After a close 38-37 win over W.T. White the first time at Loos Field House, Jesuit was eager to make this game a little less interesting. The first quarter was a hot start for the Rangers as senior guard Jeff Schoettmer had 6 points, as many as the whole Longhorns’ squad. The second quarter though was a comeback quarter for White as they tied the game up by halftime, 23-23. The next quarter featured no movement for either team as both sides of the scoreboard read 36 after 3 quarters. The fourth quarter though displayed the great free throw shooting of the Rangers. As a team, Jesuit hit 10 of 13 free throws, including five from senior point guard Brian Wetzel. Sophomore forward Steven Spieth led the way for the Rangers, scoring 7 of his 15 points in the fourth quarter and adding 6 rebounds to his stat line. Schoettmer was next with 10 points and 7 rebounds of his own. Dharyll Thornton of W.T. White made a valiant effort, matching Spieth’s 15 points, but his team could not keep up as the Rangers triumphed over the Longhorns for the district sweep, 53-47. 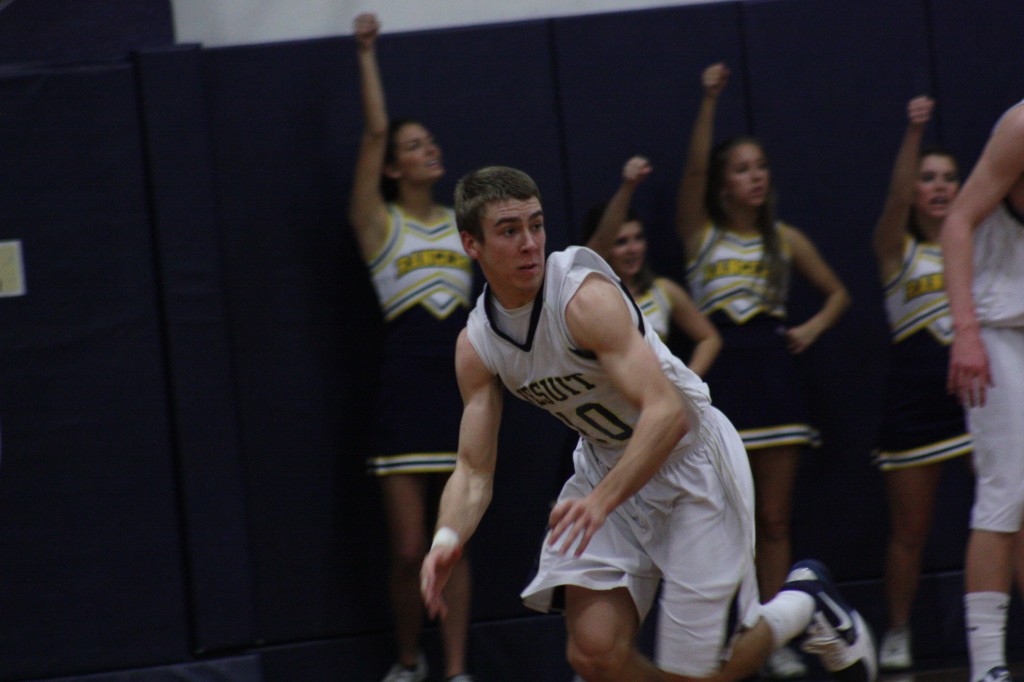 earlier in the season. It was a pretty evenly matched first quarter with the Rams getting just a little quicker start leading 12 to 9. The second quarter was all Jesuit though as the team went into the locker rooms up 24-20 at half. This was not unfamiliar territory for the Rangers as they were up 39-27 after playing a stellar half of basketball their first time playing the Rams. But, the boys were eager not to let this lead go. A slow third quarter for the Jesuit defense saw Berkner score 20 points and take a 40-36 over the Rangers. The fourth quarter was a fun one to watch for all fans in attendance. The game came down to the wire as both teams were fighting for a bucket on every possession. The Rangers capitalized on some mistakes by the Rams and found themselves tied 52-52 with about 30 seconds left. A motion play got the ball to Wetzel at the top of the key, who swung it to the opposite wing to senior guard Blake Vierling. He ripped baseline, getting past his defender and threw up a floater as the time ticked under 5 seconds. The ball hit nothing but net and the Ranger fans went crazy as Berkner called a timeout with what was originally 7 tenths of a second left. After much discussion though, the referees decided to add one second to the clock, leaving 1.7 seconds for the Rams to get off their final play. Berkner threw the ball all the way down court and caught it the top of the key, and 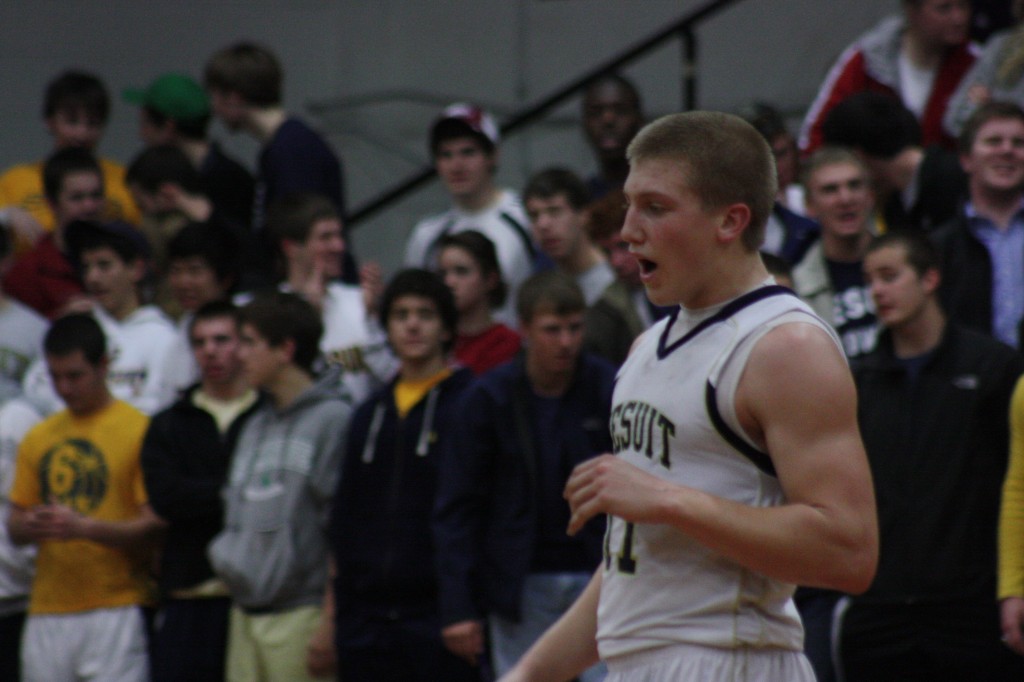 then they passed to guard Kendal Harris on a back door cut who laid it in as the buzzer sounded. The basket counted and the Rangers were headed to overtime with the first place Rams tied at 54. The four minute overtime was a tough, hard fought battle for both teams. Both teams fought to score on every possession, but the Rangers found themselves on the wrong end of the stick as the Rams ended up with the ball, 20 seconds left and a chance to win tied at 58. Once again they put the ball in the hands of guard Kendal Harris, who had 10 points in the fourth quarter and overtime periods combined. He drove the lane, drawing multiple defenders, and dished it off to post man, Jordan Mickey, who laid it in as the buzzer sounded once again, this time ending with the Rams ahead. The Rams celebrated as they had scored their second buzzer beater of the game and won by 2 to keep their perfect district record. 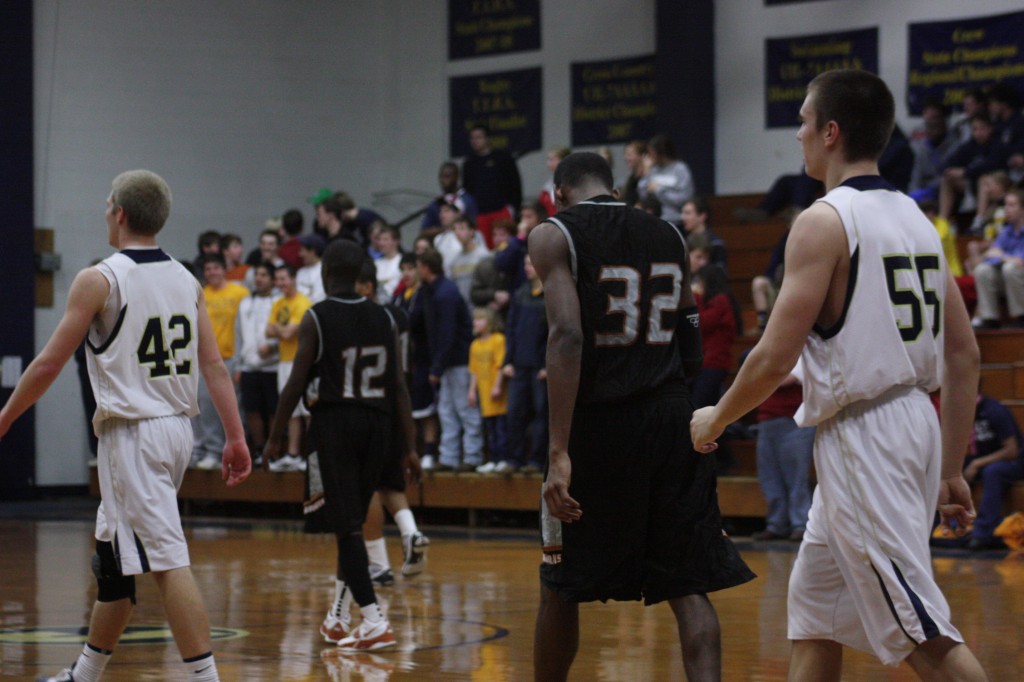 Harris and Mickey led the way for the Rams and had 19 and 18 points respectively. Wetzel had 10 points, 7 assists, 6 rebounds and 3 steals for the Rangers, but Schoettmer and Vierling led the scoring with 12 points each, none bigger than Blake Vierling’s floater at the end of the fourth quarter to put Jesuit up two. After a great contest, Berkner walked away with the win, 60-58. This pushed Jesuit’s record to 6-3 in district.