More
JesuitRoundup.org is brought to you by:
Home Sports Basketball Rangers End Week with Heartbreaking Loss to ESD in the KofC Championship 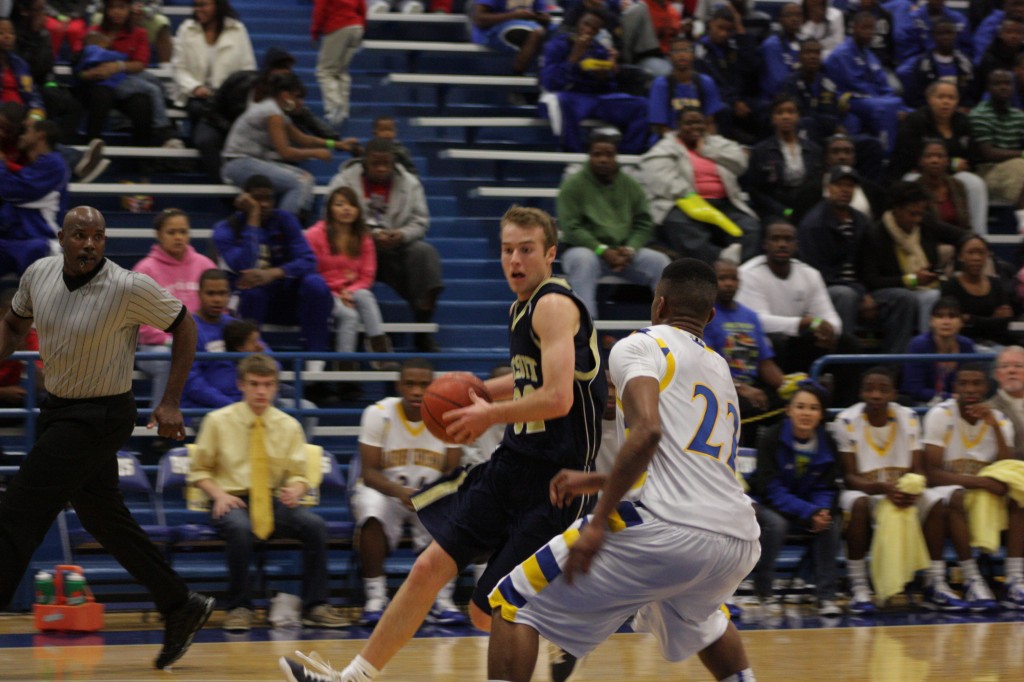 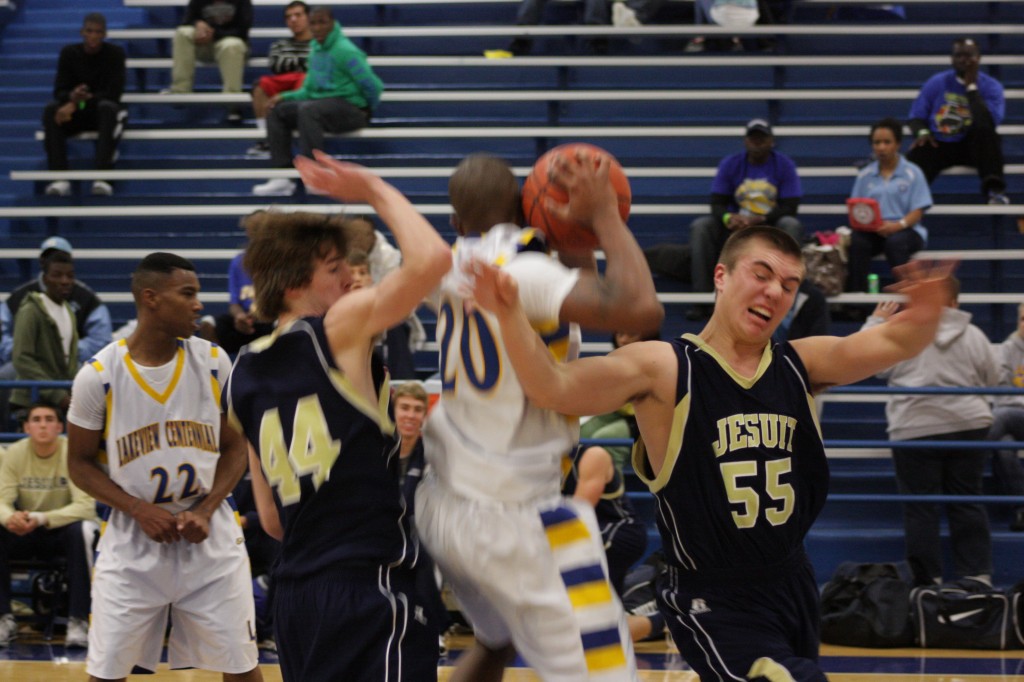 The teams were all square after one quarter, but there was trouble for the Rangers in the second and they took a 17 point deficit into the locker rooms at half. Jesuit beat the Patriots by 2 in the second half, but couldn’t do enough to make up for the first half loss. The game ended 61-46, Lakeview. Junior David Lacey had 16 points and sophomore J.D. Waggoner added 12 points of his own. Coach Hill had this to say of Tuesday night’s contest: “The game was a great experience for our guys. We found out what kind of intensity and ability it takes to play with Regional Champs. I thought we handled it well; we just got in too big of a hole early. But, overall, I was proud of our guys.” 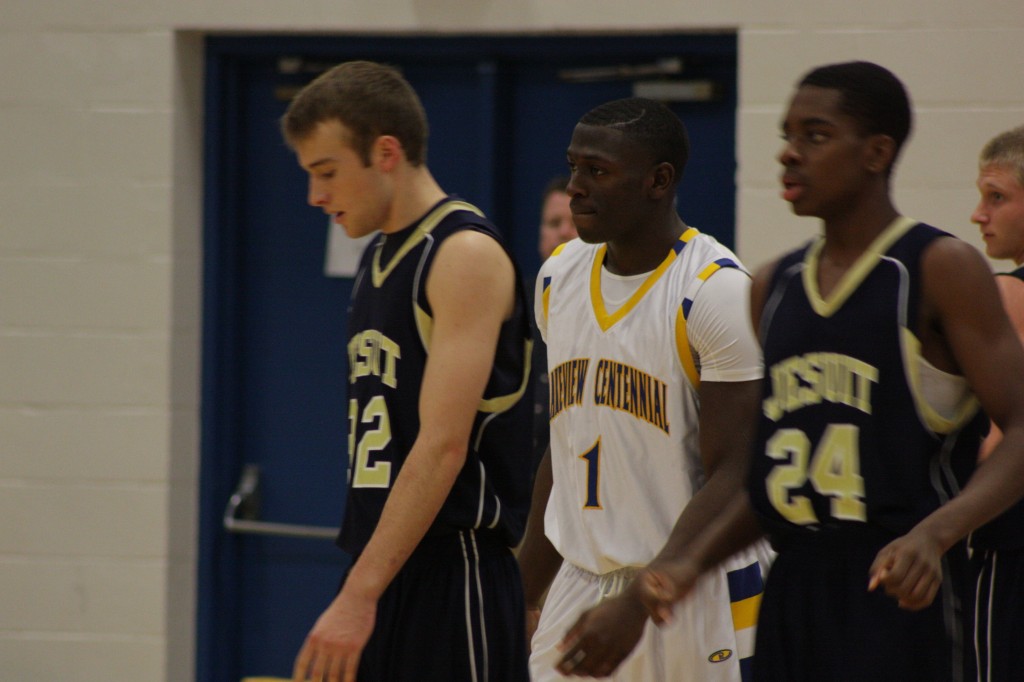 Tournament. Steven Spieth ‘13, Brian Wetzel ‘11, and Connor Henry ‘11 all still had to sit and watch the tournament from the bench due to injury. Thursday night’s game began at 7:30 against the Denton Guyer Wildcats, who were still missing many of their players because of their football team’s run deep into the playoffs. The Rangers beat the Wildcats in all four quarters, with the final score resulting in a 66-52 win for Jesuit. Lacey led scoring with 21 points and adding 7 rebounds and 3 steals. Senior Stephen Olson added 16 points, shooting 75% from the beyond the 3-point arc. This secured Jesuit a spot in the next round to face the Mustangs of J.J. Pearce. 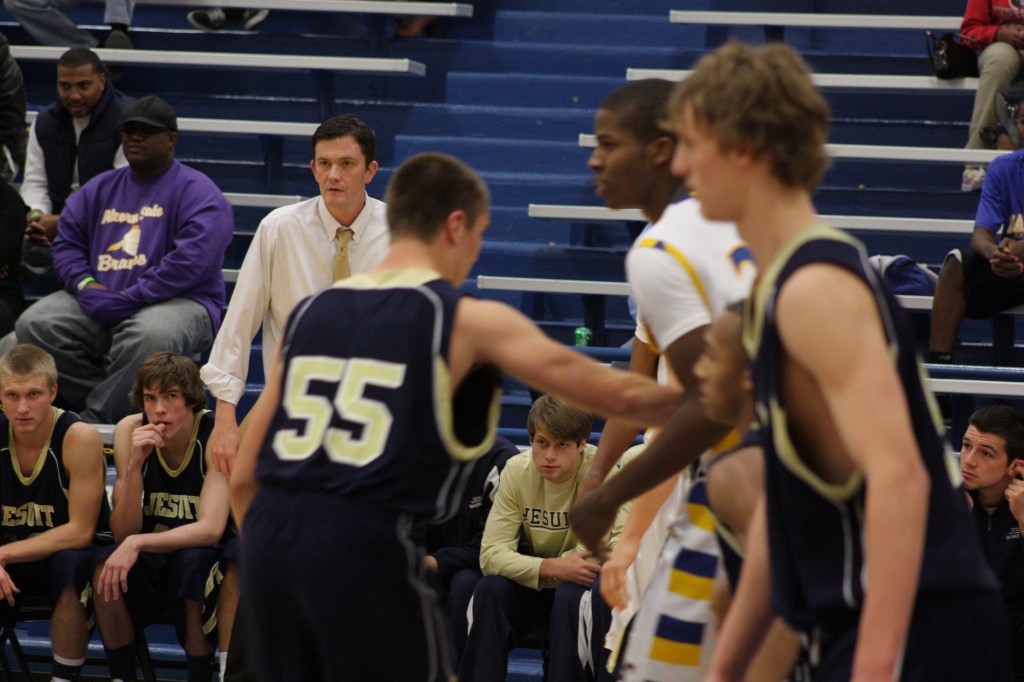 The game against the Pearce featured Jesuit’s largest win of the season, crushing the Mustangs, 54 to 34. It was never a contest as the Rangers’ transition game and solid defense was just too much for the Mustangs to handle. The scoring was quite spread out for Jesuit, Lacey leading with 12. But, junior Don Udofia added 11, hitting twice from long distance. Senior Blake Vierling and sophomore J.D. Waggoner also contributed, putting in 8 points each. The Rangers were on their way to the championship for the third straight year, trying to win the tournament for the first time in the tenure of head coach, Chris Hill. 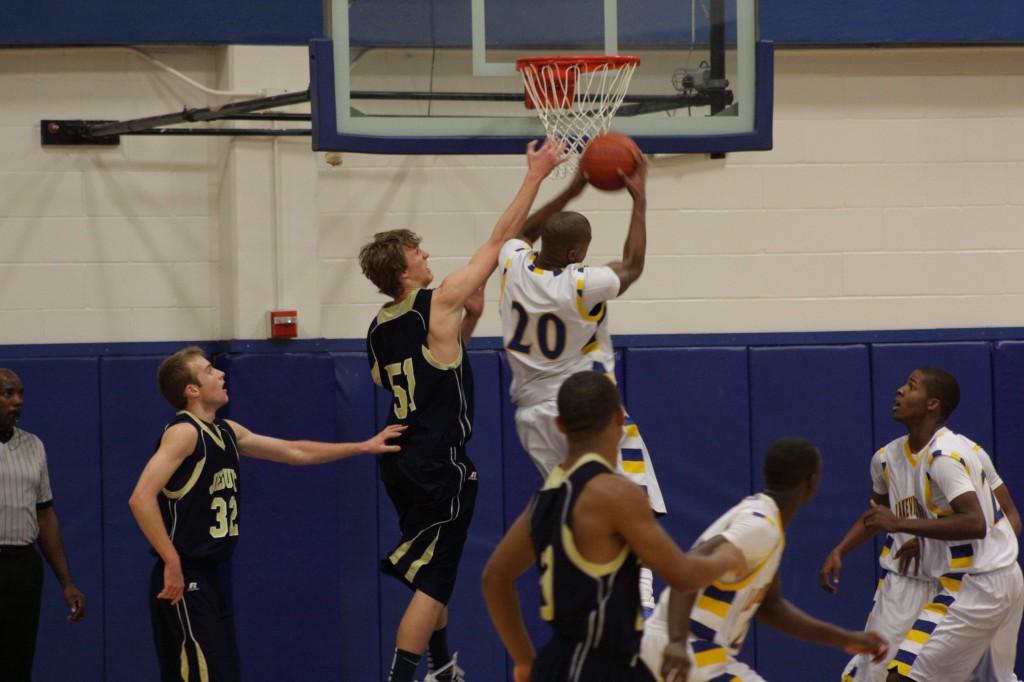 The team on the other side of the floor at 5:30 that Saturday evening was the ESD Eagles, who had beaten Mesquite by 6 and St. Mark’s by just 1 to squeak into the championship. The Eagles came out hot hitting almost every shot they fired in the first quarter. They got out to a quick lead, outscoring the Rangers, 24-13. That lead would prove to hold for the rest of the game as the Rangers could, once again, never quite climb out of that large early deficit. The game ended 67-57 in favor of the Eagles, but the Rangers cut it to 5 on a couple of occasions in the middle of the fourth quarter. Stephen Olson got hot in the second half, hitting 3 out of 4 three-pointers, but it still wasn’t enough to bring the Rangers back; he ended with 13 points for the game. Lacey and Vierling chipped in 11 and 10 points respectively. The end of the game was a disappointing result, but there was much good to take from the overall tournament. When asked about the team’s performance in the tournament, Coach Hill said, “The tournament as a whole was great, but if we play defense like we did against ESD, we are going to find it tough to beat many good teams. We still need to work on getting better defensive habits and playing defense as a team.” Senior point guard Brian Wetzel, still out due to his broken ankle from the football season, agreed with Coach Hill, saying, “We lost that tournament. We could have easily won, but we didn’t do the little things necessary on defense.” The second place finish in our home tournament for the third year in a row left more to be desired for these Jesuit Rangers.