More
JesuitRoundup.org is brought to you by:
Home Featured POP Goes the Eagles 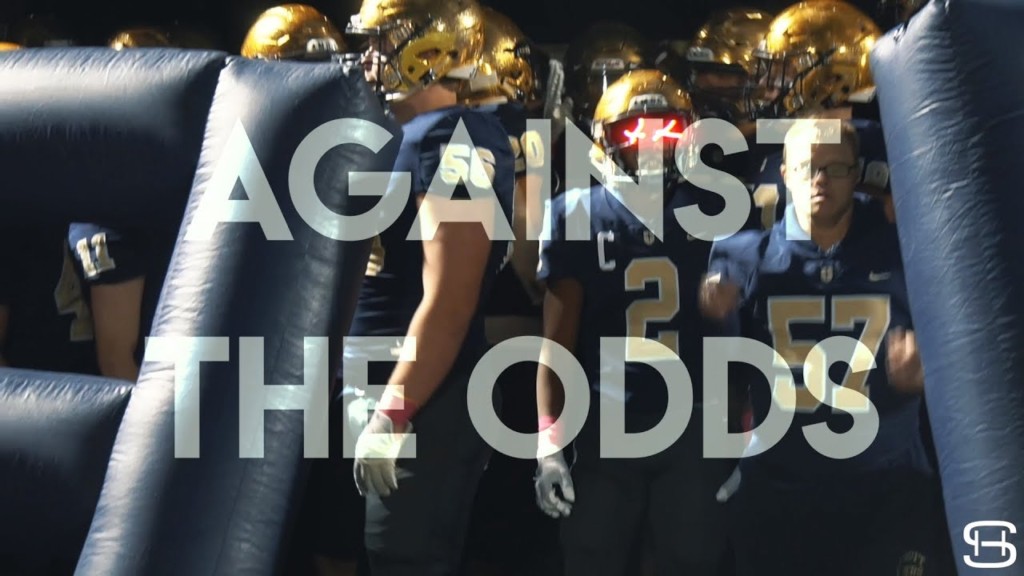 The Jesuit Rangers came to play this last Friday, conquering the Prosper Eagles in a 41-14 home victory. Previously undefeated, the Eagles crumbled under the Rangers’ near flawless execution of all three phases of the game, beginning with an interception by the Jesuit defense on the third play of the game. This huge play immediately shifted the momentum towards the Rangers, boosting the offense towards a spree of 20 unanswered points in the first quarter alone.

The Rangers refused to let up, maintaining a difference of at least two touchdowns for the remainder of the game before putting up another 14 points in the final quarter. “The bye week was crucial in our preparation for the game” explained quarterback Rance Holman ‘20; “the team was full of energy and unwilling to let the goal of a district championship fall from our grasp.”

Despite the score, the Rangers went into the game as the underdog, with nearly every game prediction favoring the Eagles. Leading up to the game, Coach Hickman asked the players, “You guys know we lost the game already?” alluding to the public opinions surrounding the program since its 2-8 record the previous season. These views failed to discourage the Rangers, who in opposition took a more aggressive stance with backs against the wall. “Forget the outside noise, we play for our teammates,” wide receiver Christian Allocco ‘20 noted, “that’s all there is to it.” This attitude of unity largely contributed to this week’s huge win and will remain an essential strength of the team as they face their final four opponents of the regular season.

The Ranger offense dominated the first quarter, maintaining momentum despite a failed two-point conversion attempt following their first touchdown. They kept the pressure on the Prosper defense for the entirety of the game, capitalizing on their stellar run game. Jake Taylor ‘21 scored two of the team’s six touchdowns, rushing for a career-high 170 yards. The additional four were secured by EJ Smith ‘20, who also contributed to the team’s total of 320 rushing yards. The Ranger’s success in the run game also resulted in a major deficit in time of possession, with Jesuit holding onto the ball for over 30 minutes as opposed to Prosper’s 17 minutes.

While not making up the bulk of the team’s total yardage, the Rangers’ passing game proved essential to their extended drives, often securing crucial first downs. Christian Allocco ‘20 led the team with seven receptions for 41 yards.

The defense brought just as much energy to the table, with Zach Pendola ‘20 snatching a tipped ball for an interception on the third play of the game. Building on their outstanding performance during the previous games, the players entered the fight with confidence and intensity. Jack ‘Pig Boy’ Barton ‘20 explained, “we had a good omen when the geese flew above our Thursday practice!”

Similar to their previous game against McKinney Boyd, the Jesuit defense held Prosper to a season-low of 14 points. Snuffing out the Eagle’s run game, they held Prosper to a mere 76 rushing yards, totaling less than a third of the Eagle’s rushing average thus far. Forcing Prosper into the passing game, the Rangers secured two more interceptions courtesy of Jack Barton ‘20 and Zach Pendola ‘20. Outside linebacker Mitchell Campbell ‘20 added passing pressure with the first sack allowed by the Prosper offense all year and also contributed to the four defensive turnovers, scooping up a fumble on a critical fourth-down attempt by the Eagles. Looking ahead, the Ranger defense eagerly anticipates the looming challenge ahead at Allen. “We are super excited for this week’s game against Allen. I’d play them today if I could!” said Jhalen Spicer ‘20.

With the Prosper game in the books, the Rangers prepare to face Allen, another undefeated opponent standing in the way of the district title. Battling for the lead, the two teams will face off at Eagle Stadium this Friday at 7 p.m. The Jesuit players approach the week with more excitement and energy than ever before. “I see no reason for teams to take us lightly moving forward. Allen better be ready,” said offensive lineman Branson Hickman ‘20. Come show your Ranger support as we fight for the top spot! #JezNation #BeatAllen

Check back to The Roundup for more on Jesuit Football!