More
JesuitRoundup.org is brought to you by:
Home Profiles Faculty & Staff Physics and Zumba–a Teacher Profile with Dr. Moed 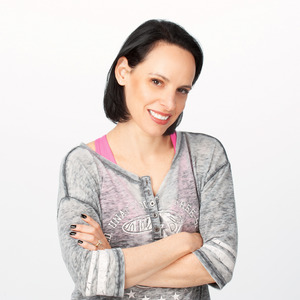 For our 2021-2022 school year, many new faculty members joined the Jesuit Dallas community. A welcomed addition is Dr. Moed, the newest member of our math department. Students will be pleased to discover Dr. Moed’s numerous accomplishments throughout her career.

Let’s start with particular subjects that interested you when you were younger.

The ones that interested me the most were always physics, Bible study, and literature, partially because I had a core tendency to enjoy those topics, but also because I had phenomenal teachers in all of them throughout my education.

Where did you go to college and what did you study there?

I got my bachelor’s degree in physics and then I got a master’s, both at the Technion (Israel Institute of Technology). And then, during masters in practical physics, I was sent to CERN: the European organization for nuclear research, in Geneva, to do my research there. While I was there, I got to know a more international community, not just the Israeli community of particle physics. Toward the end of my master’s degree, I got an offer to come and do my PhD in Switzerland at the University of Geneva. So that’s how I ended up leaving Israel and moving to Switzerland.

Throughout your education career, describe to me the best teacher you’ve ever had and the characteristics you liked about them.

I had so many great teachers.
There are few that I can name as those who inspired me the most, but there are others as memorable as well. My Bible teacher from seventh and eighth grade, Doris Alterzon, my physics teacher from high school, Noah Chodesh, and one of my physics professors at the Technion who is just a phenomenal lecturer, Prof. Arnon Dar. It was always so fascinating to listen to his lectures and he demonstrated how to teach physics at the higher level in an approachable way by explaining the simple basic principles so well and then building on that step by step.

Finally, I had an excellent mentor in particle physics during my PhD, Dr. Doug Glenzinski. He is a scientist at Fermilab. When I was sent to do my research there, I was lucky that Dr. Glenzinski was willing to serve as my local mentor at Fermilab. I learned a lot from him, mostly about performing data analysis in particle physics, but also about staying calm and pleasant even at times where there are stressful competitions, aggressive deadlines, exhausting schedules. He led his group by showing us how to stay focused through the noise…

Those four people set an example for me of how to interact with students, how to be a teacher/educator and how to focus on transmitting the passion of what you teach.

After your education, how did you translate your experience into the professional field?

I first applied that teaching method with my students at Harvard University during my postdoc and later on, when I moved to work as a scientist at Fermilab, I continued working in the way that I wanted to see myself being addressed by other colleagues in the academic world.

Given all of that experience, both in the educational field and in the research field, what ultimately led you to come to Jesuit?

I left particle physics because of family circumstances, but my passion for teaching and being around intellectual minds, asking questions and investigating what is around us, didn’t stop. It just took a pause. After several years, as my kids are now older, it was time to begin my ‘second career’. In the meantime, we found ourselves in Texas due to my husband’s job. I thought a lot about what I should do next, and every time it ended up going in circles and coming back to the same answer: I didn’t want to give up teaching.

The most influential role I can have as a teacher is on high school students who still have their minds open as to where their future can take them and what they can do with themselves. I can have a role in showing them the beauty and use of what I teach, instilling a love of learning and using their brains to think and produce results. Additionally, I love teaching boys because I have two boys of my own, it feels natural. Now I have many boys…
The mission of this school about teaching the whole person resonates with me because there’s so much more to a meaningful life than just getting the right answer. Straight A’s don’t guarantee a successful life outside of school. You need to live in service to the people around you. If you want to give something of yourself or be a part of something bigger, then you have to connect the dots. It’s not just being good at math. It’s also about being able to enjoy prayer time and football, community service and debate… The whole is bigger than its parts.

In preparation for this interview, I found out that you’re a certified Zumba instructor, and you have been for a while now. What led you to that?

I had no idea what Zumba was until I took a Zumba class. At the beginning, it was a bit awkward, because you have to duplicate all the moves, so I was always standing at the back and making sure no one sees me. But every time I took the class I moved up a row, and eventually I ended up finding myself in the first row with the people in the back telling me “we’re watching you!”.

It was after I resigned my job at Fermilab. The instructor was bringing me to the stage, and at one point, I just heard from multiple people, including the instructor, that I should get licensed. I wasn’t working anymore at the time and I wanted to do something part-time. So I said, “Why not? I love it.” and I went and got the license and then I left my one page resume saying I was particle physicist with a PhD- but now I would like to teach Zumba in a gym.

I thought no one would ever get back to me and it would just sit in a pile of other applications, albeit the weirdest application there. But within a couple of days I got a phone call from the group fitness coordinator inviting me to an audition. She asked me to prepare about 20 minutes of different songs: salsa, merengue, warm-up… So I came up with my 20 minutes. I put in the music. I did the warm up and then she stopped the music. I thought, “Okay, I’m done- she’s had enough,” but then she asked “when can you start?” So I started, and since then and I’ve never stopped. It’s been more than seven years. I love it. It gives me energy; It gives me life. It helps me get rid of my stress and my aggressions. I can take everything out on the dance floor, and feel very relaxed once I given it all I have.

Are there any similarities between being a Zumba instructor and a math teacher? Do you ever feel that math is like Zumba?.

Yes. The first similarity is the pace and patterns that we also have in math, but that’s a very technical comparison. I think that the bigger similarity is that when you teach something, you have to first make people comfortable with learning it. When I say comfortable, it’s not about being able to say that you are the best mathematician or the best dancer. That is by far not how I teach. Often, I’m not the best dancer at the studio. Many times, you have professional dancers there. It’s just about making people happy and making them want to do it with you. That is the major similarity between teaching math and Zumba. At the same time, I simplify; I can’t just enter the class and perform like I’m on Dancing With The Stars. You need to make people understand what they can do. So you start the lesson with a repetition of some simple moves, and then slowly, gradually, you add arms, you add some hips, you add some flavor into it, but you don’t throw it all in at the beginning, or else everyone would pack their bags and go. It’s the same with math, we build skills step by step. It’s like saying “Hang on. I’ll show you that you are capable,” and that’s true of any teaching.

Speaking of that extraordinarily impressive resume that you submitted to Zumba, many students look to you and your accomplishments as an example of what they’re aiming for in professional careers. What is one piece of advice that you would give to students or to anyone trying to succeed in academia or in having a successful life?

Whatever you do, do it because that’s what YOU want to do. Do it with passion and love. But also know that it’s not going to be lovable at all times. There will be difficult moments, and there will be sweat and tears; but the thing that will keep you going through the pain is the kernel of true passion.

Being successful and a high achiever in any direction at all doesn’t come for free. Whatever you do will require some sacrifices. It’s easy to make those sacrifices and put in the effort when you have full intention of doing it, because it’s your choice. It’s what you want to be, what you want to do. When you’re young, it’s easy to be influenced by people saying “This is a good thing to learn. This is a good department to go into. This will earn you a lot of money,” yet you see people afterwards regretting, asking why they didn’t take one more moment to think, “what do I really want?”

You should also remember that it’s okay to change your mind! Don’t do it every Monday and Thursday, but like I said, life has phases. Nowadays, the world is such that it allows us to change direction, to move our skills from one area to something different. So on one hand don’t be so fixed and afraid to make and change life choices, but on the other hand, think those choices through first.

Really it’s about following your inner flame. Sometimes it may fade, or you’ll get burned and need to take it easy for a bit, and sometimes it’s extinguished and changes to something else. Once you give the best of yourself because you want to, success, I think, is just a side effect.

Special thanks to Dr. Moed for giving us her time to conduct an interview.

Tune into The Roundup for more Teacher Profiles.