More
JesuitRoundup.org is brought to you by:
Home News Academics Phillips ’16 and Jordan ’16 Receive Perfect Scores on ACT 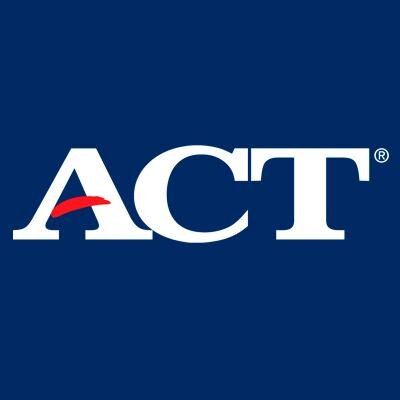 Unsurprisingly, many seniors place a premium on their college entrance exam scores, specifically those of the SAT or ACT, buying test prep books, studying with counselors, and taking countless practice tests. Thomas Jordan ’16 and Clay Phillips ’16 are no stranger to the process. After much preparation, Jordan and Phillips received perfect scores (36/36) on their ACTs, joining a very select group of high school seniors across the country.

Phillips commented, “I did do a fair amount of preparation for this test…after my first attempt at the ACT, I more actively sought out some outside help. I started going to my test prep tutor much more frequently and did lots and lots of practice tests, which I think were key in familiarizing myself with the test itself.” On the other hand, Jordan waited until “about [two] or [three] days before the test” to begin his preparation, when he bought “the ACT 36 book by Barron’s” and “sat down that day and did the entire book.” While learning the various subjects and information at school provides students with the knowledge they need to be successful, equally important is familiarizing one’s self with the test and mastering the art of time management. These skills are a necessity on a test that is designed to trick the test takers. Phillips’ and Jordan’s steps in preparation undoubtedly aided their success on the ACT.

After taking the rigorous four-hour standardized test, it is customary for one to feel a flood of emotions ranging from relief and satisfaction to anxiety and depression. Upon completing his ACT Jordan felt “confident that [he’d] receive a good score, but by no means anticipated a 36.” However, Phillips commented, “I was very concerned with my performance. I actually felt that the first test I had taken was much easier and that I had done worse on this one. The first three sections – Math, English, and Reading – were somewhat of a breeze, but I felt that I had done very poorly on the science section…A perfect score was not exactly an expectation initially.”

Fortunately, any feelings of nervousness quickly subsided for Jordan and Phillips as they received their score reports. Phillips especially felt a wave of relief upon viewing his score: “I just let it sink in a little bit and became very proud of myself, as all the hard work that I had put in had paid off.” Jordan contently noted, “It was a mix of surprise and excitement. I checked the morning the scores came out and my score shocked me. I thought I may still have been dreaming.”

A dream for many students, indeed. The 2013 scores for Texas ACT test takers indicate that the chances of scoring a perfect 36 are 1 in 1,492, or 0.00067%. Such a low rate means that Phillips and Jordan have joined an elite group, one that becomes highly desirable to college admissions officers. When asked if he thought his score would help him in his college search, Phillips commented, “Certainly a perfect test score is pretty attractive to colleges…I think that my score will put me one step closer toward gaining admission into all of the universities to which I am applying, hopefully resulting in a successful career for myself after college.” Jordan seems to think differently, noting that his score “will give [him] a check mark next to test scores for the admissions officers, but not much more.” Jordan believes that “these test scores mean a lot less than extracurriculars or grades.” Whatever the specific importance of a perfect ACT score, it certainly places them apart from the vast majority of college applicants, and the benefits of such an advantage will likely work wonders in the college application journey and beyond.