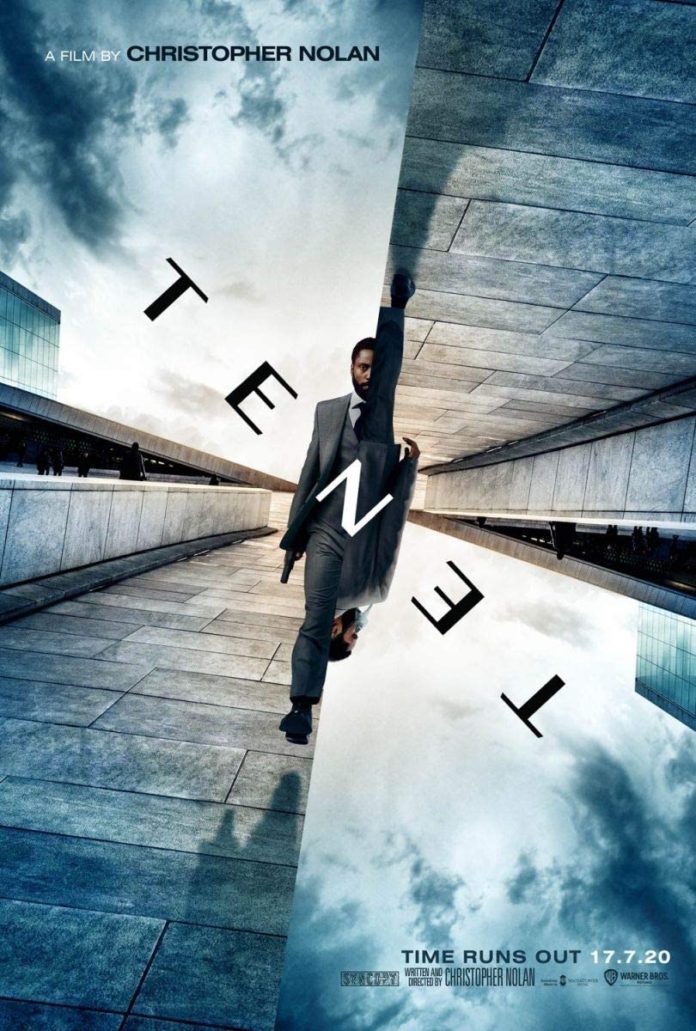 Last winter, the trailer for Christopher Nolan’s latest film, Tenet, hit the world. Intended to  release in the summer of 2020, it was delayed due to the pandemic. Now the film is playing in theaters, being the first major release for a movie theater in months. As a fan of Nolan’s work, I couldn’t be more excited for this film. While a solid film, Tenet epitomizes Nolan’s strengths and weaknesses as a storyteller.

The plot of Tenet is “A secret agent embarks on a dangerous, time-bending mission to prevent the start of World War III.” I took this plot straight from the internet and that is probably the easiest way to describe the plot. The plot to Tenet is a daunting one, filled with a globetrotting story and time travel mechanics that are simultaneously simple and quite complex.

I myself have seen the film twice, and I still don’t fully understand the plot. However, the second viewing did help my understanding of the plot a lot more. Tenet is a film that puts all its chips on the plot and provides little focus on character. John David Washington’s the Protagonist (yes, the main character’s name is simply the Protagonist) doesn’t have much going for him outside of Washington’s undeniable charisma.

I felt intrigued by the Protagonist, but I left desperate for something more to him. The Protagonist’s connection to the plot stems from his skills as a spy, not due to any emotional ties with the story, which is not inherently a bad thing. Tenet is very similar to films of the Bond Franchise. However, in the best of those films, Bond generally goes on a mission, only to find out he is becoming emotionally involved, whether that be a villain from his past or finding a relationship with a love interest.

While Tenet has that, it feels a little undercooked. But, where the film lacks in character motivation it succeeds in pacing. There is no moment where the momentum stops. The plot always moves, even if it happens to gloss over some character beats.

Despite plot issues, the acting in this film is top notch. John David Washington gives one of the most charismatic performances in a Nolan film. Robert Pattinson as Neil absolutely kills it, possibly the best performance in the film. Kenneth Branagh as the main villain, Andrei Sator, brings so much fun to the role that I accepted some of the hammy bits. Elizabeth Debicki as Kat works as the most emotionally resonant character, even if her plot as a mother is fairly cliché.

Minor Spoilers Ahead (Nothing plot related, but if you want to go into the movie knowing nothing skip the first couple of sentences.)

Tenet is an absolute cinematic wonder, with stunning effects and action sequences. There is a heist scene where they drive a plane into a building. No CGI, no green screen, they took an actual airplane and drove it through an actual building! And that’s only in the first act!

The Filmmaking: No Spoilers

Christopher Nolan is in many ways a classic filmmaker. He still uses film, uses very little CGI, and uses a lot of practical sets and old analog visual effects. In a time where every major blockbuster is a remake or based on a comic book, Nolan is out making films with original scripts for two hundred million dollars.

There is not a single moment in Tenet where Nolan’s multi-million dollar budget doesn’t show. Whether it be through stunning action scenes, or a script that takes the Protagonist to multiple locations, Nolan wanted to challenge himself again by making his biggest film to date.

Also, the sound design is odd. There is a dialogue scene on a boat where the boat sounds drown out the dialogue. This wouldn’t bother me that much if Tenet wasn’t a film where the viewer has to pay attention to every line of dialogue. However, the loud explosions, gunshots, the music, and Hoyte van Hoytema’s visually sumptuous cinematography on a massive IMAX screen leads to one of the best theater experiences of my life.

In Context with the Rest of Nolan’s Work:

Nolan is probably the most acclaimed blockbuster director working today, but his first film, Following, was made for a mere seven thousand dollars. Despite the large budgets and advanced technology Nolan has at his disposal today, many traits in his work today can be seen in Following. Nolan’s next film Memento really brought him in the mainstream, working with actors Guy Pearce, Carrie-Anne Moss, and Joe Pantoliano.

Nolan’s next two projects are arguably the best of his entire filmography, The Dark Knight and Inception. Both films are not only important to Nolan’s filmography, but the film industry in general. I happen to find that both films also strike the best balance between spectacle and character.

The Dark Knight is also Nolan’s first film to use IMAX cameras, evolving his style into what it is today. Nolan shoots with a very formalistic approach, with very few shots that bring attention to itself. However, since he started using IMAX cameras, Nolan has created much more memorable and stunning images that have stood the test of time.

Nolan became more excited by larger films rather than tighter ones. Many of the issues in The Dark Knight Rises are present in Interstellar. Interstellar is a great film, but it is far from perfect. In 2014, this was Nolan’s biggest film to date, and the scale and spectacle present is only rivaled only by Kubrick’s 2001: A Space Odyssey. Interstellar has a quality of being brilliant at times, but riddled with many minor annoyances.

Finally, the last film Nolan made before Tenet is his WWII epic Dunkirk. Dunkirk is one of Nolan’s most interesting films, because it has no true characters. Instead we follow young men who are experiencing the war. Experience is a key word in describing Dunkirk, due to its plot that follows many characters and their struggle in war. While it’s not the best war film I’ve seen, Dunkirk surely is the most exhilarating.

This is also a full disclaimer. I still really love The Dark Knight Rises, Interstellar, and especially Dunkirk. Those films are all great, but hold some of Nolan’s weakest screenplays.

So how do Nolan’s previous films affect Tenet? Well, Tenet epitomizes Nolan’s filmography. I’m gonna compare Nolan to another filmmaker, one I don’t like nearly as much. Michael Bay’s 6 Underground is the Michael Bay equivalent to Nolan’s Tenet.

Tenet is unadulterated Nolan, with all the great things, and the few flaws Nolan’s films have. It has the most naturalistic cinematography, undeniable scale, a confusing plot (Nolan’s most confusing yet), and all the BWAM’s that have become more and more common in his films.

I left Tenet pleased and stunned. Sure, it is one confusing picture, but a few more viewings do enhance the film. I’ve heard debate over whether or not a film that confuses the audience this much means the audience is too slow or if the storytelling is weak.

While I don’t consider Nolan to be a weak storyteller, even if the storytelling in Tenet is some of his weakest, I don’t think the audience is slow either. I’m gonna paraphrase what film critic Mark Kermode said about Tenet‘s confusing narrative.

“I left Tenet with loads of questions. But unlike films like The Prestige or Inception where those questions were philosophical, Tenet left me with questions purely technical.”

For me, Tenet is Nolan’s most ambitious and technically stunning film to date, even if it is still not his finest. And with that I give Tenet a 4 out of 5.

(If it seemed like my review was fairly negative for a four out of five rating, keep in mind I’m critiquing a Nolan film. Most of these flaws are borderline nitpicks, but important nonetheless.) 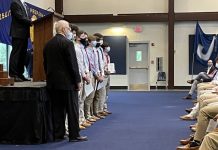