More
JesuitRoundup.org is brought to you by:
Joan A Degen    Suzanne and Clark Durham    Carl & Theresa Motter
News Profiles The Father of Aerobics – My Interview with Dr. Ken Cooper
Facebook
Twitter
Email
Print 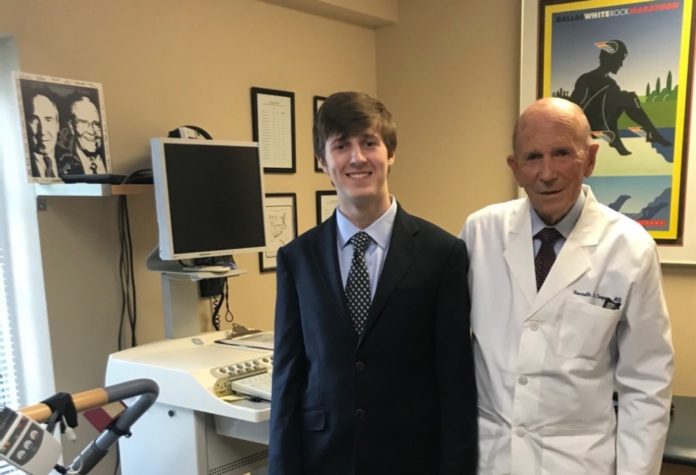 Have you ever discovered an idea that you believed in “heart and soul” to be right and worthy, but your peers rejected your beliefs and perhaps even ridiculed you? Still you managed to endure the naysayers and hold fast to your conviction — until gradually, over time, you were proven right?

Such was the personal experience of Dr. Kenneth Cooper, Founder and Chairman of the internationally renowned Cooper Clinic and The Cooper Institute.

He is affectionately known as “The Father of Aerobics” for his pioneering efforts and discovery of how regular aerobic conditioning can help create a healthy heart and prevent heart disease. His discovery shifted thinking to a preventative health approach – a radical new framework. Previously, the vast majority of the cardiovascular medical community believed there was no correlation with physical fitness and some even cautioned that strenuous/vigorous exercise could do the heart harm. 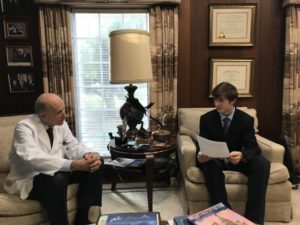 With the New Year upon us and the likelihood that your many resolutions include a better physical condition, it seemed appropriate to dedicate this article toward that noble endeavor. So I spent an afternoon recently with Dr. Cooper to hear his views and got briefed on the latest developments in the health and wellness field.

Who would you say your mentors were as a young man?

Dr. Cooper: “As a young man, my father probably had the biggest impact on my life. He taught me discipline and a good work ethic. I’ve carried those two things throughout my career. My other mentor was one of my school science teachers in high school. She predicted for me to do great things in the future of the field of science. In medical school in Oklahoma, Dr. Ray Lindsey was one of the foremost doctors in the state. I spent 3 months there as a senior in medical school. I thought I should come back to school after I graduated to practice medicine, but he called me to his office before I left. He said, “Ken, you have far too much to offer to stay here at medical school.”

Why did you decide to join the military, more specifically the Air Force?

Dr. Cooper: “Well, I had to, as I was deferred from medical school. After I finished my internship, I had to pay the military back two years. I joined the Army and became intrigued by flying, so in 1960, I transferred to the Air Force. After a while, I made a goal to become an astronaut, but in 1970, I decided it would take too long and that there wouldn’t be as much of a demand for astronauts by the time I finished training.”

What are three things most people don’t know about you? 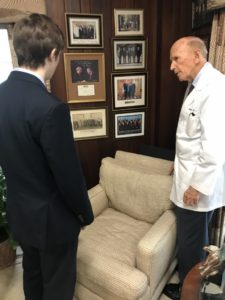 Dr. Cooper: “Three things most people don’t know about me are: 1. One of my sinful pleasures is chocolate chip cookies 2. I played clarinet in high school when I was in the band 3. I won second in the state badminton championship in Oklahoma.”

Dr. Cooper: “The hardest part of my job is dictating and answering all the questions that bombard me from all over the world.”

Your views on cardiovascular health were first not widely embraced by the medical profession. What did you see then that others did not at that time?

Dr. Cooper: “It’s an understatement to say that I fought an uphill battle. My first book came out in 1968, and shortly after many articles were published claiming that ‘the streets are going to be filled with dead joggers if people start following Cooper.’ No one had any scientific data on a correlation between exercise and cardiovascular health. I was collecting data even in the Air Force. When I came to Dallas in 1971, there were great reservations about conducting cardiovascular stress tests. Fast-forward to November 2016, and the Journal of American Hearts Association said that ‘a person who doesn’t take a stress test cannot complete a full fitness and health exam.’ What I was originally criticized viciously for is now mainstream. We’ve now passed over 225,000 stress tests.”

At what point did you know that that data could be used to increase the longevity of people’s lives? 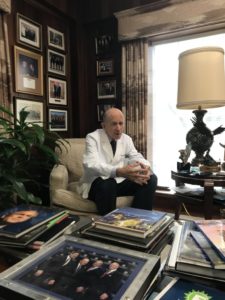 Dr. Cooper: “We started collecting data in 1970 on treadmill time, storing it in a shoebox. In 1984, I was on the television program ‘Nightline’ debating Henry Solomon, a cardiologist in New York City. He said, ‘You have no data that proves exercise does anything but make you feel good. We know that people who exercise are less likely to be depressed and have a better self image, but there’s no correlation to increasing life expectancy.’ On national television I said, ‘Dr. Solomon, you’re right, but I’ve been collecting data since 1970 which says otherwise and will blow you out of the water.’ Prior to 1989, exercise was considered ‘dangerous,’ now it’s considered mainstream.”

What inspired you to continue your mission of collecting data when many peers disagreed with you?

Dr. Cooper: “Success with our data. We published over 700 papers showing what we were claiming was correct. Many of my peers violently opposed what I was claiming.”

Can you summarize what your many years of research has proven?

Dr. Cooper: “Its proven that you can prolong life with exercise.”

Are you at all shocked that our nation still isn’t where it should be healthwise? What are the major deterrents to this factor? Fast food? Dr. Cooper: “Well, we’ve gone from 13% of our children being obese back in 1990 to 36% today, and 33% of our adults being obese in 1990 to 70%. The obesity epidemic is unprecedented. Adulthood diabetes is a major issue. One of the main questions I’ve been asked is, ‘Why have our kids become obese?’ I tell them 1. We eliminated many PE courses years ago because we thought we needed a more in-depth math and science curriculum. 2. Kids aren’t walking or riding their bikes to school anymore like they used to, they’re being driven to school or driving themselves. 3. They’re spending up to 9 hours a day now sitting at their computer, on their phones and watching television. It also doesn’t help that over 49 million Americans eat at fast food restaurants everyday. We have found that our work here in Texas can significantly improve the average American’s health by changing diet and exercise regimens.”

In France, schools offer an hour for physical fitness in the middle of each school day. They don’t just rely on an extracurricular sports team for physical fitness. What is your view on this, and how could this be implemented to benefit health in the US?

Dr. Cooper: “I actually have used that statistic in my presentations. France’s adult obesity is 20% compared to our 70%, and they’re way ahead of us. I think that if we could incorporate that, we could catch up. The Europeans and Chinese are already focusing on physical fitness and its impacts.”

Do you have a message to share with the Jesuit student, faculty and alumni body to stay physically healthy?

Dr. Cooper: “Set an example. You can’t set an example unless you strongly believe in what your doing; in this case being physically fit.”