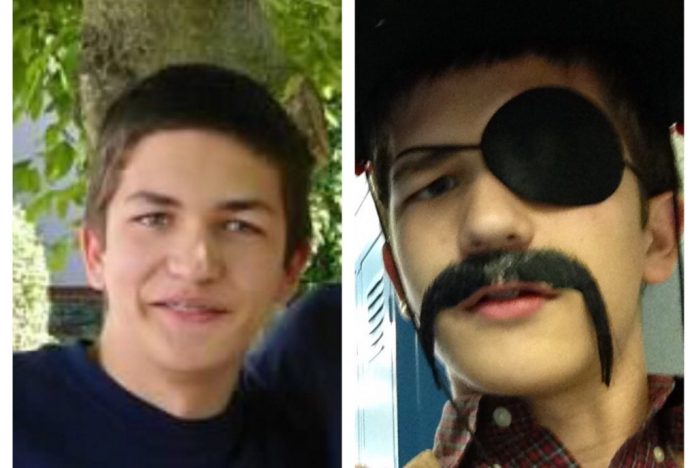 “Übung macht ein Meister.” A simple phrase we all hear growing up on sports teams, clubs, and in school.  Your parents have probably said this to you once or twice, that is if you speak German.  So, for all the non-fluent German speakers out there, this phrase literally translates to “practice makes a master or practice makes perfect,” according to Reed Zimmermann ’19.  Reed is close to being fluent in German, along with being fully fluent in English as a freshman at Jesuit College Preparatory School.  His linguistics don’t stop there, he also speaks a great deal of Mandarin Chinese. One might say that Reed is possessed with the fire to learn as many languages as he possibly can.

Born in Dallas, Texas, Reed was a pretty traditional child. Aside from being of German descent, and from growing up around the language a bit in his home, Reed was never formally taught German. Reed was a bright child, eager to learn about whatever he could get his hands on. But, with learning a language, it isn’t as easily grasped by a child as things like Legos or Lincoln logs are. Unless a relative came into town, or on the occasion that he heard his father speak it, he didn’t have the resources to immerse himself in the German language.

Fast-forward to the latter months of Reed’s 7th-grade year. He attends Lakehill Prep, a private school in the middle of Dallas. It is here that Reed truly recognizes his passion for language. As a part of a foreign exchange program Lakehill had set up with a school in China, Reed met many Chinese boys and girls, all of whom would leave a large impact on Reed.  “At Lakehill, my old school, there were a bunch of students from China I would talk to,” remembers Reed.  He also explains the that “they are the reason I’m learning Mandarin.” He spent large amounts of time in his day getting to know them and since he couldn’t communicate with them in their native language, Reed decided to take upon himself the task of learning Mandarin Chinese.  Through the end of his 7th-grade year and continuing through his 8th-grade year, Reed taught himself Mandarin through a few apps and programs.  Also, when he could, he talked with the foreign exchange students from China.  This first-hand experience caused him to pick it up more easily than most people trying to learn a new language.

On top of Mandarin, Reed hadn’t forgotten his fascination of the German language.  Similarly, late in the 7th grade, Reed had a real urge for the first time to learn German.  “I had the relatives all my life and my dad spoke German too, but I didn’t really want to learn until late 7th grade,” explains Reed.  Not knowing exactly why he decided to start the study of this language at this time, he said, “I think you would understand. Just like your freshman self that you talk about [being] so different from you now, my sixth-grade self is different from me now.”  Showing few signs of his age, Reed’s in-depth understanding of language leads him to learn at an increased rate compared to others trying to do the same thing.  He tackled this language just as he did with Mandarin, using multiple apps, programs, and self-teaching methods over the course of the next year.  It was during this time that he really developed a strong understanding and appreciation of the language.  Like with the Chinese exchange students, Reed practiced his German with his family when he felt that he had a solid grasp on it.  He later concluded, “I feel closer to my family because I can speak their language, even though they already know English,” detailing how German has also become helpful to him in his home.

Fast-forward to the present year, where Reed furthers his linguistic studies as a freshman at Jesuit College Preparatory School.  Enrolled in an advanced independent study, a Mandarin 3 class, he can apply his self-taught knowledge to the class.  But, although he impresses his Mandarin teacher, another fan of Reed’s linguistics is, ironically, his English teacher, Mr. Berry ’07.  Mr. Berry remarks, “he has a very good vocabulary and his interest in languages has improved his English.”  Mr. Berry offered further insight when he said, “there’s an interesting dichotomy that develops between somebody who’s learning a language as a second or third language and somebody who learns it as their first language.”  He went on to say, “when you study a language as a foreigner you pay a lot more attention to grammatical rules and spelling…a foreigner to some extent has to learn through study rather than day-to-day life.”  Reed makes an impact on both his English and Mandarin teachers while also being able to maintain his close to fluent German.

Along with being a skilled linguist, Reed is very evolved in a plethora of various clubs, teams, and organizations.  He is a gifted musician and a member of the Jesuit-Ursuline Ranger Band. His talents include playing the piano, the violin, the trumpet, the flute, and most recently the drums. Apart from band, he is also a member of the orchestra over at Ursuline, which includes students from Ursuline, Jesuit, Cistercian, Greenhill, and a few other schools in the area. He is also involved in the Jesuit Engineering club, as well as math club. Separate from school, Reed practices karate, so if you’re looking for a quick spar, he’s available. Most recently, though, Reed tried out for a prestigious group of musicians, the best in the region, impressing the instructors and becoming a member of the All-Region Symphonic Orchestra, on first violin part and 15th chair in total.

All talents and skills aside, Reed is a young philosopher trying to make his way in the world, concluding, “every language offers a different way of looking at the world…there’s so many things in a culture that you can’t master the language until you learn how it works and how people think in it.”  Reed presented me with a quote from Nelson Mandela, “if you talk to a man in a language he understands, that goes to his head. If you talk to a man in his language, that goes to his heart.”  Wise in his words, both linguistically and philosophically, Reed continues to amaze people with his promise.

With all this talk about how gifted and promising Reed is, one can overlook some of the simple things that also factor into this great kid. Although he is a true prodigy in most of the things he does, Reed is also a teenage boy, meaning he has dreams, loves, and desires. I asked Reed what he liked and he explained that if he actually answered fully, it would take a book to write it all down. So, with that in mind, Reed summarized his passions, explaining, “I like music, math, science, languages, karate, track, and Youtube.”  This phrase explicitly depicts how well-rounded Reed Zimmermann is and demonstrates that there is more to Reed than meets the eye. 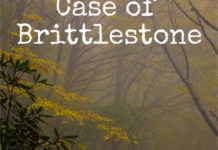