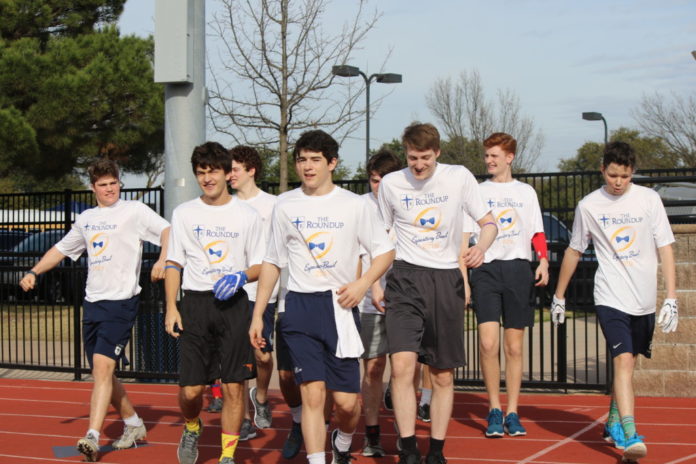 What comes to mind when you think of the most iconic underdogs in sports? Rudy, Rocky Balboa, The Roundup?

In the end, the final score was 12-24 for the varsity football team.  However, during the final play of the game, The Roundup nearly made a successful 13-point conversion from the 50-yard line.  Thus, it was a nail-biter until the end.

After winning the coin toss, The Roundup drove down the field with purpose, stringing together first down after first down.  Quarterback and Editor-in-Chief, Emmet “Chief Beef” Halm, lasered the ball through the varsity football defense, connecting with Jack “Pig Boy” Barton and Ford “Stank Tank” Buckner.  Finally, JJ “Big Dog” Tellez ’19 snagged a miraculous catch in the endzone after blowing by multiple defenders.

“We put it all out on the field.  I’m very proud of all our writer-athletes.  You could tell that the months of writing articles and running to gather quotes paid off in our physical prowess and dexterity,” noted Halm ’19. 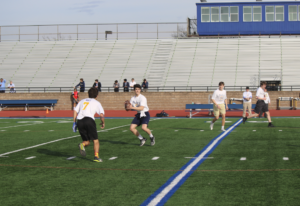 In the backfield, staff writer Joseph “BU$K” Buskmiller and Managing Editor Reed “Big Z” Zimmermann pounded the ball down the field. In fact, the dynamic duo in the backfield racked up so many yards, that the statistician was unable to keep count due to disbelief. 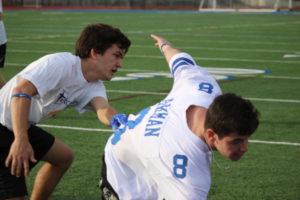 “I don’t think Jesuit Athletics has ever seen such an epic battle of brute strength coupled with remarkable technical abilities from both sides.  I am very proud to have been able to represent The Roundup.  It was a good fight down to the last play, but in the end, we didn’t want to further embarrass our Jesuit brothers after a long, disappointing football season.  We decided to let them have one win (and one game) in the postseason,” commented Zimmermann ’19.

On defense, Barton ’20 secured two interceptions for The Roundup.  Buckner also caused and recovered a varsity football fumble in the endzone, scoring The Roundup‘s second touchdown.

Degen explained, “My extraordinary coaching skills, kept secret from not only the state but the country, silently plotted to make it appear as if there were a chance for the opposition.  We were just merely toying until we pulled out the final plays; it’s all surreptitious.”

“Dr. Degen and assistant Coach Asche are on a whole other level coaching.  The Roundup kids played great and their effort was outstanding; we just missed on a couple of opportunities. Degen has more Expository Bowl wins than Tom Brady does Super Bowl rings,” remarked Coach Hickman. 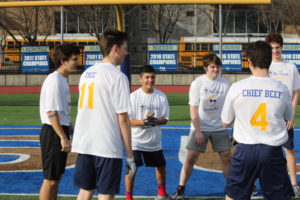 Overall, it was a fun experience for all involved and helped build a sense of community.

“I think The Expository Bowl is very fun and it’s a once in a lifetime opportunity.  I think both sides had a good time and were good sports about it,” explained football player Matthew Johnson ’19. 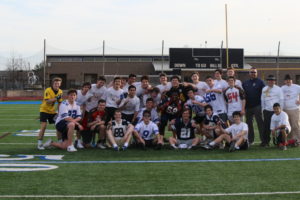 Stay tuned to The Roundup for the latest varsity Roundup and varsity football news!